The Will to Win: Humphrey Walters by Bernardo Moya

Home The Will to Win: Humphrey Walters by Bernardo Moya 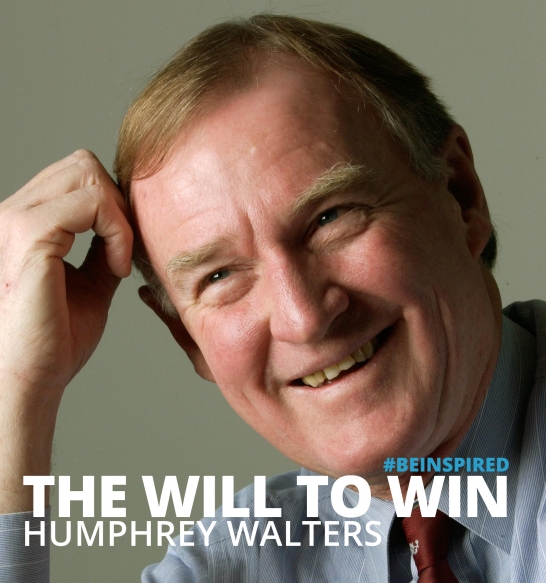 A powerful public speaker and expert on leadership who has inspired the very best, Humphrey Walters knows how to get things done – and he’s tested his ideas in some of the world’s most extreme conditions.

After growing up in West Africa, Humphrey was sent to England at the age of 12 and didn’t see his parents again till he was 20. He is convinced this helped him understand people better.

“What that developed in me… is the ability to integrate,” he says. “I had to stay with families so I did whatever they did and it taught me how to integrate, taught me self sufficiency, all the things that I really value and, in fact, have really made me what I am.”

So, did his prolonged separation from his parents to him harm?

“It was very interesting. I had a close relationship with my parents when they came back and that was all fine,” he says.

Seeing so many different parents and the ways they interacted with the world was a learning experience.

“I would watch the dad who might have been a lawyer or a coffee broker or a teacher, how they operated and I just thought ‘wow, you know, one day maybe I can use some of these examples.’ So it’s all about observance and taking ideas and saying ‘I can do that in my own way.’”

Characteristically humble he does not consider himself academically brilliant. Indeed, he laughs when he says he moved to Canada to take a degree in PPE because it “was the easiest degree in the planet… They had a great entry system. If you were capable of physically walking through the gates and sign your name, they’d have you.”

Flexibility and willingness to learn have been the guiding light of his life. Variously a journalist interviewing people about success, a writer, a consultant and a teacher showing top businessmen how to write more effectively, he has continually adjusted. His early writing work gave him the opportunity to watch some of the most powerful businesspeople in the country operate and one of his early mentors was Marcus Sieff, Chairman of Marks & Spencer. He built on the skills he learned to set up his own business running a management training company for 20 years.

Always learning and changing, his life took a dramatic new direction in 1995 when he realised he needed a new challenge. He sold up and, aged 55, decided he properly test his theories about leadership in some of the world’s most extreme conditions.

He says he was “passionate about leadership” but adds: “What I realised was that most of the people who wrote about it had never really done it,” he says. “I decided for the rest of my career I was going to examine what you do with leaders and teams when times are tough.”

Was this sudden change daunting?

“My professor at university had told me that you can be an expert in anything in two years… So I decided to get out there and find a case study,” he says.

“That’s when I volunteered to sail around the world, the wrong way.” This was the 11-month-long BT Global Challenge.

The idea came to him as he was watching TV at home. Fourteen identical ships would race around the globe against prevailing winds in a tough, hard race.

After being picked for the long list, potential crew members are observed during their initial training – and are eventually thrown together to make a team at random.

In fact Humphrey found all the new learning pretty hard, and as such he has become a strong advocate of learning something new all the time, now setting himself two new tasks every year.

Once the teams were picked, the first job was to build the boat. He got a great insight from his captain, was an ex-Royal Navy officer.

While all the other teams set to at building, Humphrey’s captain sent them for two weeks’ teambuilding in a house in the middle of Dartmoor saying, “the most important thing is for us to get to know each other.” Of all the yachts to return back, his was the only one to retain the full original crew. The average turnover rate on all the yachts was 35 per cent.

For the next 11 months his crew battled against 140 mile an hour winds and mountainous seas through some of the most inhospitable waters on the planet. At times, he recalls: “We were 2,500 miles south of any shipping so you’ve got no chance of being rescued… The only other potential rescue is your other boats.”

On the voyage the crew got a maximum of two hours sleep in any one rest period. They didn’t win, but came in seventh after getting caught in a hurricane. The camaraderie on board remained high with no dropout of crew, which Humphrey regards as the real triumph of the team.

On his return, Clive Woodward, coach for the England Rugby Union team, approached him for help building a team. Humphrey’s work contributed to World Cup triumph. So how did he do it?

“The key thing was self belief. We’re just as big and strong and ugly as everybody else but it was the self belief that we could take on these guys,” he says. “One of the major things I did was to always examine things we did well before we examined things we did badly.”

The team’s first tour was the “tour of hell” he confides. It was extremely tough and the press told them not to bother coming home. But Humphrey kept them going. “I said we’re never getting headlines like this ever again. I promise you that. I don’t know what we’re going to do but if we’ve got the resolve they’ll never write this stuff.”

One of the first things they did was decide on a cause, and Humphrey says proudly: “Our duty was to inspire the nation so that all the people who maybe don’t like rugby, they’ll tell us they remember where they were and who they were with when we won the World Cup. So I said that means that all our behaviours, work ethic, everything, has got to say ‘I’m participating in inspiring the nation.’”

The second piece of advice he gave the team was to get them to break it down to “a game of inches”. This meant approaching everything with fresh eyes and seeing where they could add excellence. As Humphrey puts it: “Winners don’t do different things, they just do things differently.”

The team’s success was legendary, as the World Cup was won in the 35 seconds of extra time. “Don’t ever tell me winning doesn’t matter because if it didn’t why do you keep the score?”

Since then, Humphrey has been involved in working with excellence at every turn. He helped the JCB team win the world’s land speed record for a diesel engine, he works with Chelsea football club, with Surrey Cricket Club and with the England football team.

He puts one of his major skills down to being able to see through to the heart of the matter, without getting wound up with too much of the “guff” – a common theme among many of the people I’ve interviewed who are great leaders and entrepreneurs.

When asked about what makes a great leader, he answers:

“All the great leaders… most of them, have started with a desire to do something for other people. I think you’ve got to have that. It’s not money. The second thing they have is an amazing ability to get people to like them and follow them, by being true to their word. I think the third, and probably the most important thing, is they know what the process is and then they find people to help them and practice. They’re not frightened to go out and ask other people.”

In fact, a degree of humility and curiosity are what Humphrey recommends. He has a copse in Devon where he lives, in which he has planted every single tree after he received useful advice from others. So, what do those trees represent?

“That somebody came along and said ‘have you thought of this, you ought to be doing that. Sometimes a kick up the backside.’”

Humphrey Walters at a glance