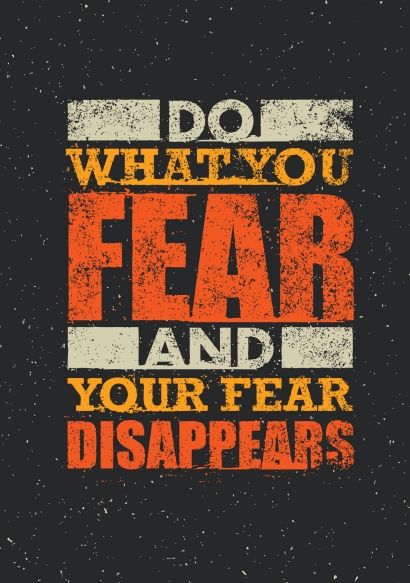 It is absolutely true to say that had my life continued “normally”, I may not have visited the places that I have recently, nor written my new book “Revolutions”. That is not to say I had not dreamt of visiting the Taj Mahal or the Kremlin or Mount Fuji or any of the places I have been to. I can remember far too many years ago plotting out a coast to coast road trip across America when procrastinating instead of revising for my A-levels.

I have always been addicted to travel. I was inspired (and still am) by Michael Palin, Michael Crichton and Neil Peart, as well as Paul Theroux, Bill Bryson and Liz Gilbert to name a few more, but, in the back of my mind, big adventures were done by other people. By writers, by journalists, by bohemians, by weirdos; not normal people, not working class lads from Liverpool, not people like us.

I had also dreamt of writing a book. And, yes, I couldn’t do that either. This was done by other people too. By … writers.

Maybe then I should be thankful for the big kick in the nuts life gave me. Whilst getter a gentler shove may have been easier to take, maybe a shake-up is what we all need. (Everyone should read the “Joy of Burnout” by Dina Glouberman).

Yet whether in normal life or whether shaken to the core, it seems to me, it is fear that stops us doing anything. In Berlin over two years ago, I was so fragile. I was beaten and battered. Everything I had worked for was gone. I was scared of what I would do next. Yet when I think back to my life before this, it was also full of fear. I was always worried about upsetting my wife or my boss (usually both), of losing my job, of not being as smart as others and so having to work harder than anyone else. I was always worried about missing out and I never took a chance. We are fed fear constantly by parents, friends, bosses and the world as a whole: the fear of screwing up, of unknown food, of unknown places and of other people; the fear of the economy collapsing, the fear of not having enough savings or a healthy enough pension; the fear of any kind of change – to stick with what you know. Even sportsman seemed to be full of fear; the England football team at various World Cups, Tim Henman wilting with the weight of the country at Wimbledon. Even international tennis champions, Nastase, McEnroe and Lendl seemed full of fear, anger and bitterness. My own sporting hero, Alan Hansen, always said that the fear of losing outweighed the joy of winning. Those with no fear were the strange ones … Sir Richard Branson in his balloon, Boris Becker on the tennis court before he grew up.

So what has changed for me? Absolutely nothing. All my fears from before are still there – of not having enough money, of not being loved, of being away from home too much, of not pleasing everybody, of disconnecting from corporate life for too long, of not being busy all the time, of being robbed, of being unsafe, of being too cold, of being too hot and definitely of mosquito bites.

In fact, I have added some more to my list. I am now releasing my first book and putting this article up on my website. I am bearing my soul in public. I am opening up to the world. (Although I do take solace from Neil Gaiman’s wonderful quote, “The moment that you feel that just possibly you are walking down the street naked, that’s the moment you may be starting to get it right.”)

As with most people, money worries are top of my list. Money matters. Yet, in my experience, it has a way of coming in and of going out all by itself. Despite the law of attraction, despite manifestation and despite the masses of blogs on how to make money from our passions, I still haven’t mastered this and I personally don’t know anyone who has.

Yet, I have found I need less money than I ever imagined. It cost me less to travel around the world that I had thought. On returning from my circumnavigation of the world, I went for a beer with an ex-work colleague. He told me of all the reasons why he couldn’t do a crazy trip like mine and then went on to tell me of another colleague who had recently bought a new car for £60,000. (Yes, £60,000!). I certainly did not scrimp or save on my trip of a lifetime, but I could have done an additional three revolutions of the earth for this amount of money.

This is the crux. I added experience to counter balance my fears. I have given credence to my dreams.

I experienced sharing a tiny compartment with a Russian policeman on the Trans Siberia Railway. I walked across frozen Lake Baikal. I watched from the outer deck as the ferry cracked the thick ice leaving the bay of Vladivostok toward the Sea of Japan. I wore a silk kimono in a honkon near Fuji and again in a shukubo temple in Koya and I was in awe of the spiritual atmosphere at Miyajima. I eyed my journey as it was on laid out on a huge map in deserted Dorasan station at the DMZ on the border of South and North Korea. I crossed the international dateline as the only passenger on a container ship, standing elatedly at the very front of the vessel in the middle of the mighty Pacific Ocean. I had time enough to read Tolstoy, Frankl, Hesse, Verne, Theroux and Crichton, as well as Bandler, McKenna and Ferriss. Even my bad experiences, such as a car crash in South Korea, of witnessing the sad commuters in Chicago and Tokyo, the soullessness of Seoul and being more alone than ever with the over fed and nearly dead on a cruise ship across the Atlantic Ocean, are more valuable to me than being in job that didn’t serve my soul or than having a new car. (But each to his own).

Dreams are not for others. Dreams are for each and every one of us. This is not an exclusive club. Change can be painful but nothing is a painful as staying in a rut and watching our dreams die. For some of us dreaming is not enough. We need the experience to prevent our fears from interfering too much.

The only thing we have to fear is fear itself.

Pete Martin’s book “Revolutions: Wandering and wondering on a sabbatical year” can be purchased on Amazon. For anyone stuck in a rut, this is a compelling tale to deal with change and to follow your dreams. Martin is open and honest as he embarks on his healing road, giving the reader a sense of the real life fears in coming to terms with transition. For anyone who has been divorced, lost their job, seen their children grow up and leave or is just plain stuck, this is a revolutionary tale and an insight as to what could be. Let yourself be taken on this compelling journey in a search for true happiness within.

More information can be found at www.wander2wonder.com.