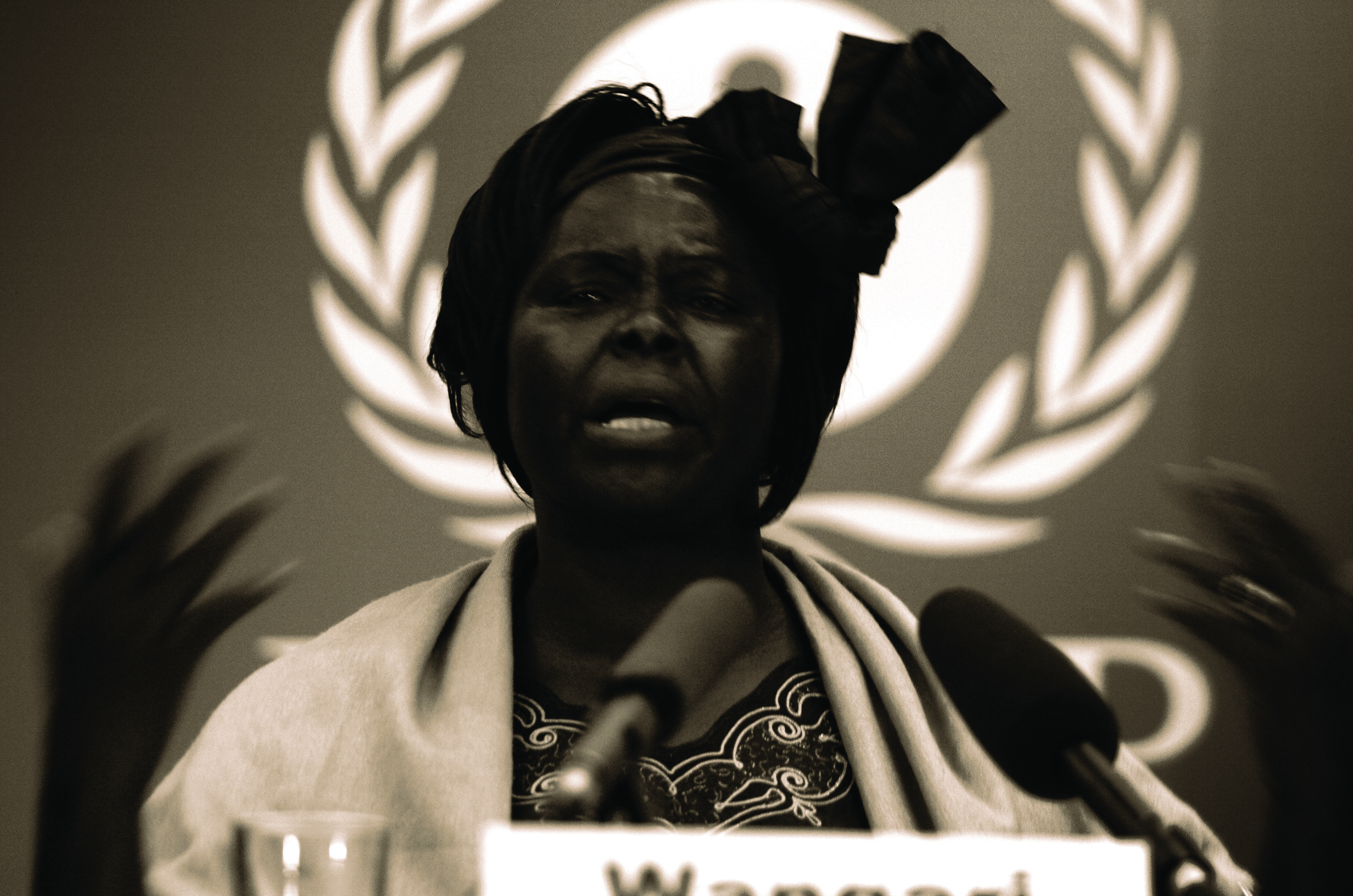 Born as Wangari Muta in Kenya in 1940, none could have known of the lifelong struggle for justice she was to embody.

After early schooling in Kenya, Wangari was chosen for the Kennedy Airlift, which arranged University education for 300 Kenyans in the USA.  Here she was inspired by the environmental movement and returned to Kenya to become a lecturer, professor and activist.

Maathai was the first East African woman to obtain a PhD from the University of Nairobi. She founded the Green Belt Movement, which promoted tree planting as a means of beating poverty, deforestation and desertification, and she pushed for rights for women and for all Kenyans.

As an active environmental and democracy activist she fought at every turn to curtail the power of corrupt government and its degradation of the environment. She faced the threat of assassination and was frequently arrested and assaulted by the police, while the Kenyan Government repeatedly used dirty tricks to keep her out of mainstream politics.

Nevertheless, she was finally elected as an MP in 2002 and was recognised for her lifelong struggle for justice, peace, democracy and environmentalism through the award of the Nobel Peace Prize in 2004.

She continued to work for the environment until her death from cancer in 2011.

“Until you dig a hole, you plant a tree, you water it and make it survive, you haven’t done a thing. You are just talking.”

Wangari Maathai’s life story reads like a movie, with violence, sexism and corruption that she overcame at every turn. Maathai’s example is of someone who absolutely believes in what is right, and is a humbling example to us all. – Bernardo Moya