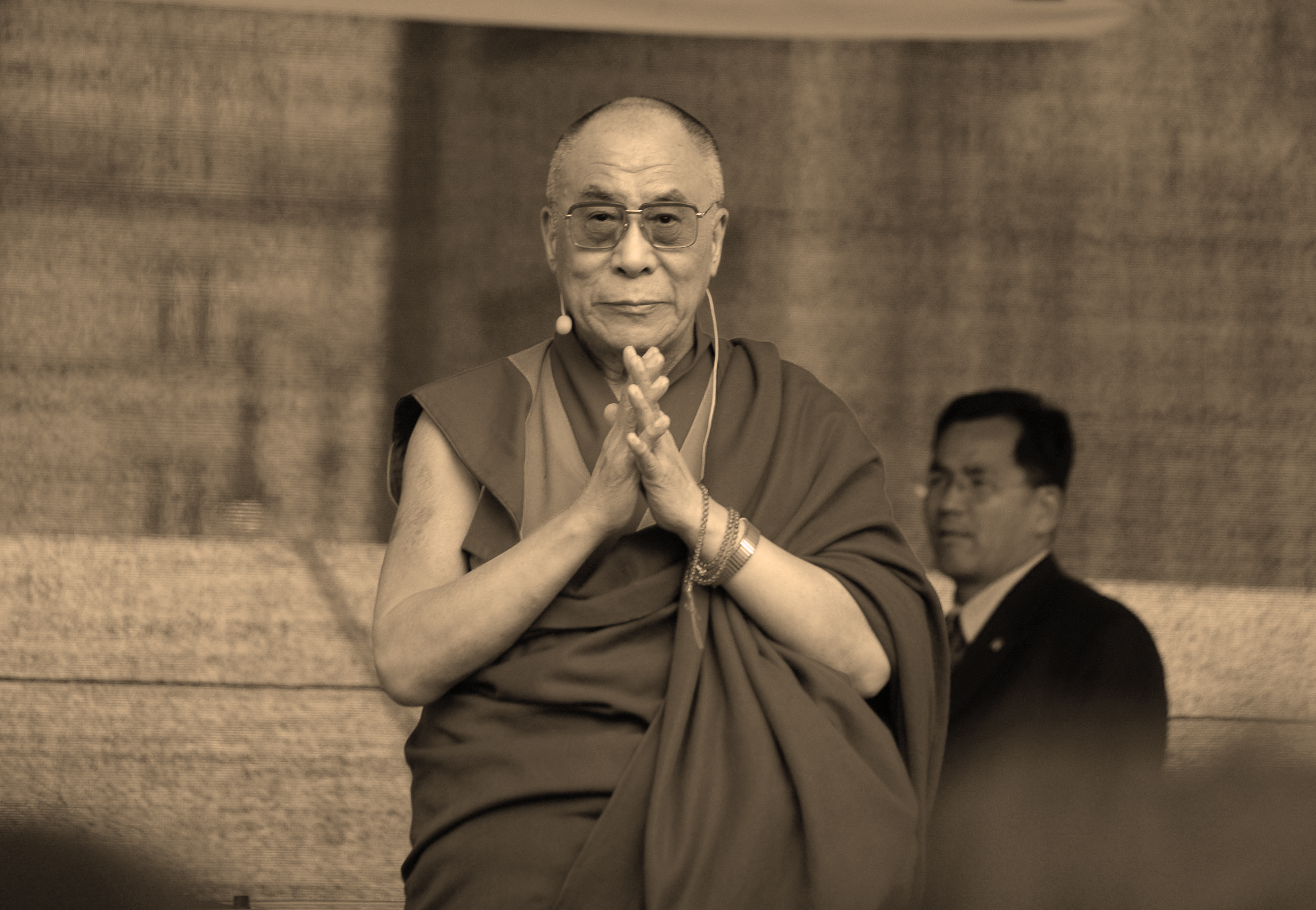 Tenzin Gyatso, Tibet’s 14th Dalai Lama was recognised in 1937 at the age of two as the reincarnation of the 13th Dalai Lama, the spiritual and political leader of Tibet. He looked set for a life of mysterious obscurity on the Tibetan plateau as head of a mediaeval government until the People’s Republic of China forced him to hand over sovereignty to China.

The Chinese seizure of Tibet, along with the 1959 Tibetan Uprising, propelled the Dalai Lama from a local political figure to a worldwide spiritual presence.  Since seeking political asylum in India, the Dalai Lama has spread the word of Tibetan Buddhism and has been massively influential in forming world opinion regarding Tibetan claims for autonomy.

As a teacher, writer and religious figurehead he promotes peace and understanding wherever he goes.  As an advocate of non-violence, religious harmony and Human Rights he has received numerous awards, including the Nobel Peace Prize. As a reformer he has overseen the Tibetan Government-in-Exile’s democratisation, ceding his claim to political power and focussing on his spiritual presence.

Some may regard Tenzin Gyatso as an anachronism in the 21st Century. Indeed, the Dalai Lama himself says that he may be the last of his line. Nevertheless, his humanity, his compassion and his efforts to create peace in the world make him a deeply inspirational person – and deeply enigmatic.

“Love and compassion are necessities, not luxuries. Without them humanity cannot survive.”

The Dalai Lama is described as deeply charismatic by all who meet him, and his opinions are respected by more followers around the world than would ever have been the case had China not sought to control Tibet. This is one of the great ironies of his life. –Bernardo Moya