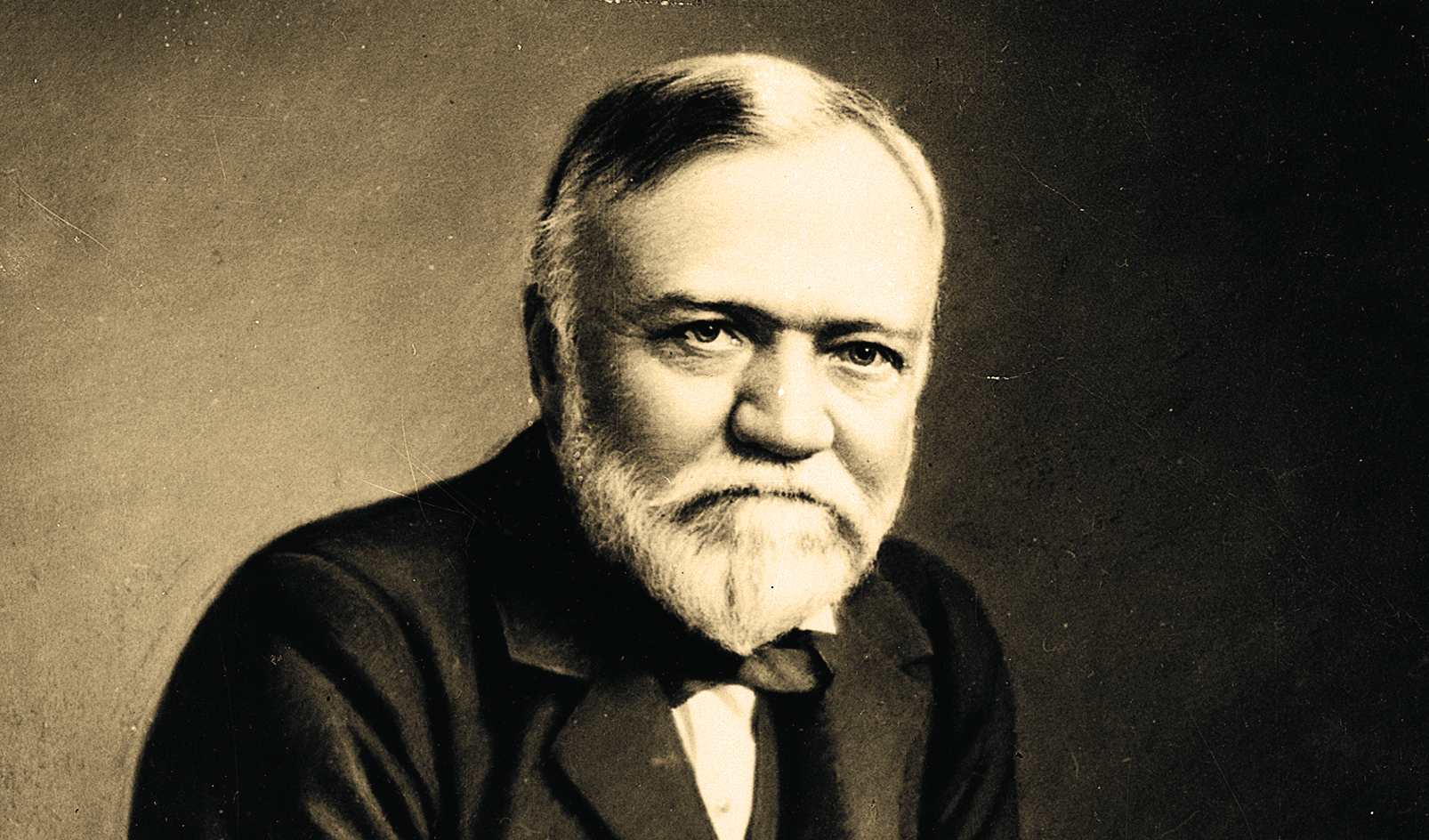 A tough life can create a habit of hard work. Andrew Carnegie was born in poverty in Scotland in 1835. His father William emigrated with the family to America when Andrew was 13, where his first job was in a linen mill for $1.20 for a six day week.

At age 15 he worked as a telegraph messenger boy in Pittsburgh, networking by memorising the names and faces of the wealthy people he met. He read continually to improve himself and through free access to the theatre came to appreciate Shakespeare.

Advancing rapidly through the Pennsylvania Railroad Company, he learned vital managerial skills and was coached in investing by his boss. By the time of the American Civil War in 1860, Carnegie was Superintendent of Railways, ensuring communication lines were kept open. During this time he realised the importance of heavy industry.

Up to 1901 he built investments in petroleum, coal and steel, until he eventually sold his steel holdings to JP Morgan for $225,000,000, equivalent to $6 billion today.

Carnegie argued that entrepreneurs should have two parts to life: amassing wealth, and distributing it to good causes. After 1901, he dedicated his life to philanthropy, founding libraries, museums and universities and giving endowments to promote peace.

His rags-to-riches story has inspired many others to make the most of their lives, whatever their poor beginnings.

“People who are unable to motivate themselves must be content with mediocrity, no matter how impressive their other talents.”

Andrew Carnegie is a legendary figure who showed that motivation and perseverance can free you to become whoever you want to be. His influence remains with us far into the 21st Century.