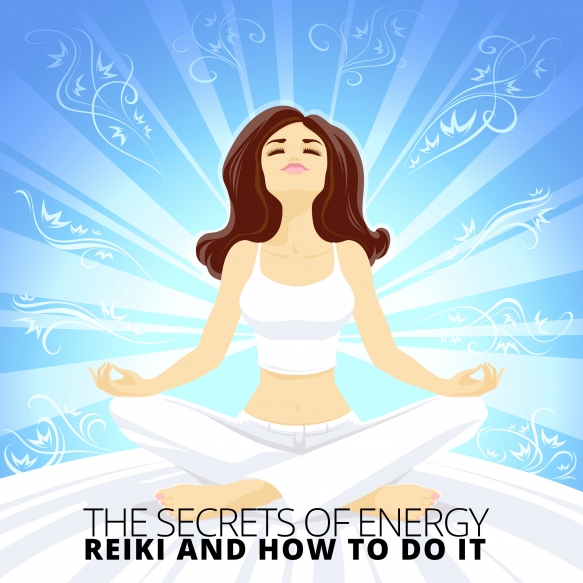 Developed in 1922 by Japanese Buddhist Mikao Usui, Reiki is a complementary therapy that manipulates Qi energy, the life force at the heart of much Eastern medicine. The Best You looks into Reiki …

The Japanese word reiki, meaning “mysterious atmosphere”, comes from a Chinese word meaning “supernatural infl uence”. It was fi rst used in english in the 1970s and is often translated as “universal life energy”. Chinese Qi or Japanese Ki is a form of universal energy that ancient eastern tradition states permeates and forms the universe.

This is the same energy that is manipulated in acupuncture for health and in martial arts to break bricks with bare hands. a dynamic balance between yin and yang is the ideal for health.

The reiki Practitioner believes that because everyone’s body is made of Ki, we all generate a Ki fi eld. The skilled practitioner of reiki alters the Ki fi eld of a client through manipulation of his own Ki fi eld in proximity with theirs. This can mean that a reiki practitioner may even do reiki without touching his client.

There are two main traditions of reiki – the Traditional Japanese and the Western. In the former, an emphasis is placed on the intuitive skill of the practitioner, while the Western tradition has a more schematic approach to the hand placements employed. Both traditions typically have three degrees of practice, each degree giving the practitioner further skills in reiki.

Reiki practitioners claim to be able to help all manner of illness, from claims that it promotes relaxation and encourages the body to heal itself, through to claims for depression, anxiety, PTSD, anorexia and bipolar disorder. other claims include healing of tissue injury. one website boldly states that “if you have a disease, reiki can heal it.”

At the moment, there has been no conclusive scientific evidence that reiki can help, although there are many anecdotal reports of problems disappearing after attending a reiki session. While many websites claim to be able to cure all manner of illness, the national Centre for Complementary and Alternative Medicine advises:

“do not use reiki to replace proven conventional medical care or to postpone seeing a health care provider about a medical problem. advice from most practitioners is to use reiki as a complementary medicine, not as the sole source of treatment for an illness.”

How widespread is it?

The 2007 national Health Interview Survey revealed that more than 1.2 million adults – 0.5 percent of the U.S. general adult population – had used an energy healing therapy, such as reiki, in the previous year. as a test sample, there are 132 reiki businesses listed in the yellow Pages as reiki healers in london alone. add those who do not advertise and those healers who incorporate reiki as part of a range of treatments, and it’s safe to put the number of reiki healers in thousands, if not tens of thousands in the UK alone.

As with most complementary therapies, there is no centralised board, although several Federations and associations incorporating lists of healers and espousing a code of ethics are readily found online throughout the world.