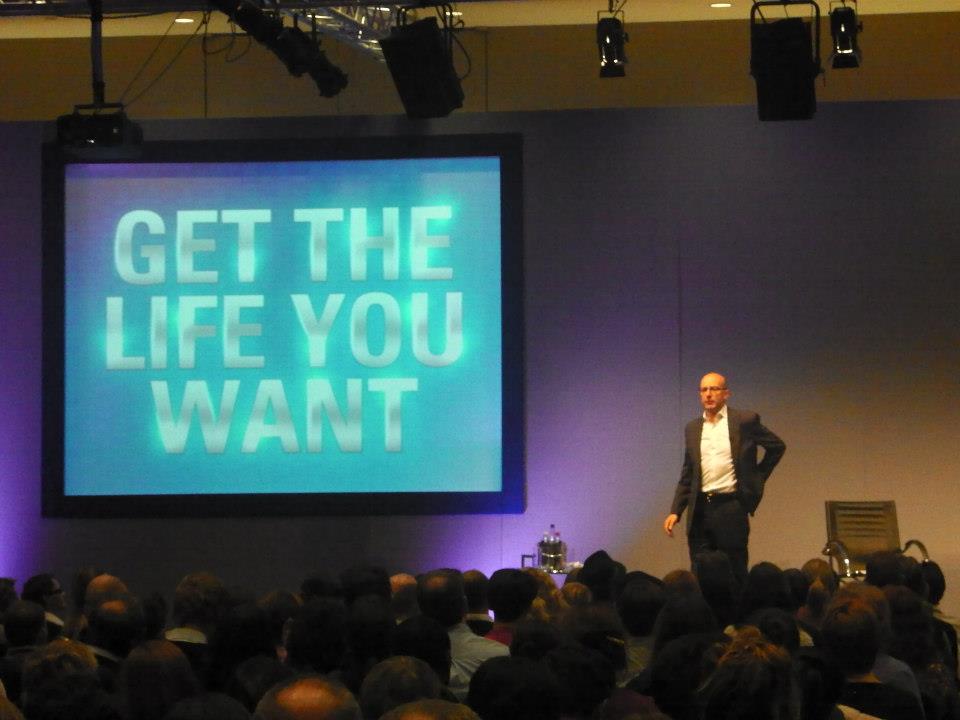 In the last decade Paul McKenna has been one of the world’s widest-reaching life-changers. With his groundbreaking book Change Your Life In 7 Days selling over 3 million copies worldwide, a revolutionary weight-loss program and numerous tv shows revealing how easy it can be to change, it’s difficult to underestimate his influence. So, how did he get there? And what does he really care about?  The Best You finds out.

If you could sum up what drives Paul McKenna, it’s tempting to say “education”. From the seminars he does with Richard Bandler (co-creator of the revolutionary methodology known as NLP), through numerous books and tv shows, Paul offers people ways to learn whole new ways of living.

“Basically I don’t approve of the factory-style education system,” he says, with feeling. “I think it was probably relevant at the time of the Industrial Revolution. You had to take a human being with all its amazing creativity and squash it and break it to fit a very particular mould. Unfortunately, that’s what our education system does to this day.”

But Paul also believes there are rays of hope.

“Changes are happening. (Education expert) Ken Robinson talks about how the exceptionally creative can really struggle in the education factory. If you look at the recent BBC documentary on Michel Thomas, you’ll see it’s possible to learn a language in a week. At school it still takes years to learn things because we’re learning by one of the stupidest methods possible – which is learning by rote.”

So what would the result of a good school education be?

“How intelligent somebody is shouldn’t be the only mark of success in school. It should also be how well someone does both emotionally and psychologically. The system is the way it is because it’s been that way for a long time. But it’s due for a change.”

Considering his extraordinary rise to fame and fortune, it’s fair to say there are things to learn from Paul McKenna. But it wasn’t all tv and glamour. When he left school, his first job as a store detective at Harrods lasted for one day.

But still he wasn’t happy. So how did he decide what to do next?

“I sat down and made a list of all of the assets I had.  First of all I went back five years and I remembered what had happened and I came to the present moment.  Then I said to my unconscious show me five years ahead.  It was a very clear picture of me sitting there as a DJ but just more paranoid and unhappy.”

Paul then asked his unconscious to show him what it would be like if he could do anything he wanted. “It just felt like it was limitless, you know, that I can do anything.”

After that Paul had to decide who he would become. What would he do if he knew he couldn’t fail?  The answer was startling. “I would have to become a different person. I’d have to be prepared to take risks. I’d have to educate myself.”

Amazingly, within a month, Paul had a tv show.

So what are the elements of his current success? One of them is most definitely passion. The passion he feels about education is matched by the passion he feels about weight loss. I even detect a sense of justice in bringing the diet industry to heel and doing his utmost to give people an alternative way to lose weight. It’s clearly not about the money – although it’s a great side-effect of the work he does. And that’s down to his audience and the people who’ve supported him along the way, like Richard Parks who gave him a break and backed him to put his first show on in the West End.

“I believe that all success is also about backing. You know, if you’re a politician you need your voters to back you, a grocery store your customers are backing you.  All success in life comes down to people backing you.”

It’s also about focus. As Paul often says: “You know I think we get more of what we focus on.  My advice is that where you’re putting your attention is what you’ll get more of.  If you wake up saying to yourself: Why am I this way? Why is it so unfair? or Why is it like that? then you’re putting your attention on how wrong things are. A smarter question would be: How can I solve this problem?  What is it I really want to happen?”

“Well there’s no doubt we live in uncertain times. We’re not out of the woods economically and there are dangers and opportunities. I think one of the most important things you can have is emotional or psychological resilience. I can’t show you how to go and get a job but I can show you techniques that will improve your chances. More than anything I can get you into a place, or you can get yourself into a place using NLP where you are positive and you’re emotionally resilient. Then you’re going to have the strength to keep going for job interviews. You’re going to be more desirable as an employee because you’re a good person to be around. Skills are one thing, but I think emotional strength and resilience is a really important thing at this time of uncertainty.”

The message once again is about learning the things you don’t know, yet.

Paul is clearly dedicated to making changes for the good – and to teaching people how to teach themselves to get on in life. After all, it’s what he did for himself. He invites you to do the same.

PAUL MCKENNA AT A GLANCE
Did not enjoy school and found those years challenging
Became a DJ and once he came across hypnosis, he knew this is what he wanted to do
Trained with and modelled the best to become the best
Has changed millions of people’s lives around the world
Very passionate about what he does
He believes in the constant self improvement