Only when I laugh by Sophie Scott

Home Only when I laugh by Sophie Scott 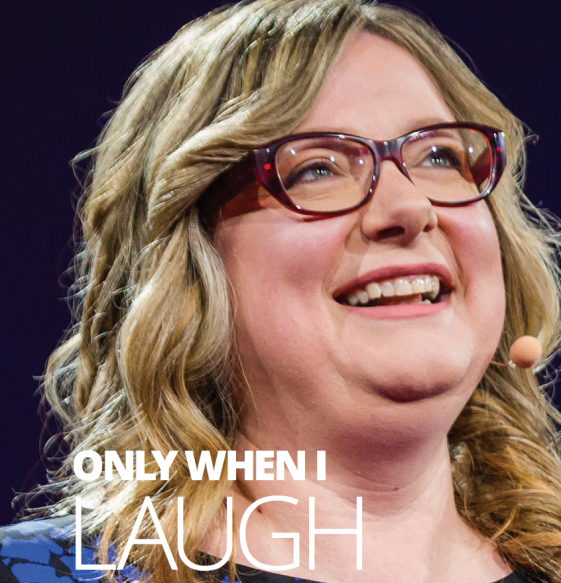 It’s something we all do, it’s contagious and we use it to express ourselves more deeply than we think – Sophie Scott is the neuroscientist helping us to understand the language of laughter

Polite laughter, nervous laughter, knowing laughter, hysterical laughter – without even starting to contemplate the infinite sounds and physical characteristics of laughing, have you ever considered the numerous ways that we laugh in different social situations?

As deputy director of University College London’s (UCL) Institute of Cognitive Neuroscience, Sophie Scott has spent more than 20 years studying the neurological basis of communication, and more recently pioneered research into the science of laughter. An occasional stand-up comic with UCL’s Bright Club, she’s pretty adept at generating a chuckle or two herself.

“About 20 years ago, I was working with patients who had a deficit in recognising emotions,” says Scott who delivered a TED talk on laughter earlier this year. “We focused on fear, anger, disgust, suffering, sadness and happiness, but our work mainly centered on negative emotions.

“It struck me that laughter is the only positive sound that is recognised cross-culturally, and that there is a whole social side to laughter. People think we laugh to show amusement, but actually it is a social behaviour, and I suggested we could look at how laughter is a social emotion.

“For example, when we laugh with friends and family, we are more inclined to exhibit helpless or uncontrollable laughter, and this is a sign that you like and are comfortable with these people. At its heart, laughter speaks to how much affection and affiliation you have with someone.

“I have noticed people who laugh inappropriately, and inwardly pulled away, yet it’s my lack of response that’s at fault, because the person is only trying to connect and show me that they like me. It’s shorthand for telling you how someone feels about you. Similarly, nervous laughter is often a way of someone trying to normalise a situation. We are very nuanced in our response to laughter.”

While the physical act of laughing, when our intercostal muscles contract in a regular zig-zag movement, quite literally squeezing the air out of us, is similar for each of us, it is the sound of laughter that has a wide spectrum of social meanings.

Scott says that while Nietzsche thought that humans are the only animals to laugh, it is in fact common to all mammals, including rats, particularly during play such as tickling.

She cites the work of Robert Provine whose studies show that we are 30 times more likely to laugh if we are with somebody else than if we’re on our own, Additionally, most laughter occurs in social interactions like conversation, rather than when we’re watching comedy or listening to jokes. “You are laughing to show people that you understand them, that you agree with them, that you’re part of the same group as them,” says Scott. “It’s an enormously behaviourally contagious effect. You can catch laughter from somebody else, and you are more likely to catch laughter from somebody else if you know them.“

Since her TED talk, Scott has been inspired to take her study into laughter further and examine how laughter can help to ‘de-escalate’ negative emotional experiences.

“It’s time to take laughter more seriously,” she says. “It’s worth investigating the effects of laughter on mental health and if we could come up with the technology to track how people laugh and when, it could help us to understand what’s going on in their mind without even hearing them talk about it in therapy.”

Providing a vital link between language, relationships and emotions, laughter really could be a much-needed medicine for modern living.