On the ball, off the pitch – David Beckham by The Best You

Home On the ball, off the pitch – David Beckham by The Best You 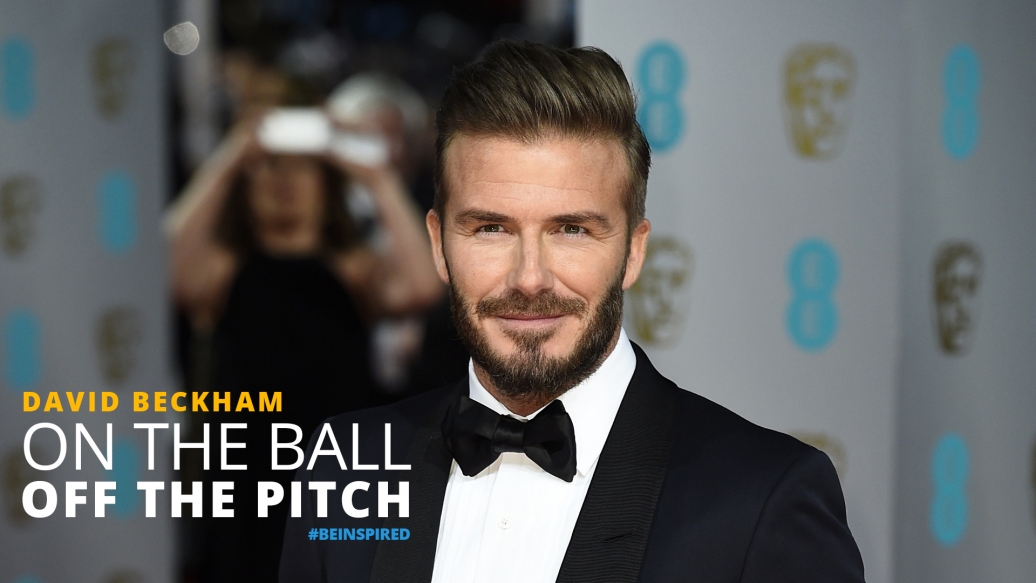 With David Beckham’s announcement that he is to retire from professional football, The Best You looks at the life and achievements, on-pitch and off, of this hero of The Beautiful Game.

One of the world’s greatest footballers, fashion icon, sex symbol, “Golden Balls”, England football team captain, half of Posh and Becks, loving father and all round decent guy, David Beckham has had a massive effect on the world far beyond his home territory of football.

The association of his iconic brand with a product guarantees to raise its profile, and it’s no surprise that clubs have clamoured to sign him as much for his effect on their balance sheets as his particular brand of on-pitch magic.

Counting Tom Cruise, Arnold Schwarzenegger, Katie Homes and Elton John among his friends and acquaintances, Beckham remains a loving family man, dedicated to the happiness and safety of his wife and four children.  His current main residence is in Beverly Hills, though he has lived variously in Manchester, “Beckingham Palace” in Sawbridgeworth, and Madrid. He is a truly international figure and is often called the world’s most famous footballer.

So how did he achieve this amazing life? And where did he come from?

Born in 1975 in Leytonstone and growing up in Chingford, David Beckham had a very ordinary beginning.

His dad, Ted, a heating engineer, instilled in him his passion for football. “As soon as I could walk,” David says, “he made sure I had a football to kick.”  Growing up happy and safe with his hairdresser mum Sandra, his dad and extended family allowed that passion to flourish.

Ted also planted the dream of being a professional footballer. Both parents loved Manchester United and they often took him to Old Trafford to watch United games. No surprise that from an early age, David was telling everyone, “I’m going to play football for Manchester United.”

As a boy David played football above his level with kids twice his age at Chase Lane Park, near his school. “I don’t know if it was because I was good or because they could kick me up in the air and I’d come back for more, but they always turned up on the doorstep after school.”

His dad recognised his talent and when David was around 8 years old, and sacrificed his own playing to coach his son, taking David for midweek training at Wadham Lodge, a neglected old ground near his home.  David recalls:

“…the changing rooms were pure Sunday League: mud on the floor, really dingy lighting and the water dribbling out of cold showers.  Then there was the smell of the liniment that players used to rub on their legs.  It would hit you as soon as you walked in.  There were floodlights – just six lamps on top of poles – but at least once every session they’d go out and somebody would have to run and put coins in a meter that was in a cupboard just inside the changing room door.”

His dad’s coaching was unrelenting: “After everybody else had finished and was in the social club, I’d stand on the edge of the penalty area and chip a dead ball towards goal.  Every time I hit the bar was worth 50p extra pocket money from my dad that week.  And just as important, a pat on the back.”

Also at the club, David joined in the five-a-side sessions his father played in – meaning that again he was playing above his level. This instilled resilience as well as enthusiasm.

“I was so excited to be out there playing with the rest of them – these grown men – that I took whatever I had coming. Dad warned me that I had to be prepared to get a bit roughed up now and again.  If he’d been running around telling people not to tackle me all evening, it would have been pointless me being there in the first place.”

His dad made sure David enjoyed the play, and allowed him to develop his style. This is an important factor – David loves football because it is associated with that great emotional reward – of being able to be who you truly are.

All the while David kept his eyes focussed on what he wanted.  “What kept me going was the idea that, eventually, I’d get the call I’d been waiting for ever since I’d first kicked the ball” – to play for Manchester United.

When the call came, David was ready.  He was talent scouted by Manchester United at 14 years old. It was a dream come true.

In Manchester he was surrounded by exceptional fellow players, including Gary Neville, Ryan Giggs, Paul Scholes, Nicky Butt, Ben Thornley and Chris Casper.  He had no idea that the youth team was special, but Alex Ferguson did, saying: “If we don’t get a first-team player out of this lot, we might as well all pack up and go home.”

David was now among players as excellent as himself.  Manchester United won the Youth Team Cup in 1992, and was runner up to Leeds in 1993.

Aged 17, Beckham finally got to play in the last 17 minutes of a first team match.  “I was so excited I jumped of the bench and cracked my head on the roof of the dugout: a great start to a first-team career.”

In 1994 he scored his first goal for the club in an international against Galatasaray.  With humour and modesty he recalls that Eric Cantona came over to congratulate him.  “He was having to fight me off in the end. I just wouldn’t let go of him.  I’ve scored a goal and I’m celebrating with Eric Cantona.”

In 1996 he was on the team that won the FA CUP and finished top of the league, making Manchester United the only team to win the Double twice.

Then, something special happened.  At the opening of the 96 / 97 season, Beckham scored his famous 60 yard goal against Wimbledon from his own half. For him, years of learning to strike the ball hard meant this was just an “ordinary” kick, but it propelled him to stardom. He says of the fame it brought him, “When my foot struck that ball, it kicked open the door to the rest of my life at the same time.”

Beckham’s life since has been fascinating.  His marriage to Victoria Adams aka Posh Spice created the most glamorous couple in Britain, possibly the world. Yet their first date (after he’d finally plucked up the courage to ask her out) ended in their being thrown out of an abandoned Chinese restaurant when they tried to order drinks without food.

It’s a fascinating reminder that excellence at one thing doesn’t mean universal brilliance.  At their wedding, David was terrified of giving the groom’s speech, and he describes himself as “shy” when younger.  Beckham was a bundle of amazing footballing talent, but he was also a normal kid growing to manhood.

Along the way Beckham weathered violent storms.  During the 1998 World Cup match against Argentina he was largely blamed for England crashing out of the tournament after being sent off for retaliating to a pat on the head by Argentinian player Simeone.  His effigy was hung from lamp-posts in Britain, and his face was published as a dartboard by the Daily Mirror.  He received death threats against himself and his family, and even found an intruder in his garden early one morning, standing with arms crossed, staring intimidatingly.

Yet Beckham is resilient. In 1999 he helped his side to win the Treble. At the 2002 World Cup captaining England against Greece, he won the game with a last minute free kick, becoming the darling of the media and the nation. He made 115 appearances for England and captained them for six years.

He was famously cut above the eye by a flying boot from Alex Ferguson in an argument and in the end, after Manchester United and when they parted company he went on to play for Real Madrid and Los Angeles Galaxy, becoming the highest paid footballer in the world.

That said, Beckham is clear, for him it’s not about individuals but the team working together.  During the post-Argentina years, and later when he felt picked on and isolated by Sir Alex Ferguson for his “film star” attitude, Beckham relied on the team to lift him during matches.

This is how he talks about family, too, saying that the number one role of a father is his family’s protection. Beckham is always aware of the bigger unit of which he is a part, and it’s this that makes him such a great team player and a great family man.

Perhaps it’s ironic then that the massive jump in merchandise sales to $600 million at Real Madrid between 2003-2007 was largely attributed by Forbes magazine to this one man’s presence. The same effect was noted at LA Galaxy in 2007 when their gate receipts reached record levels, and they were able to negotiate a massive shirt sponsorship deal worth $20 million – largely thanks to his arrival.

Looking back over the life of the boy from Chingford coached by his dad to strike a ball hard and accurately, what are the ingredients that make him such a star?

Strong emotion is definitely part of the mix. The love he felt for the game as a boy, the tears he shed when the talent scout called for him, the passion he feels on the pitch that sets him on fire all tell of that.  His reliance on a team – or a family – to support him is another ingredient. Add to that resilience, too.

Less obviously, he has recently revealed he suffers from OCD, needing to put things in neat lines or in pairs. Repetitive dedication to an activity leads to excellence, and you can’t help wondering, did OCD feed into his desire to get those kicks absolutely right on the pitch?

These are all ingredients of what makes Beckham who he is.  Sprinkle in film star looks and a celebrity wife… these are all factors.

But there is something else, too. David Beckham is authentic.  You get the feeling that what you see is what you get.

And what you see is an honest, straightforward guy who sometimes makes mistakes – but also has the most extraordinary skills. That makes for someone special, and someone supremely likeable – and admirable, too.

At The Best You we salute David Beckham – and wish you The Best – whatever you do next!