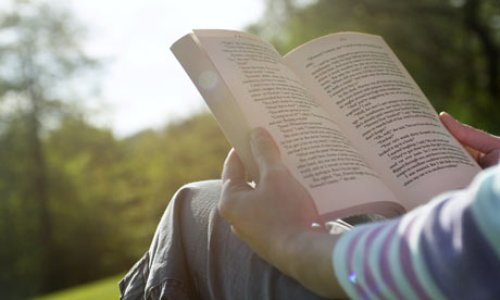 Do our book choices define us in some shape or form?

I wonder if I should restrict my reading to only best sellers and classics that are impossible to disappoint. It would be a shame to have such a small window into the world of books. I certainly would have never come across one of many fabulous modern authors. I wonder then if I should learn to put aside a book that I know will have no chance of redeeming itself.  I used to think myself a quitter if I did not finish what I started, even if regret filled me many times for wasted time.  I am starting to adopt a new strategy after reading “Shanghai Baby“. Is all of this banter silly or serious? Pretty serious when you read a terribly shallow book.

I don’t think the mediocrity of a badly written book can be overemphasized.  It is not easy to fail the reader on so many fronts: story, promise of one thing and delivery of another, lack of climax, poor use of the language followed by a miserable pointless ending.  Zhou Wei Hui succeeds tremendously in achieving all of this in “Shanghai Baby”.  She only redeems herself in the poetic prose and phrases, despite the uninteresting background against which it all fell.

There are risks to not belonging to a book club – even a virtual one – and not following the NY Times Best Seller list – or any other Best Seller list for that matter. It is also an equally large risk to buy books in Japan or Hong Kong airports. The selections are small and the wide culture gaps dictate a strange mix of books that for me proved very difficult to find pleasing. Yet I exercised all the will power to be open-minded only to regret it with the terrible choice I made by picking this book.

Apparently the book was not well-received in its hometown China from the many controversies. China was not alone, and I had no problems with its controversy!

Reading is the best pastime for an active mind! If you like to see the other book reviews, check the index of In Print.

The protagonist Nikki, or if called by her nickname Coco after Coco Chanel, takes us through a maze of miserable lives, and more miserable attitudes. While the situation for living in Shanghai cannot have been easy, the moronic nature of the characters dig them deeper into the lowest depths of society as they mingle from bar to bar and party to party – drunk on alcohol, drugs and obsessions with the Western world for all its glitz and glory. Coco is in love with the impotent drug addict Tian Tian, but not so in love as to give up sex for him so there is the interesting affair she has with her German lover. Tian Tian struggles with his rich mother. Coco envies a rich woman and attends her parties a lot. She has more sex with the German lover. Tian Tian dies. Coco wonders about the meaning of life. The end.

It is as though you implore the author to give you something, anything to hold onto for reading this book. While she tackles serious issues such as drugs, depression, dishonesty, unhappy relationships and situations with slim choices, she adds no substance to her characters or her story to pique our interest. Can she spare one reason for their existence or one significance in their destiny? Brace yourself as you will only be taken into dark alleys of Shanghai and stay there. No one,  surely not Zhou Wei Hui, intends to get you out of that dark corners of Shanghai.

Needless to say, I lost interest long before I finished the book.  I do not recommend this book.  Even more so, I do not recommend randomly selecting books that may serve very little purpose. Do be selective in what you read, and while you can never know for sure, it pays to be selective and informed than frivolous and foolish when choosing your reading.