The Zen of motorcar racing by Stephen Simpson

Home The Zen of motorcar racing by Stephen Simpson 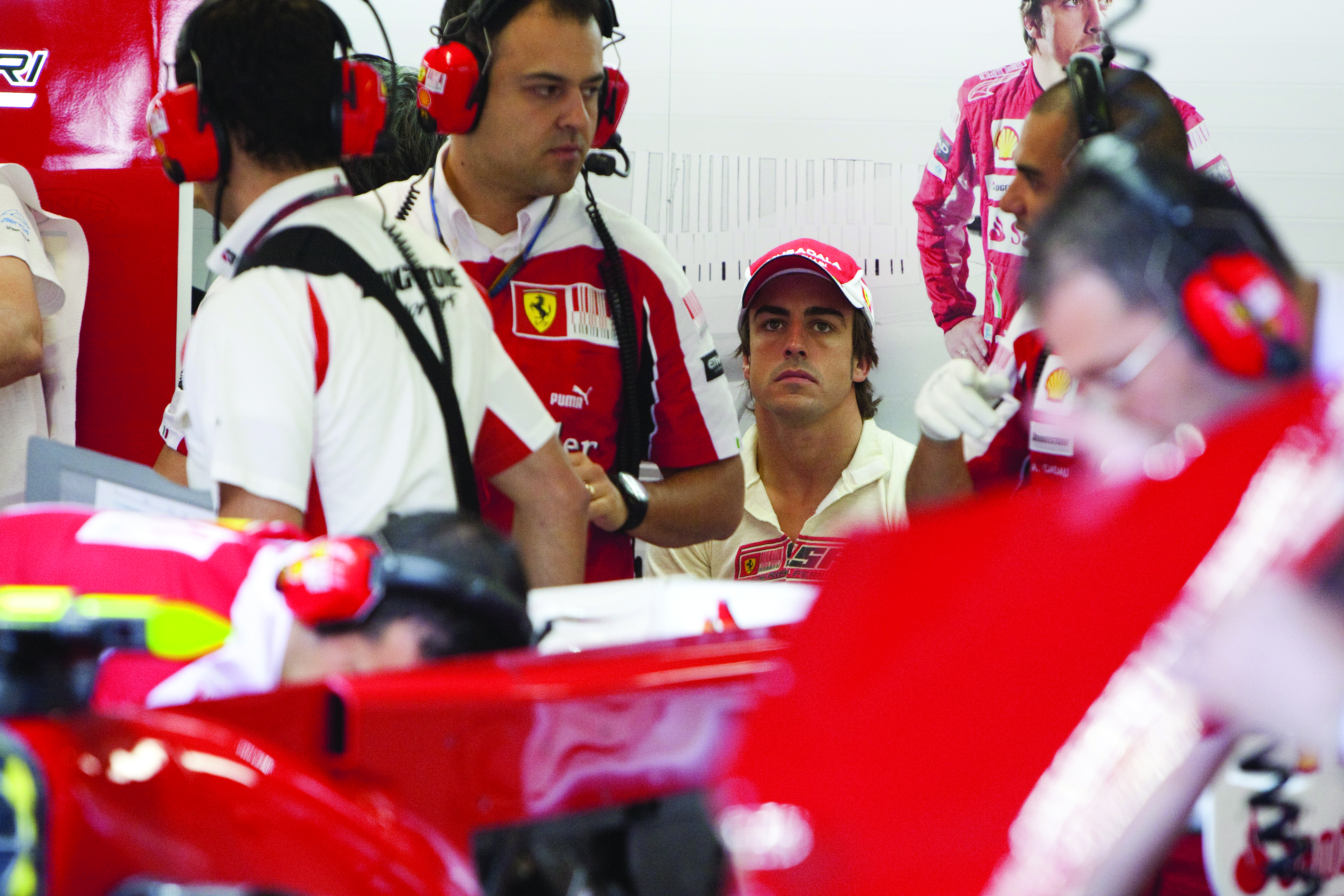 In this edited extract from his book, The $447 Million Secrets Of Sport, top mind coach Dr. Stephen Simpson examines the mental qualities that separate Spanish F1 racing driver Fernando Alonso from the pack.

Alonso has won the coveted World Championship on two consecutive occasions. He was the youngest driver to achieve this honour, and so he is rightfully considered one of the greatest drivers ever. At the end of the 2013 season, he had collected more Championship points than any other driver in history.

Alonso is also the owner of an unusual tattoo on his back. It is an ancient samurai warrior, representing strength, intelligence, and the will to win. Yamamoto Tsunetomo described these qualities in his spiritual warrior guide, The Book of the Samurai. The true warrior, says Tsunetomo, should consider himself as one already dead.

Most coaches would not encourage their clients to follow such a morbid train of thought. However, most would agree that peak performance comes from the mental discipline of staying in the present. The events of the past and the future are of no concern; experiencing the present moment allows for periods of intense concentration. For some, this concentration has opened up paths to enlightenment.

Earthly fears – largely the product of focus on the past or the future – act as barriers to peak performance. Athletes at the top of their game often describe their triumphs as arising from discovering the joy of letting go of the fear of failure. Such fearlessness allows them to keep things simple and even abandon the ego in the competitive moment.

The difficulty of this kind of release is compounded in dangerous sports like Formula One racing. Alonso is aware of the risks—calculable and otherwise—that t he faces every time he is strapped into his car. This is, after all, a sport with a bloody history. The decade and a half spanning the end of the ‘60s and all of the ‘70s is widely known in racing circles as the ‘killing years’. Tracks and cars alike were remarkably dangerous. One professional driver recently claimed that a professional driver racing continuously through the late ‘60s and early ‘70s had only a 33% chance of survival.

Thankfully driver safety has improved dramatically since those black years. Since the death of Ayrton Senna in 1994, there have been no deaths in Formula One. Even so, Formula One is still a dangerous sport. The fear of death is ever present in the mind of spectators and participants alike. For some rare and talented individuals, this fear—more precisely the movement through and beyond this fear—can spur them on to tremendous achievements. Samuel Johnson, the great lexicographer and essayist, noted more than two centuries ago that imminent death has the power to sharpen the mind in surprising ways: “When a man knows he is to be hanged in a fortnight,” he said, “it concentrates his mind wonderfully.” Like the man condemned to the gallows, the truly great race car driver must needs move into the mental space that exists on far boundary of—or even beyond—the fear of death.

Of course, along with its dangers, Formula One has its share of rewards as well. Fame and fortune are not the easiest gifts to accept and control, especially at an early age. There is nothing more certain to deflect focus than to succumb to the stupefying siren voices of flattery. Surrounded by accolades and lavish rewards, Alonso has managed to keep his feet firmly grounded.

“Formula One is a strange world” he says, “but if you have clear values, you can maintain the separation between truth and fiction. If people praise you, you cannot let it go to your head, because at the next race you could be criticised.”

It is simple, humble values like these that have kept Alonso moving ever forward, spurring him to train hard, to compete hard, and to outdo the achievements of others and, indeed, his own as well. This is what drives him to get out of bed each day. He keeps life simple, describing his career as, “a simple sport and a simple way to live these seven or eight years of maximum sport.”

This simplicity extends to his on-track performance. It helps him to manage and reduce the inevitable stresses that fame, fortune, and the risk of sudden death bring.

“For me,” he says, “tomorrow will be another day whether I finish first or last. I have to do the maximum and I cannot ask any more from myself.”

Most people worry too much about their future or past results. This leads to crises of confidence, which inevitably produce poor results. Focus on process, do the best you can, and focus on the present moment. Put the past behind you and don’t scrutinise the horizon too closely. D.T. Suzuki suggests that athletes are too prone to over-analysing technical aspects of their sport. They need to go back to playing sport the way that children do: always in the moment and out of love for the game.

Perhaps you would like to encourage your inner child too? Who knows where it may lead you. Visit Dr. Simpson’s website for suggestions on how to start your journey http://www.drstephensimpson.com