Your Most Enjoyable Year Yet – by Michael Neill

Home Your Most Enjoyable Year Yet – by Michael Neill 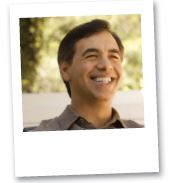 Since 1994, I have begun each year by going through a wonderful process developed by Jinny Ditzler called your Best year yet.

I would review my achievements and failures from the year before, look for any limiting beliefs that might be holding me back, check in with my values and set my goals for the year ahead. and year after year, I have had my best year yet.

Which is why it was such a surprise to me when my friend Robert Holden asked us a simple question during his weekend at Supercoach academy last June:

Imagine it’s one year from today and you’ve had your most enjoyable year yet… What’s happened? What have you done? What’s different in your life now?

Somehow, that tiny shift from looking at my “best” year yet to my most enjoyable one shifted something fundamental.

My most enjoyable year yet would be filled with things I stopped doing, not new ones that I started. Instead of a new list of achievements to pursue, I found myself with a list of things to let go of. and so I began to look at the activities of my life in a new way. I created an ABCD grid for myself:

“A”s were things I wanted to do regardless of whether or not they paid well or worked out the way I hoped.

“B”s were things I enjoyed doing and would happily say “yes” to if they fell into my lap, but had no desire to try and “make” happen.

“C”s were things I was only doing for the money.

“D”s were things I just fl at out needed to stop doing.

Once I had my list, I didn’t really know what to do with it, but I had a sense that I’d glimpsed something significant, so I just sat with it for a week or so, taking it out from time to time and reading back through it, waiting for inspiration to strike.

And strike it did…

Suddenly it dawned on me that if I only did my “A” activities, but I did them really, really well, I could actually make as much or more money than I had been making running myself ragged trying to do the whole alphabet. and in that moment, a plan was hatched.

My business manager flew out and we redesigned the business, streamlining things that would no longer be needed and building in structures to support the successful implementation of a straight “A” life. I eliminated the “D”s, started saying no to the “C”s, but left enough time in my schedule to say yes to any “B”s that came along which appealed to me.

Earlier this year, I came across a story about the Reverend Fred Craddock, who was visiting family when he struck up an unlikely conversation with an old greyhound dog his niece had recently adopted… I said to the dog

“Are you still racing?”

“Well, what was the matter? Did you get too old to race?”

“Well, what then? Did you not win?” “I won over a million dollars for my owner.”

“Well, what was it? Bad treatment?”

“Oh, no,” the dog said. “They treated us royally when we were racing.”

“Did you get crippled?”

The dog answered, “I quit.”

The true joy in life is not in achievement, though achievement certainly can be fun.

It is not in fame or fortune, both of which open some doors while closing off others. But if you’re willing to slow down and create a little bit of space, you might find it inside you right now. And wouldn’t it be a shame to have a wonderful life and not notice?