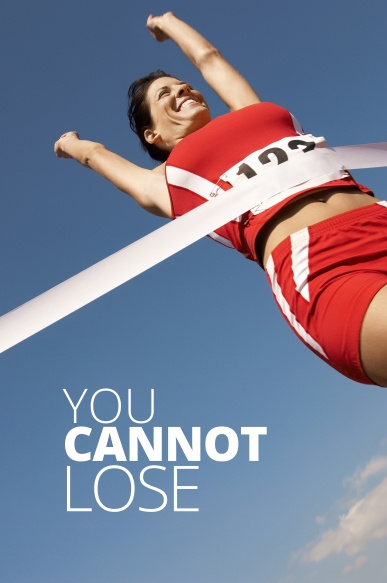 In life, you can never fail to win – it’s about staying the course that matters, says Jim Aitkins

What if there was a major sports team that was so dominant that they easily won every game? My theory (since this will never happen) is that such a team would eventually lose their fans.

Oh, sure, people would always go to the games. But at some point, the amazement and thrill of seeing such awe-inspiring athletic performances would give way to boredom and the desire to be on-hand when the streak finally comes to an end. People would go to the games to watch for mistakes; some variation of the pattern; some evidence that something new and different will finally happen.

Thank goodness sports have never been – and will never be – like that. Throughout the spring and summer months, and into the fall, many Americans are obsessed with baseball. A couple of weekends ago, the pro team we support, the Seattle Mariners, beat its opponent 11 to 10. It was a come-from-behind victory on home turf on a sunny Sunday afternoon. The team had trailed the entire game… until the bottom of the ninth inning (the last section of play).

The fact is fans prefer those kinds of victories. We like not knowing what the outcome will be and the score is close. It’s great to occasionally completely blow out the other team, but it is even better to out-play a closely-matched competitor and win with a bruised rib, bloodied elbow and streaks of dirt staining a sweat-soaked uniform. There is something about winning at a painful cost that is much more satisfying than a victory that had been universally predicted.

Of course, the same is true of life in general. Therefore, much about how to live a successful life can be learned from sports’ best teams. The best of the best players will always tell a young person, ‘If I could do it, you can do it.’

So, you fell down and got a scrape. So, you lost, maybe a lot, or you know someone who has. Congratulations. That means you are not on the bench. You are out there risking everything in order to hopefully win it all. Pain is evidence you’re playing.

Championship lives are created out of a quilted patchwork of fixes and adjustments that come from lessons learned. Victories cobbled together from unlikely trades and trade-offs. If that is true – and I am proof that it is – then anyone and everyone can have a championship life.

As long as you are alive, you are in the game and it is therefore never too late to come from behind and rise above virtually any adversity that has held you back until now.  So, you feel like the odds are against you; so what? So, what if you feel like you’re in the bottom of the ninth inning? Heck, that’s the best way to win. All you’ve got to do is go out there, believing you can overcome whatever the adversity happens to be and then refuse to give up. In sports, losing is always a possibility. In life, you can never lose as long as you stay on the field and stay in the game.