Why you don’t fit in by Jim Aitkins

Home Why you don’t fit in by Jim Aitkins 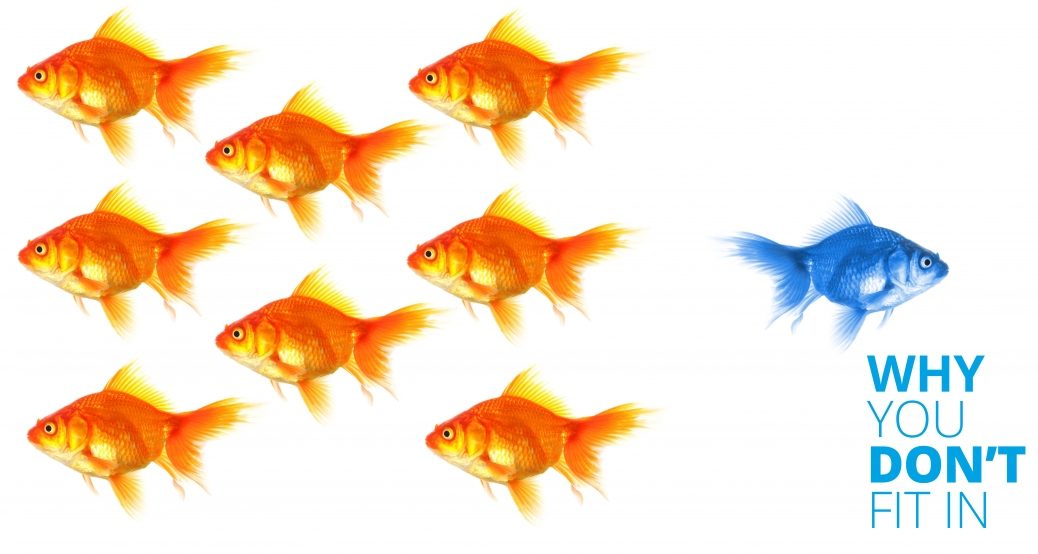 Jim Aitkins is an American writer and speaker who enjoys making simple observations about everyday life that can provide powerful lessons that lead to personal growth. This month he reminds us that the best you may be closer than you think.

Do you ever wish you looked like someone else? Perhaps you’ve wished you were like someone else in some other respect. The truth is you are different. You know you are. You may worry that everyone else knows it too.

In the fall of 1960, the groundbreaking television show The Twilight Zone was in its second season. My favorite episode of the series was originally aired on 11 November of that year. It was titled “Eye of the Beholder”. It’s about a disfigured woman. We are not told how she became so dreadful to look at; all we know is that she had undergone more than one surgery in order to look more like everyone else and now this would be the final attempt to correct her awful facial disfigurement.

“Janet Tyler has undergone her eleventh treatment in an attempt to look like everybody else. She is described as being ‘not normal’ by the nurses and doctor, whose own faces are always in shadows or off-camera, and her head is completely bandaged so her face cannot be seen.

At this point, the doctor, nurses and other people in the hospital, whose faces have never been seen clearly before, are now revealed to be horribly deformed by our perspective, with large and thick brows, sunken eyes, swollen and twisted lips, and misshapen, pig-like snouts. Distraught by the failure of the procedure, Tyler runs through the hospital as the disfigured faces of everyone she runs into, the norm in this society, are revealed.

Eventually, a handsome man (by our standards) afflicted with the same ‘condition’ arrives to take the crying, despondent Tyler into exile to a village of her ‘own kind’, where her ‘ugliness’ will not trouble the State. Before the two leave, the man comforts Tyler with the very, very old saying that ‘beauty is in the eye of the beholder.’”

In many ways, we are all like Janet Tyler. We emphatically do not want to ‘stick out’, to be ostracised and made to feel like we’re ‘ugly’. So, we strive to fit in.

You do not need to try to look or be like everyone else. Just be you. Be the best you.

The ironic truth is that if you’d stop trying to make people think you’re better than you really are, people would start to think that you are better than you probably really are. Just relax. You don’t fit in because you’re not supposed to. You were designed to be beautiful and unique and special. And you are.