The Secrets Of Ronaldo’s Success by Dr Stephen Simpson

Home The Secrets Of Ronaldo’s Success by Dr Stephen Simpson 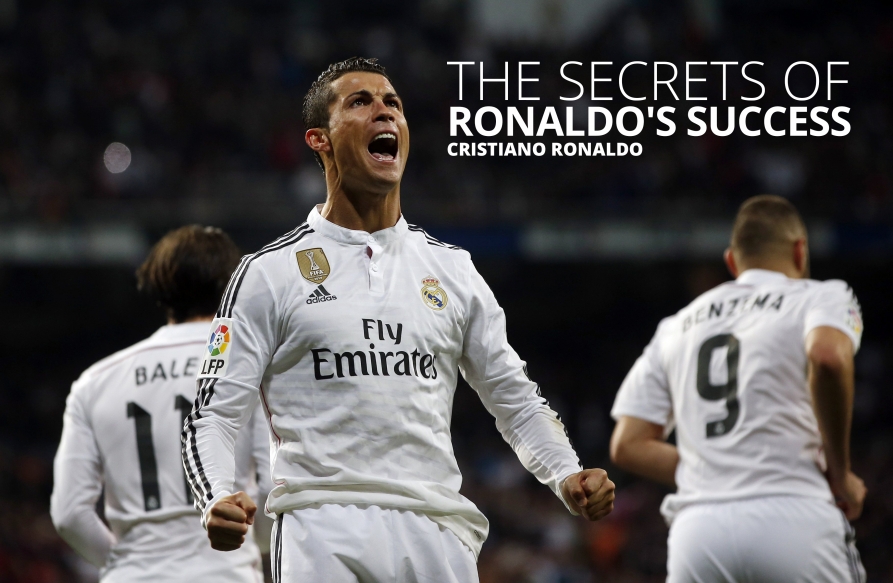 In the first of a series of articles looking at the secrets of the world’s top sportsmen and women, leading mind coach Dr Stephen Simpson looks at the skills of Portuguese footballer Cristiano Ronaldo and asks what makes Ronaldo Kick?

Cristiano Ronaldo, one of Real Madrid’s star players, holds numerous records and has won many prestigious titles. He is a prolific striker, and is the first European league player to score 40 goals in a single season, not just once, but twice in consecutive seasons.

Described as the complete footballer, equally proficient scoring with his head, either foot, or even his body, he is equally comfortable with static ball situations, such as taking penalties, free kicks, and corners, as well as tackling and dribbling at high speed. He is also extremely fit, and carries 3% less body fat than a supermodel.

Not surprisingly Cristiano is one of the most popular players in the world – and one of the highest paid. So what goes on in his head, and how can you use this knowledge in your favourite sport?

Arsenal manager, Arsene Wenger, offers some revealing clues, highlighting Cristiano’s air of arrogance, and his belief that he is number one.

Where do you wish to draw your personal line between being arrogant, and possessing self belief? My suggestion is to err on the side of arrogance. It may lose you friends and invite hostile criticism, but your inner arrogance will enable you to perform at the top your ability. Remember, though, it is a matter of balance and personal choice. As Henry Ford said, ‘Whether you think you can or think you can’t – you are right.’

Other clues to the source of Cristiano’s success were revealed in the documentary ‘Ronaldo – Tested To The Limit.’ In a series of experiments scientists examined his physical and mental performance.

One experiment involved wiring him to equipment that monitored his eye movements whilst dribbling the ball past an opponent. Cristiano’s eye movements were seen to be extremely rapid, as he scanned the ball, the defender’s body parts, and areas of open space. The result was that he could predict the defender’s movements, and read the game almost instantly – certainly much faster than is possible using his conscious mind. Cristiano therefore trusts his unconscious mind implicitly.

The truth is that the greatest gift is to trust and let things happen rather than make them happen. This mind strategy releases the far greater and much faster power of the unconscious mind.

Another experiment involved taking a corner for Cristiano to score from, using his head or foot, depending on the height of the ball. There was no goalkeeper or other defenders, so this should not have been too difficult, except that as the ball was flying about half way to him the lights were switched off. As you might have guessed Cristiano was able to score comfortably, because his unconscious mind had accurately predicted the flight of the ball, and he was able to complete his final movements in complete darkness.

The scientists were determined to test Ronaldo to the limit. This time the lights were switched off just before the ball was kicked in his direction… Still the ball ended up at the back of the net, as he imagined the flight of the ball using only the player’s movements before the ball was even kicked. Ronaldo processed this information by tapping into his unconscious memory banks. He accessed information from thousands of hours of practice to “see” in the absence of seeing a real ball.

This process is called visualisation, which we are all capable of. Cristiano has taken it to an extreme. As we study other athletes in this series the importance of visualisation will be demonstrated in many different ways. The good news for you is that it is possible to improve your visualisation skills. A little extra will make a huge difference to your success, and not just in sport.

In the next article we will visit the world of athletics, and find out the mind secrets developed by the world’s fastest man, Usain Bolt.