What does the future hold in store for Russell Grant?

Home What does the future hold in store for Russell Grant? 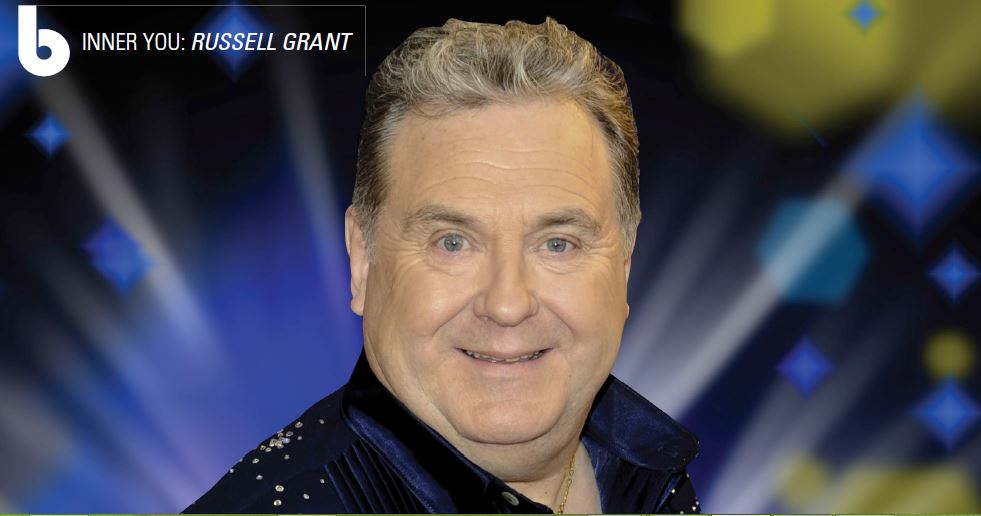 I didn’t start as an astrologer,” says Russell Grant with a smile. “I actually started in show business.” Growing up in the village of Harefi eld in Middlesex, Grant was surrounded by theatrical types – his mother worked for Pinewood Studios, his father was a set designer on blockbusters like Cleopatra. No surprise that his early life was acting, while astrology was a hobby.

All that changed when he did a reading for Tommy Steele. “Through him I became a friend of Princess Margaret.” Then, after he was photographed doing a reading for the Queen Mother, he was tagged as the Astrologer Royal.

“There’s not been a British Astrologer Royal ever! I doubt if there’ll be one ever again,” he says, and admits that he also gave readings to Princess Diana, too.

So what is it about astrology? Russell is clear it’s far more than the simple Sun Sign astrology you see in the papers. He explains that astrology is really to do with “the potential of the human soul and the human being… If you connect with yourself and you bring out what you should be doing and fulfi l your potential, you’re very happy, you’re very fulfi lled and you’re very satisfi ed. As a result of that you make other people happy too.”

But life wasn’t all the highs of appearing on UK and US tv as a celebrity astrologer. News that his grandmother had Alzheimer’s made him return to care for her.

“I went through a very dark period of great depression and sadness because my grandmother died,” he says, admitting that after her death, he didn’t know what to do with his life. “The turning point for me was when I hit 27 stone in weight… The reinvention came when I psyched myself up that I had to change otherwise I would die. During suspected prostate cancer and even skin cancer… It was about getting my mindset right to be able to get everything else right.

You’ve got to want to do something. If you don’t really believe it or believe in yourself then you won’t do it and 5th January 2009 I woke up one day and I couldn’t walk, I was on a stick and I thought I’ve got to change myself. That’s what I did.”

Acting also pulled him through. “Because of my background in showbiz, I actually set up a drama school. I was helping illiterate people perform Dylan Thomas’ Under Milk Wood by teaching them orally.”

Russell recalls fondly that they put on the show at Portmeirion in North Wales. For the royal wedding between William and Kate he also put on A Midsummer Night’s Dream. It was, he remembers, “a wonderful sense of achievement, watching other people achieve what they’d never thought they could do. How wonderful is that for them? How wonderful for me that I was able to give something of myself to inspire them.”

This healing power in showbusiness also helped him. “I realised I’d left showbiz behind, the music, the acting, the singing.” So in 2009 he went back to it, appearing in Alan Ayckbourn’s Soap, to wonderful reviews before going on to win the Evening Standard One Act Play award for another performance at The Brighton Festival.

Then, with Strictly Come Dancing he found a “fuel to my soul and my spirit. It enabled me to be me again.” After his appearance there, Andrew Lloyd-Webber rang him up and asked him to take the title role as the Wizard of Oz. Russell now believes the future is bright as he works on many new projects, such as teaching people astrology to help themselves and others. Musicals, dancing, acting are on the horizon, too. Russell also hopes to work in ecology and “do something to help Mother Earth”. To sum up, he says, “It’s all forms of showbiz, all forms of communication where other people can learn and be involved.”

And asked what he would like people to say of him, he replies:

“Well, hopefully, that he brought a little bit of joy into someone’s life – and he spoke a bit of sense.”