What does it take to be a journalist?

Home What does it take to be a journalist? 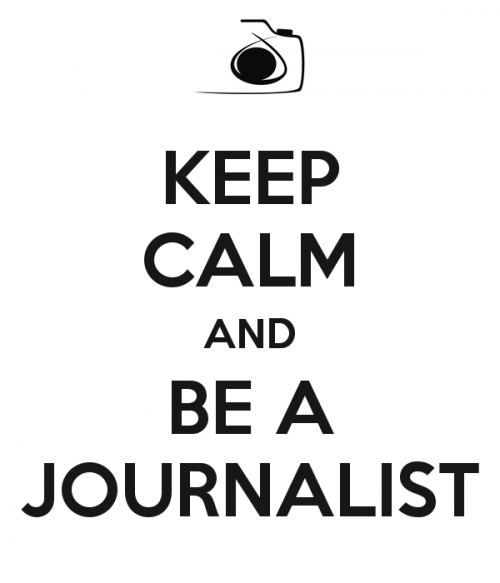 Part of being the best you can be is focusing on what it takes to get there. We’re continuing the “What does it take…?” column, which looks at this aspect of being the best. This month, we’re chatting with renowned journalist Lester Kiewit.

How did you become a journalist?

Midway through high school I knew I wanted to be a newsman. I had already started reading up, choosing subjects, and doing extra-curricular activities that would help me in a potential career. After high school, I enrolled at Cape Peninsula University of Technology for three years. I got an internship at a talk radio station at 19 years old. And the rest, as they say, is history.

What is the best thing about being a journalist?

I guess I just love knowing ‘stuff’. The career forces you to read up a lot on so many things, to be up-to-date with current events. But I guess if you don’t have an interest in current affairs, it’s not the career for you.

And the most challenging?

The deadlines are stressful. I work in broadcast news. So if your deadline is 1pm, and you miss it, you don’t get 1pm back. You’re late. So there’s tremendous pressure. But you learn to feed off that pressure and perform at your best.

I have to arrive at the office at about 8:30am. By this time, I’ve already checked my twitter feed, the news wires, and have listened to the news on the radio while driving in. At the office, I scan the papers. I then have a chat with my news editor on what I have planned for the day. A camera operator and I then go out to do our shoot and do interviews. Back at the office, I’ll script my story. Then I go into the video editing room and put it all together. I usually leave the office at about 5pm. What I’ve learnt while being a journalist is that you’re ALWAYS on call, always on standby. My phone is permanently switched on in case of a breaking story.

Is this something you see yourself doing for the rest of your life?

Yes, actually. I see myself as becoming a news and broadcasting veteran.

What made you want to become a journalist?

I’ve never had that idealistic ‘I want to change the world’ bent. It’s just that from a very young age, and in this case about eight years old, I was interested in the telling and recording of history. I grew up during the transition from apartheid to democracy in South Africa, which was a fascinating time. I saw journalists as being at the coalface of history. I wanted to experience that too.

Which the assets are most useful in your career?

You have to be resourceful. You have to make magic from the little you have. Equipment breaks. Wi-Fi dies. Pens run out of ink. But you need to make a plan! The deadline still looms.

Is there a divide between the journalists who report on the softer stuff, like celebrity news and entertainment, and the more hard-core journalists? Or do they respect each other?

I consider myself a ‘serious’ news journalist. I cover politics, court and crime. It’s what I’m interested in, and that’s what I think influences our world and society.

But I’m not totally opposed to the ‘fluff’ stuff. Journalism and broadcasting should also provide entertainment and escape. I wouldn’t disparage the soft news journalist; I’ll just say it’s not what I do, and it’s material I consume very little of.

I admire Archbishop Desmond Tutu. He’s a true moral voice, without being moralistic.

I was involved in the broadcast of the funeral of Former President Nelson Mandela. I remember being live on TV as the President’s cortege drove passed me. It was erringly beautiful. It was my proudest moment as a South African in honouring our founding president, and a very proud moment for me as a broadcast journalist.

A journalist, marine biologist, doctor, or a lawyer. I went for my first choice.

When did you last see the sunrise?

Last Sunday. I drove my fiancée to an early morning marathon.

How do you relax?

I sleep. I sleep a tremendous amount. It’s the only way I can truly unplug from news and media.

What do you want to be remembered for?

Just being a good journalist. That’s all.

What story from history do you most with you were there to report on?

I wanted to be at the release of Nelson Mandela from prison, but I was only six years old then. I watched it on TV. My parents went to the Grand Parade where Mandela made his first speech after 27 years in prison. While my friends and cousins played outside on that Sunday afternoon, I was glued to the TV indoors.