What does it take to be a… beekeeper by Tim Lovett 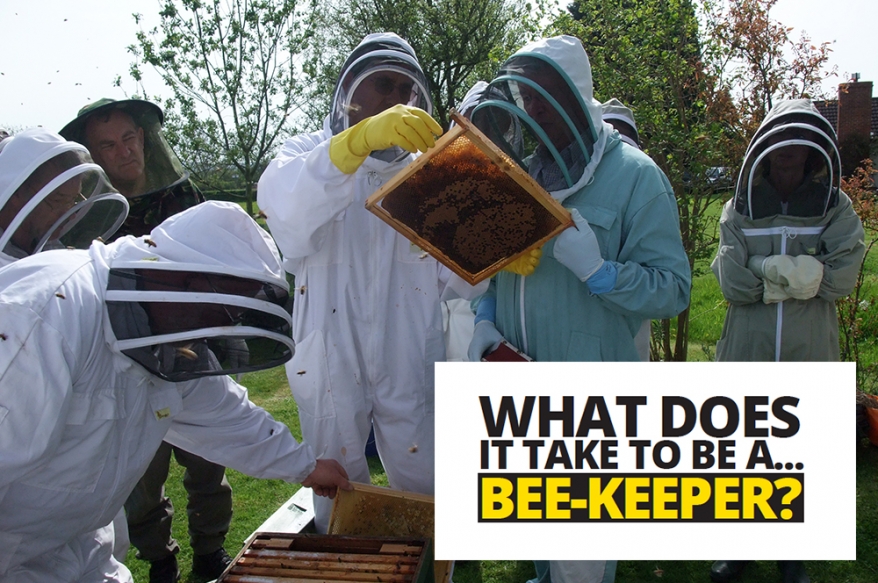 Town or country, you’re sure to spot a busy bee when you’re outside this summer. Tim Lovett, director of public affairs at the British Beekeepers Association (BBKA) explains why they are so important to our eco system

How did you get involved in beekeeping?

“I’m a biologist by training but as a kid I read Sherlock Holmes, and I always remembered the end, when he retired to Sussex to keep bees. My local beekeeping group had an open day, and I went along with my daughter and got hooked.

Firstly I got involved in my local beekeeping association, then at county level and finally nationally. I became a trustee in 2000 and have been a chairman, president and now director of public affairs at BBKA. We are an educational charity and part of our work is to inform the public about the importance of honey bees.

Ten years ago, it became apparent that the government was not funding research into bees and honey bees were facing serious challenges. Thanks to a successful campaign of awareness, £10m was invested into the Insect Pollinators Initiative”.

If you go back ten years, the public profile was that bees make honey, sting and swarm. Now that has changed and people are aware that they are vital for pollination, only sting defensively and that swarming is a good sign, as it’s how they reproduce.

Keeping and running a couple of hives is not difficult but it is essential to be properly trained. During the season you would need to inspect your hives on a weekly basis – if there’s no space, you need to add on an extra box or super for the bees to store their honey – then in winter, you need to check that the bees have enough food and if the hive is too light, feed them. It’s not labour intensive but knowledge is important.

There have been immense changes in agricultural practices over the past 50 years, which has impacted the way that bees forage. Also, the arrival of the Varroa mite in the early 90s killed almost all wild honey bees, so humans have had to act to protect honey bees which are very important to us. One third of what we eat is pollinated by bees, and their behaviour affects other animals, such as pollinating berries for birds to eat. It’s enormously important to the eco-system.

When the varroa mite hit in the 90s, lots of beekeepers gave up but a new generation has come through and while we had 8,500 BBKA members in 2005, today we have 25,000. The main credit must go to the public, which has got involved. Farmers too are more aware of their role in good stewardship and use of pesticides. Although there is no silver bullet for the varroa mite and bees are still under threat, we have established good growth in the number of colonies.

If you want to keep bees, the best thing to do is go along to your local beekeeping association and join the BBKA. Get a buddy and look over their shoulder and learn how to do it correctly. The BBKA also has two schemes – Adopt a Beehive, which enables you to be an armchair beekeeper, and Friends of the Honey Bee which supports the work of the BBKA.

If you’re lucky, your buddy might offer you a jar while you wait. Ordinarily you might get some in April or May if there’s a rapeseed crop nearby, but traditionally you would expect to enjoy some mixed flowers honey in August.

To find out more, visit bbka.org.uk