Welcome to the revolution

Home Welcome to the revolution 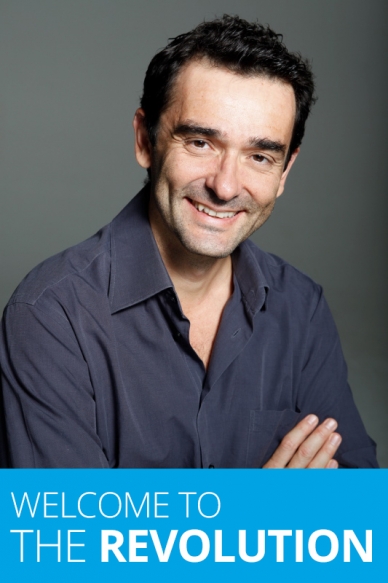 Will artificial intelligence save or destroy us? George Zarkadakis offers an insight into the future

Machines entered our lives about 200 years ago. Steam engines mechanised labour and launched the first industrial revolution in the late 18th century. At the start of the 20th century, mass production powered by electricity made it possible for everyone to own a car, washing machine and refrigerator. Life standards improved, and so did life expectancy. This was the second industrial revolution, quickly succeeded by the third. By the 1970s, computers began to automate manufacturing, while miniaturised electronics supplied a cornucopia of new devices and innovations, from the iconic Walkman of the 80s to the iPhones and phablets of today.

Throughout this time, machines have been stupid. They did as they were told. They have been our slaves and we their masters. But things are about to change. Artificial intelligence, cognitive computing, big data and the internet of things are transforming our relationship with the machines. Soon our digital creations will acquire the power, intelligence and ability to make and take decisions without asking us. Welcome to the fourth industrial revolution! Are you ready for it? It’s not a rhetorical question. In 2013, two Oxford economists suggested that almost 47 per cent of current employment would become obsolete within the next two decades, because of smarter computers. If your job can be automated it is probably doomed for the dustbin of history. High-risk job categories include accountants, engineers, insurance brokers, as well as medical doctors.

The mechanical looms of the 1780s replaced manual workers. We are now approaching a time when highly-paid white collar experts could soon be replaced by cognitive computer systems and deep learning algorithms. It is a scary outlook that seems fast approaching given the huge interest and investment in artificial intelligence. Take, for example, Google which last year paid $650m for UK company Deep Mind. Demis Hassabis, the wunderkind founder of Deep Mind is now working for Google. Facebook is also investing in AI. Yann LeCun, a star professor from NYU, is leading AI research for the global social network. Another big player is IBM, the company that developed Big Blue, a computer that beat Kasparov at chess in 1997; and sibling computer Watson, a computer that won the television game Jeopardy in 2011. These companies aim to develop computers that can learn. Humans learn by a process of continuous feedback, or ‘reinforcement’; when we see something new, our brain selects the best possible match between what we sense and what we think we know about the object we observe. We create a number of hypotheses but only one ‘survives’ after we identify correctly (or someone tells us) what it is that we see. This biological mechanism can be simulated in a computer using highly sophisticated mathematical and statistical techniques. This is computing of a totally different category and scale because it allows a computer to improve its performance over time.

Couple that with technological power doubling every 18 months and you get an accelerated evolution of computers that can diagnose diseases, suggest the best travel package according to your profile, budget and tastes, translate between languages, and generally do what traditionally has been thought of as ‘impossible’ to code for. So where does all this lead us? Some, like American investor and entrepreneur Elon Musk, fear intelligent computers will take over the world and exterminate us, as portrayed in movies such as Terminator or Matrix. But the most likely scenario for the fourth industrial revolution has to do with economics, rather than Hollywood’s obsessions. Imagine fully automated factories run by robots and computers, and a world where the top one per cent, which owns most of the capital now, owns most of the new production means as well. In such a robotised future, what role is there for the majority of humans? How stable could a society be where half of the population are unemployed and the rest underemployed? The fourth industrial revolution could make us all poor and destitute. But this is not an inevitable outcome. It has been shown that humans can be more creative when working with intelligent computers. If we rethink our societies and economies we can spread the bounty of intelligent computing more evenly and equitably. As we approach the crossroads of the fourth industrial revolution, we can chose to embrace AI and become liberated by smart machines, to explore new things and ideas, expand our knowledge and enjoy more from life. Thankfully, we have a formidable tool at our disposal that can help us move to the right direction; it is called democracy. We should use it.

George Zarkadakis is an AI engineer and science writer. His new book In Our Own Image – Will Artificial Intelligence Save or Destroy Us? is published by Rider. Follow him on Twitter @zarkadakis