Wayne Rooney: Just your ordinary genius? by The Best You

Home Wayne Rooney: Just your ordinary genius? by The Best You 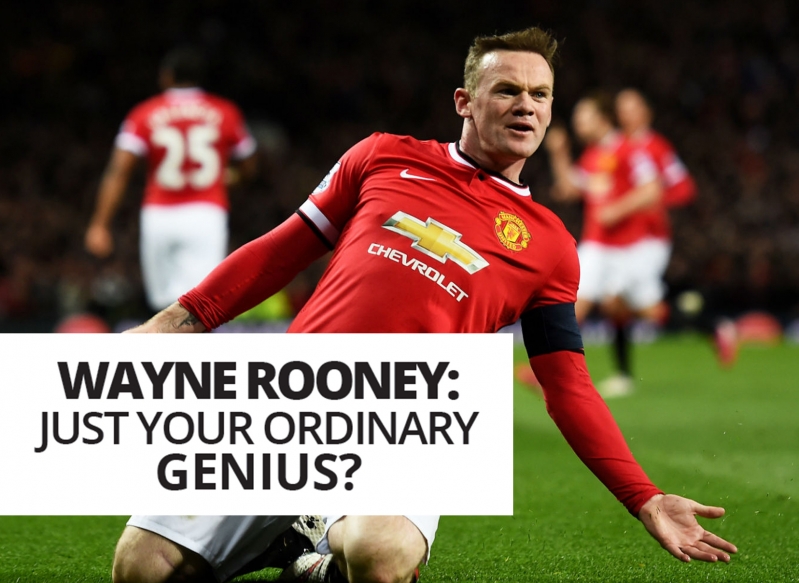 Variously described as brilliant, hotheaded, impulsive and a genius, we look at the man behind the legend that is Wayne Rooney

Wayne Rooney is the great example of a naturally talented player who, despite coming from a poor background, had everything in place to allow him to shine.

Born on 24 October 1985 in Croxteth, Liverpool to a working class Roman Catholic family, Wayne grew up in one of the tougher council estates. His mother, Jeanette Morrey, was a cleaner, and his father, also Wayne Rooney, was a builder’s labourer. They met when Jeanette saw Wayne senior running past her house as part of his fitness regime, and just before Wayne was born they moved into a small council flat. There was a sporting pedigree on both sides of the family, with Jeanette’s brothers being keen amateur footballers.

As for football, it was in Wayne’s life from early on. His father took him to his first Everton match when he was six months old, carrying him on the buses and holding him in the stalls. It was an early introduction to the beautiful game which was repeated as he grew up, with Wayne junior quickly falling in love with the game, and with Everton.

Now with two younger brothers, Wayne moved into a three-bedroom council house that backed on to the Gems youth club. He lived and breathed football from early on. At nights he would climb over the house’s back fence and play on the 5-a-side pitch in the darkness. Then in the morning he would be up playing football with his friends in the street. His room was filled with Everton memorabilia. It was his passion.

At school, he received good reports, though he was never really interested by his subjects. He just loved football.

When he was nine, he was spotted by a Liverpool FC youth scout who asked him to tryout for the team, which he famously did in an Everton shirt. They asked him to go back for a second trial and on the same day the Everton scout also fixed for a tryout, too. Wayne didn’t need to think twice, and Everton accepted him, spotting his extraordinary talent straight away.

It was every boy’s dream, and Rooney showed extraordinary natural talent, often being placed with boys two years older than him so he would be among equals. At the time his mother worked as a dinner lady to bring in money while his dad had the job of running him between school and the club. He says he realised he was something special as a footballer when he was signed off from his normal school for three days a week, and then for four days a week as a teenager.

Rooney has an impulsive streak. He married his childhood sweetheart Coleen McLoughlin when he was 23 years old after a six-year relationship, famously proposing at a petrol station because he couldn’t wait to get to the meal where he intended to ask. Before this, he’d also used prostitutes whilst going out with Coleen. He puts this down to his own immaturity and has settled now into the role of family man. His impulsiveness has also been shown on the pitch. He was sent off during the 2006 World Cup in a match against Portugal, which saw England crash out of the tournament.

Nevertheless, he has become an increasingly respected player. He is England’s highest goal-scorer, captain of the national team and of Manchester United. His team members respect his passion and note that he is able to channel his anger into extraordinary and brilliant play.

Rooney now has three boys with his wife Coleen, and he admits that this level of responsibility has matured him. He moves on quickly from setbacks, and is willing to apologise if he makes a mistake, as he famously did with his former Everton manager David Moyes whom he criticised for holding him back in the early part of his career. He later acknowledged that he was wrong and was willing to eat humble pie in public. These days he shows less uncontrolled aggression on the pitch, powerful discipline and a talent to assess and exploit a situation on the pitch.

Extremely shy of the press, he is also often quiet and reserved when he first meets someone, until he has the measure of them. As a captain he is regarded as having the common touch in man management, working to unite the team through close bonds of friendship and always maintaining a level of humility around his team.

In many ways, Rooney’s extraordinary talent as footballer is highlighted by his ordinariness. As his wife, Coleen puts it: “He’s just a normal lad. He just wants normal life – and he wants to play football.”

He’s a down-to-earth, self-effacing footballing genius. That’s quite a combination.