Watsi the big idea? An interview with Chase Adam

Home Watsi the big idea? An interview with Chase Adam 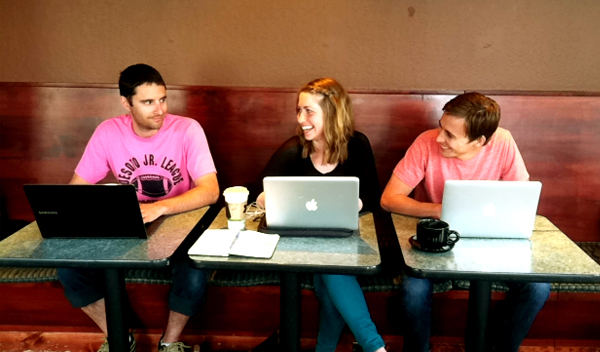 We all know how effective crowdfunding can be at kickstarting dream projects. But what makes Watsi different is that it’s saving lives. The Best You chatted with Watsi founder Chase Adam about how it all began and what makes it different from other charities.

Travel is an important part of self-growth. We discover things about ourselves that we would never have otherwise known. Being taken out of your comfort zone, geographically speaking, not only takes you on a physical journey, but a journey of self-discovery as well. And sometimes that journey can inspire an idea that sets in motion what you were put on this earth to do. This was the case for traveller, visionary, and all round inspiration, Chase Adam.

“I was serving as a Peace Corps Volunteer in Costa Rica,” remembers Chase. “I was coming towards the close of my service and I was travelling on a bus. A woman got on the bus and started asking all of the local passengers for help to pay for her son’s medical treatment. People would get on the buses in Central America all the time and either sell things or ask for donations. Usually they don’t raise that much money. But this was different and the majority of the passengers on the bus started giving her donations. I couldn’t understand why everyone trusted this woman but they didn’t trust dozens that had come before her. It turns out they trusted her because she had her son’s medical record with her. They gave her donations, and I gave her a small donation as she got off the bus. I had an epiphany and thought it’s just crazy that we have websites like Kickstarter to fund businesses and creative projects, but we don’t have a website like Watsi, where we can raise funds for healthcare for people that need it.”

That epiphany by one man has changed the lives of many people in developing countries – people who would not have lived otherwise. It is common for people to feel like they are too small to do anything about the problems of this big, bad world. All the charities out there are surely only hitting the tip of the iceberg when it comes to people in need. But Watsi is different, for three reasons claims Chase.

“The first reason is the 100 per cent model. With Watsi you’re guaranteed that 100 per cent of your donation, even paying credit card processing fees, will go towards the patient of your choice. The second thing I think that sets us apart is our dedication to preserving transparency. And the third thing is I think our dedication to connecting people. It’s not about the website – it’s just about connecting human beings. Connecting a businessman in Bombay with a 40-year-old woman in rural Kenya. I just think it’s the power of connecting people is one of the most important things that sets us apart.”

Sadly donating to many charities out there means that a small percentage goes to the people in need, while the rest goes to paying salaries, rent, and other expenses. As Chase mentioned, 100 per cent of Watsi donations go to the patient of your choice. But salaries and rent still need to be paid, so how is this possible?

“Watsi has two bank accounts. One is for patients and one is for operations, and we raised around of $1.2 million a few months ago to cover operations for 18 months. We also ask for an optional tip when you donate. So, you might donate $100 dollars to a patient and also if you want to give an optional $10 dollars to us.”

So, how does a kid who wanted to be a pro-surfer grow up to try and change the world? “Well I think I virtually always have wanted to do good,” says Chase “The problems are so clear: someone is homeless they don’t have a home, someone is hungry they don’t have food. But the solutions are very complicated, so I always felt overwhelmed. Throughout college I travelled to and lived in and worked in more than 20 countries all over the world. That really opened my eyes to the fact that a single person could have a pretty big impact so that’s what ultimately led me to work in Haiti and join the Peace Corps.”

While Chase spends most of his time working on Watsi, he does have some downtime. And while he may have abandoned the dream of being a pro-surfer, he manages to catch a few waves still.

Watsi is a global crowdfunding platform for healthcare that enables anyone to donate as little as $5 to directly fund life-changing medical care for people in need. 100 per cent of every donation funds medical care and they are dedicated to complete transparency.