War on Sugar by Bernardo Moya 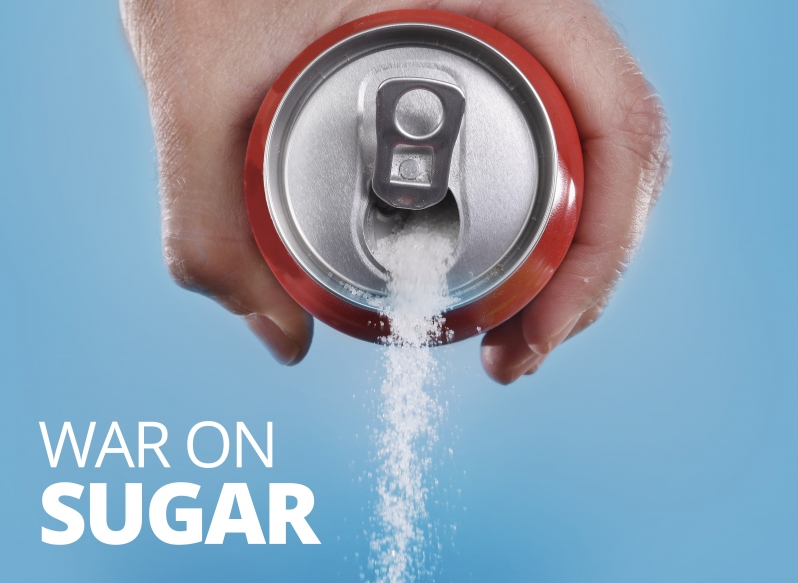 It seems like all the food and drinks we buy these days has hidden sugar in it. Even foods and drinks we think of as healthy. Sugar leads to type 2 diabetes and obesity, so our editor, Bernaro Moya, teamed up with Channel 4 Dispatches to investigate.

Sugar is on everybody’s lips – it’s in almost everything we eat and drink and giving it up is hard.

According to an article in The Guardian, “In the UK we eat and drink around 70 per cent more sugar than the government says we should.”

A growing number of health experts are calling for the government to act to cut down the hidden sugar in our diets, claiming it’s associated with a host of chronic diseases like type 2 diabetes, which are costing the NHS billions of pounds a year.

An investigation by Channel 4 Dispatches called ‘Are We Addicted to Sugar?’ reveals that scientists advising health ministers on how much sugar should be in our diet are being funded by chocolate, ice-cream and fizzy drink companies as well as a lobby group for the sugar industry.

It has been suggested that we tax food and drink with excessive sugar, as they do in many European countries. The Americans have been trying to get some traction with this effort as well, and in 2009, 33 US states had a sales tax on soft drinks. There have been proposals to get other states on board, but it seems their addiction to sugar keeps getting in the way and it keeps getting rejected by the voters. Professor David Colquhoun of University College London told The Guardian:

“Bugger all is known with certainty about the effects of diet on health. That’s why so much is written about it. The whole problem is that it’s all correlational stuff – there’s no causality proven. Nevertheless the best current guess is that sugar is a much bigger problem than fat. And it’s addictive, which is why manufacturers do it (I’ll happily eat a whole bag of jelly babies). That can’t be good – so, yes, I’d say let’s tax it.”

The suggested 20p tax per bottle of soft drink would raise £1 billion a year – money that could go to good causes, such as children’s healthcare and nutritious school dinners.

But by now the fact that Coca-Cola is loaded with sugar isn’t news. What’s more surprising is foods and drinks we previously thought of as healthy are now being criticised by health experts. Robert Lustig, an American paediatric endocrinologist at the University of California, counts fructose as our latest enemy. In an article for The Guardian he wrote:

“Fructose causes seven times as much cell damage as does glucose, because it binds to cellular proteins seven times faster; and it releases 100 times the number of oxygen radicals (such as hydrogen peroxide, which kills everything in sight).”

Staying away from sugary and fructose enriched drinks is one thing, but surely our meat is okay. Apparently not. He also blames insulin for obesity, saying that we are producing too much owing to our unnatural diets, and the meat we eat is unnaturally reared. Insulin is the hormone that causes energy to be stored in fat cells. Lustig told The Guardian in an interview:

“In grass-fed beef, like in Argentina, there are no problems, and that’s why the Argentinians are doing fine. The Argentinians have a meat-based diet. I love their meat. It is red, it’s not marbled, it’s a little tougher to cut but it’s very tasty. And it’s grass-fed. That’s what cows are supposed to eat – grass. We [in the US] feed them corn and the reason is twofold – one, we don’t have enough land and, two, when you feed them corn they fatten up. It usually takes 18 months to get a cow from birth to slaughter. Today it takes six weeks and you get all that marbling in the meat. That’s muscle insulin resistance. That animal has the same disease we do, it’s just that we slaughter them before they get sick.”

So much of what we put into our bodies is poison, and it is killing us. Read the ingredients and be aware of what is going into your body. If you can’t pronounce an ingredient, it’s probably not okay.

A call to tax foods with excessive fructose and sugar

Action is required to tackle obesity, which can lead to diabetes, heart disease, stroke and cancer. These obesity-related diseases are costing the NHS so much that they could go bankrupt in a few years.

Added sugar in our diet is a very recent phenomenon (c150 years) and only occurred only when sugar – obtained from sugar cane, beet and corn – became very cheap to produce. No other mammal eats added sugar and there is no requirement for added sugar in the human diet. This sugar is a totally unnecessary source of calories, gives no feeling of fullness, and is acknowledged to be a leading factor in rising levels of obesity and diabetes both in the UK and worldwide.

It’s not just the well-known brands, such as Coca-Cola, which has a staggering nine teaspoons of added sugar per can. Flavoured water, sports drinks, yogurts, ketchup, ready meals and even bread are just a few everyday foods that contain large amounts of hidden sugars.

Researchers say that if governments take action, such as putting an end to the clustering of fast food outlets on high streets or taxing fizzy drinks, they can help turn the tide against obesity.