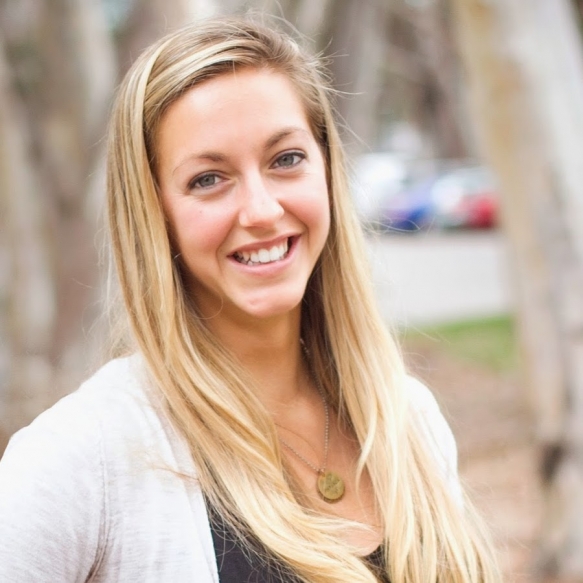 YouTube channel description: Physics video for every atom and eve

I had just graduated with my Bachelor of Science in physics and wasn’t sure what I wanted to do for a career, so I uploaded a silly video called, ‘What to do with a physics degree’. In it, I declared I was going to make 101 other videos of things I would nominally ‘use my physics degree for’. These were things like skydiving, learning to windsurf, things that I hadn’t had time to do during my studies. But somewhere along the way, the channel got hijacked by my desire to communicate science and the rest of the videos were about physics aimed at my friends and family who didn’t share my enthusiasm for physics, but I was hoping could be converted.

How did you get started?

I just made a video for fun. It was really silly. I didn’t intend for it to get a large number of views, or gather an audience (which it didn’t), so I didn’t feel much pressure. I didn’t think much of it except that I hoped the people who had graduated and didn’t know what to do with their lives would see it and realise they are not alone.

Who was the first person to respond?

The first person who commented was endabrady100 who wished me luck in my career endeavours. Much better than the second commenter who wrote, ‘use physics skills to make awesome sammiches for me’.

How have your friends and family reacted to your YouTube fame?

My friends and family have been very supportive of the channel overall. My parents were a bit hesitant at first, saying: “You’re using your degree to make videos on The YouTube? Why?” But they have since become really excited about it. Many of my friends are physicists so they’re always willing to help me understand physics. My sister just wants me to stop being so busy so I can go meet her new puppy.

How long does it take you to create a video?

It takes anywhere from two days to two weeks to create a video. It could take longer, depending on how many revisions I go through when I don’t like the end result of a video. The creative process involves lots of research and emailing experts. I then write a script so that I really boil down the info to the most important parts and don’t end up rambling on camera. Then comes the typical filming, editing, creating a thumbnail, writing a description, and doing all of the social media stuff.

What’s been your most popular video?

The most popular video by far has been the Crazy Pool Vortex. It’s a really unique, simple experiment that involves moving a plate through the water in a calm pool and watching the unusual half-ring vortex that it makes. I think it’s so popular because, just like the baking soda and vinegar experiment, it’s reproducible and surprising.

Which video did you most enjoy making?

I really enjoyed making the follow-up video to the pool vortex because I got to take suggestions from viewers, and actually get in the pool to film the vortex underwater. I really like being outside, so I need to find more ways that I can combine physics and the outdoors.

Have you had a response from other vloggers?

Absolutely! Veritasium, Smarter Every Day, Minute Physics, Vi Hart, the Green Brothers, they have all been incredibly supportive and have offered advice and feedback. I’ve had the opportunity to meet many of them and it’s such a nice community.

With more than 7m views, how do you feel about being recognised as a vlogstar?

When viewers come up to me and say they love the channel and share their enthusiasm for science, it’s an incredible feeling. I took a selfie with some young female Physics Girl fans last week and I’ll probably end up framing that because it’s such an inspirational reminder of why I do what I do.

What are your future plan for Physics Girl?

My hope is to make videos more frequently, and to encourage people to explore science with the young people in their lives.