Victoria Pendleton – Talent in Harness by The Best You

Home Victoria Pendleton – Talent in Harness by The Best You 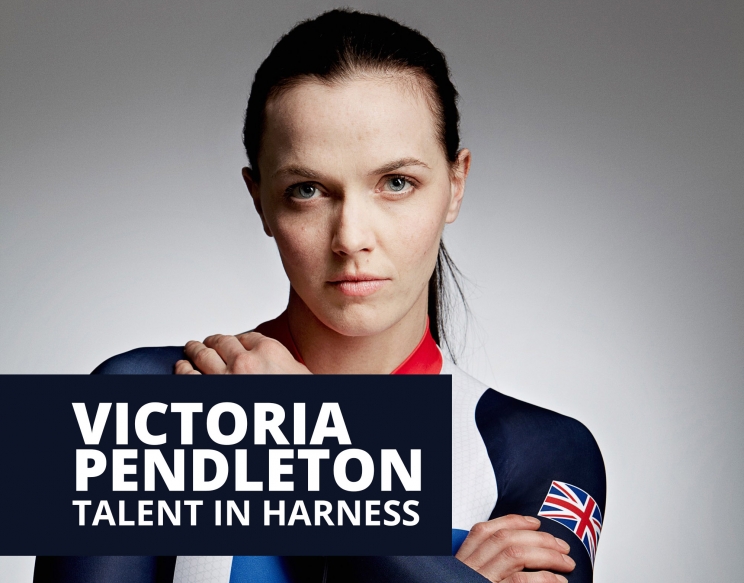 With a promising second placing in her first ride as an amateur jockey, The Best You looks at the career of former Olympic Gold cyclist Victoria Pendleton as she gears up for new challenges

Victoria Pendleton’s story is a great example of how great talent sometimes needs very special handling. Born in Stotfold, Bedforshire in 1980, Vicky was the daughter of Max Pendleton, a former British national grass track cycling champion and his wife Pauline, a kind and supportive mum.

From early on, she was desperate for approval and affection from a father who was distant and undemonstrative of affection. It was why she cycled with her father every week. “I just wanted Dad to love me, and be proud of me,” she says, seeing herself as “the little girl trying desperately to stay in sight of her dad, pedalling up a hill until it seemed her heart might burst.”

She was also a sensitive child: “We were waifs and strays, the misfits left loitering far from the cool kids,” she remembers. One of the ‘weird’ kids who was more interested in learning or working than looking cool. In her early teens she developed rituals of repeatedly washing her hands to bring herself comfort, something her no-nonsense father put a stop to, early on.

Her sensitivity generated guilt if things weren’t right at home. She sacrificed simple teenage activities to keep her dad happy, for example abandoning weekend trips to the cinema after succumbing to his emotional blackmail; opting instead to chase him along rain-washed roads on her bike – and as she grew older, succeeding in catching him.

Her emotional commitment paid off. She won amateur road races and in 1996 came to the attention of Marshal Thomas of the British national track cycling team. She continued her education while training, becoming a full-time cyclist in 2001.

She was part of the extraordinary British Cycling explosion, her peers including Bradley Wiggins and Chris Hoy, but she never felt good enough. In a sporting world dominated by an aggressive and masculine attitude, she was a lone female cyclist in a group of boys. Her self-esteem and need for approval left her full of doubt, even though she had started to place well at World Cups and World Championships.

She remembers the British coach Martin Brabant was prejudiced against her because she was a slight-framed ‘girly’ girl whom he didn’t believe could win. On the first day they met he told her, “Miss Victoria, I’m going to find you very annoying.” For her, “he might as well have slapped me in the face,” she says, and his later disdain for her “cut to the core”.

After showing great early promise she was placed with Swiss coach Frédéric Magné. His punishing regimen and harsh near-mechanistic style might have suited some, but punishing regimes cycling through the winter-bound Swiss Alps, sometimes at -12°C left her more unhappy, even though physically she was growing stronger. She sought relief from her internal torment by cutting herself with a knife. The cutting of her arms giving her a sense of control over her life which calmed her for a while, and took away the distress she felt. “I did not want to kill myself,” she reflects on that dark time. “I just wanted to feel something different”.

It was thanks to the wisdom of team counsellors British team psychiatrist Steve Peters and coach Mark Simpson who helped her turn this around, getting behind their own “Team Pendleton”. She recalls: “Stable, consistent and emotionally sensitive, Steve Peters and Mark Simpson gave me hope that I could make it, on my terms, in a harshly thrusting and male-dominated environment. I was not, after all, alone.”

Emotion drove her, and she made use of it. When she was nearly ridden off the track by rival Anna Meares, she swore revenge by winning against her fairly and squarely. She chose to show the likes of Magné and Brabant and other critics that she could succeed on her own terms, not theirs. She lined up every part of her emotional life to create a powerful internal narrative for success. It worked. Her cycling career includes two Olympic Golds and a Silver, as well as nine World Championship Golds, a Commonwealth Games Gold and two European Championship Golds, among others.

Victoria retired from cycling 2012. She went on to help design bikes in Halfords’ Pendleton-branded series of bikes, was brand ambassador for Panténe and appeared in TV show Emmerdale and Strictly Come Dancing.

Then, in 2015, she swapped the saddle for… the saddle. In March she announced her intention to become a jockey, intending to compete at the Foxhunter Chase at the 2016 Cheltenham Festival. Her competitive debut in August 2015 saw her finish second in the Betfair Novice Flat Amateur Riders’ Handicap at Ripon Racecourse.

Victoria’s story is a powerful account of how great talent sometimes needs great skill and care to be allowed to shine. The psychological environment for a sensitive soul must be right, too. Now, with her darkness far behind her, we at The Best You wish her every success.