What is the Ultimate State of Personal Power? by Jonathan Wells

Home What is the Ultimate State of Personal Power? by Jonathan Wells 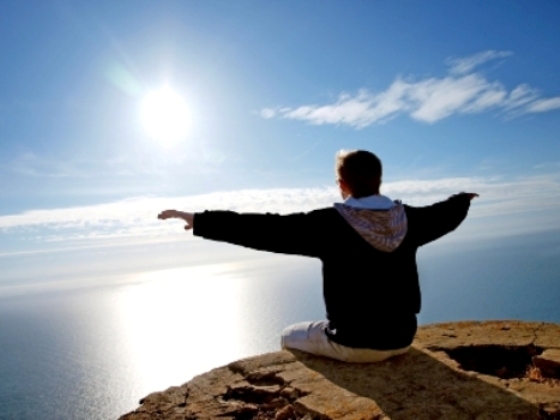 What is it that can move a person to go from a state of ho hum complacency to totally motivated and ready for any challenge? How is it that some people are able to harness the fortitude to overcome every obstacle that life throws at them while others give up and surrender their dreams?

What kind of elusive personal power makes it possible for guys like Thomas Edison to achieve success after ten thousand failed attempts? And what driving force motivated Walt Disney to unlock such massive creative ability after he was fired from his newspaper job because he lacked original ideas?

What source of personal power fuels these people?

At this point, you might be thinking that these “special” people have some rare quality, gift, or talent that the rest of us are lacking. Maybe they were born smarter, more motivated, or super creative. Perhaps they just had some unique opportunity that fell in their lap because they happened to be in the right place at the right time.

Certainly, if any of those conditional factors were major contributors to the success of such people, then the rest of us would have plenty of justification to just settle. Well, that’s not the case so we need to get over it. In reality, it’s the ability to tap into the ultimate state of personal power that creates the distinction we’ve been talking about, and that is something that is available to all of us.

We’ve all been there at some point

Can you remember a time in your life when you felt really motivated? It could have been when you met that special someone that you wanted to spend the rest of your life with. Maybe it was the day you graduated, or when you finally landed that job you really, really wanted. Stop and think back for a minute until you lock onto a time when you felt super motivated. What exactly did that feel like?

Didn’t you feel like life was full of opportunity and promise? Remember how, at that point in time, it seemed like almost anything was possible. Remember how empowered you felt, like nothing could stand in your way. What do we call that wonderful, powerful, oh so desirable state?

We call it INSPIRED

When we are truly inspired it changes everything. We become increasingly more motivated and passionate; we also become energized and fully resourceful. When we are feeling inspired we manifest a positive, optimistic outlook that allows us to spot new opportunities and to act on them with focus and determination.

In short, being inspired is the ultimate state of personal power and tapping into that state is what enables ordinary people like you and I to accomplish extraordinary things. We all have different talents and abilities, but it’s inspiration that will push us to reach beyond perceived limits and to test the boundaries of our potential.

Inspiration is the rocket fuel of life

Just to make sure we fully appreciate the energy generated by personal inspiration I decided to gather a little official backing. The dictionary describes inspiration as: stimulation of the mind and emotions to an unusually high level of feeling, creativity, and activity. Some common synonyms and related words are: imaginativeness, creativity, ingenuity, genius, productivity, originality, inventiveness, cleverness.

What happens to an otherwise ordinary life when we apply all of these benefits? It turns extraordinary, that’s what. We can learn new skills and strategies until the end of time, but without inspiration how much good will it really do? Knowledge alone is just academic data sitting on our mental hard drive waiting for an opportunity to become useful. Inspiration provides that opportunity.

Let’s light the fires and kick the tires!

At this point I think we can all agree that a large dose of inspiration can produce an abundance of desirable benefits in every area of life. Since that’s something we all want, the next obvious question is, how do we get more inspiration, and once we get it, how do we maintain it?

Inspiration – the Power to Move Life’s Mountains. Articles include:

1. What is the Ultimate State of Personal Power?

2. Inspiration and the Art of Nonconformity

3. Nonconformity is not the same as Individuality

What usually gets you feeling inspired enough to take action?

What’s the most inspired you have ever been and what happened?

If you could get really inspired, what would you do?