Home Be Twitter-Wise by Lon Safko 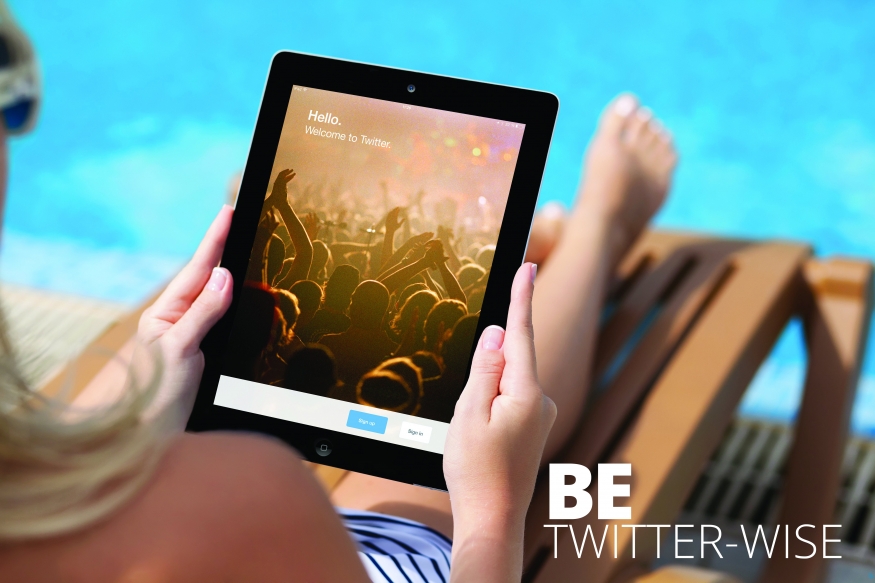 Twitter, the 140-character social media phenomenon, has more than 646 million members who collectively generate more than 58 million tweets per day. It is considered one of the three most influential digital marketing platforms on earth. Lon Safko offers some advice on how to use it wisely.

If used in the right ways, Twitter can be a powerful marketing tool. The Follower groups can be quite large, so a well-timed or well-executed message can have global reach. The top three people world-wide with the most Twitter followers are: Katy Perry (@katyperry) sporting 52,675,009, Justin Bieber (@justinbieber) singing out to 51,293,130, and Barack Obama (@BarackObama) presiding over 42,782,502 followers. This list might also represent a social commentary on our perceived hero priorities.

Recently, the New York Police Department (NYPD) launched what was to be a disastrous Twitter campaign in an effort to create an uncensored dialogue and communicate more effectively with their community. With best intentions in mind, they created “My NYPD “ and initiated the hashtag #myNYPD in the hopes of getting people to Tweet and attach images of the NYPD doing nice things for and with the citizens of New York. The effort proved otherwise when citizens of NY began posting image after image of police brutality. As a result, similar hashtags sprang up around the U.S. with #MyLAPD, #MyCPD and #MyAPD.

While I am a strong proponent of “user generated content”, creating such an open ended, uncontrollable Twitter campaign was irresponsible. On a blog or a forum, the conversation can be moderated. On LinkedIn and Facebook, there are some controls on what users can post, and on Pinterest and Instagram, removing photos and comments are a snap. Twitter lacks controls like these; once a tweet has been sent, it can be retweeted an infinite number of times and be sent directly to mobiles worldwide in an instant.

While it’s important to recognise the risks inherent in a tweet’s viral potential, I don’t want to harp on the negatives too much. Let’s look at some brands that have put twitter to great use.

During this year’s Super Bowl, the stadium experienced a massive power failure. While the game was on hold, Oreo cookies scored a surprising touchdown. Kraft fielded a gifted offensive team with amazing foot speed. Within minutes of the blackout, Oreo was already broadcasting its “Dunk In The Dark”, series of tweets and retweets: “Power out?” asked one of the tweets. “No problem, you can dunk in the dark”. The fans rallied with tens of thousands of retweets and original tweets playing off Kraft’s initial message. For those interested in branding and marketing, these Tweets became more important than who actually won the game.

This Calgary, Canada based airline set up a virtual Santa Claus in a small kiosk in a Toronto airport terminal where people were getting ready to fly back to Calgary for the holidays. The passengers got to interact with the video Santa and tell Santa what they would like for Christmas. Once the flight was airborne, volunteers gathered gifts from a local outlet mall and Best Buy. The plane landed in the Calgary International Airport and the passengers went to collect their bags at the baggage carousel. Instead of suitcases coming off the conveyor belt, though, they were greeted with presents from Santa—everything they had told the virtual Santa that they wanted for Christmas, ranging from socks and underwear to big-screen televisions came tumbling onto the conveyor belt. WestJet used Twitter to share the link to this heart-warming video that drove nearly 36 million viewers to the YouTube. https://www.youtube.com/watch?v=zIEIvi2MuEk

McDonald’s Canada’s goal was to leverage their existing Twitter Followers to increase the number of new followers to their @McD_Canada’s address using specified keywords and hashtags.  They found that by using diverse set of keywords and hashtags, the company began to reach viewers in many different demographics and with many different interests. With only a budget of $15,000 USD, McDonald’s Canada saw an increase of more than 9,500 new Followers, resulted in more than 14,000 profile views throughout that campaign. Twitter paid advertising includes promoted tweets, trends and accounts. McDonald’s Canada tested different keywords and bids to identify the greatest number of new followers.  https://twitter.com/McD_Canada

Domino’s Pizza in the United Kingdom launched a Twitter campaign targeting the lunch crowd called “Knock Down the Price of Pizza” campaign. Domino’s used the hashtag #letsdolunch, asking followers to tweet using that hashtag. Every time someone tweeted that hashtag, Domino’s reduced the price of their most popular pizza, the large Pepperoni by £0.01 driving the cost for that pizza from £15.99 down to £7.74. This clever campaign increased sales during lunch, increased brand awareness, and brand engagement.