The truth behind five-a-day by Zoë Harcombe

Home The truth behind five-a-day by Zoë Harcombe 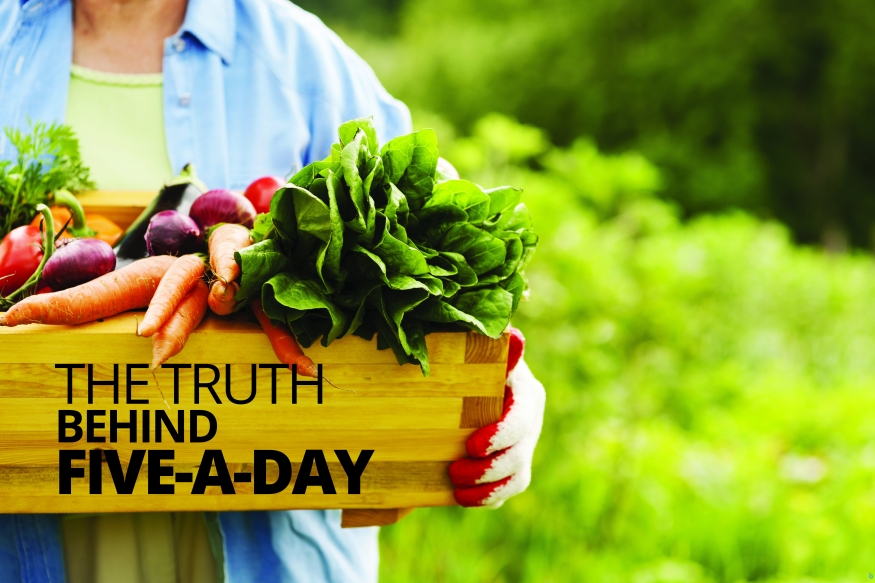 Five-a-day is the best-known health message in 25 countries and 3 continents. Zoë Harcombe looks at the origin, evidence, and nutritional facts. They may surprise you.

Ask the next person who tells you to eat five-a-day where this slogan comes from. Odds are, they won’t know.

This myth has become a global nutritional cornerstone, although, as often happens with things that are not based on fact, it has mutated and become four-a-day in Ireland, six-a-day in Denmark, while Australia has gone for seven-a-day.

There was no evidence at the time that any number a day would cure cancer, or any other health condition. There has been none since. In April 2010, a study was published in the Journal of the National Cancer Institute written by Paolo Boffetta, the head of a large group of European researchers. The study sought to quantify if cancer risk were inversely associated with intake of fruit and vegetables. This review of data from the EPIC (European Prospective Investigation into Cancer) study, involving almost half a million people, found that eating five portions of fruit and vegetables a day had little effect on cancer risk. The small observable difference they did see could, they said, be explained by other factors.

The study grouped participants into five categories, from the lowest intake of fruits and vegetables (0 to 226 grams a day) to the highest intake (more than 647 grams a day). Significantly, the cancer risk did not vary between the five groups.

In November 2010, the UK part of the EPIC study published their findings in the British Journal of Cancer. Professor Tim Key concluded that: “The possibility that fruit and vegetables may help to reduce the risk of cancer has been studied for over 30 years, but no protective effects have been firmly established.”

Even in the absence of evidence – and notwithstanding the potential harm from the 5.6 billion pounds of pesticides used worldwide each year – is there still some benefit for consuming pick-a-number-a-day?

This is where we must distinguish between fruit and vegetables – they should never appear together in the same sentence. Some vegetables – especially dark green varieties like spinach, kale and broccoli – can be rich in vitamins and minerals. These need to be served with butter (as granny knows), so that the fat soluble vitamins (A, D, E and K) can be optimised by the body. We still need animal foods (meat, fish, eggs, dairy) for retinol (the form in which the body needs vitamin A), B12, D3 and K2, but certain vegetables can be helpful.

Fruit, on the other hand is unhelpful. Fructose (fruit sugar) is called the fattening carbohydrate and this has been known, incredibly, since 1916. Fructose is implicated in non-alcoholic-fatty-liver-disease and Alzheimer’s (now being called diabetes type 3). Fructose goes straight to the liver to be metabolised, where it is nicely turned to fat. Fruit is not even nutritionally worth its fattening properties – it is good for one out of 13 vitamins (vitamin C) – meat, fish and eggs clean up on the other 12. It is good for 1 out of 16 minerals (potassium) – rarely a mineral we are deficient in – animal foods, again, are abundant sources of all essential minerals.

Working in the field of obesity, as I do, I am horrified by well-intentioned parents trying to get five-fruit-a-day into their children (fruit being an easier ‘sell’ than veg). This kind of behavior is actually fuelling the obesity epidemic. Table sugar is sucrose – one molecule of glucose and one of fructose. Fruit varies in its balance of glucose and fructose, but it’s the same sugar to the body – fruit just has some nutrition and sucrose none. Fresh fruit is way too high in sugar for anyone concerned about his or her weight. As for dried fruit and fruit juice – don’t even go there. Don’t take my word for it. As Dr. Robert Lustig says, “you wouldn’t dream of giving your child beer or cola, but fruit juice is metabolised by the body in the same way.” Or, as Gary Taubes says, “If you are overweight, fruit is not your friend.”

If only public health officials had promoted the five most nutritious foods on the planet, we might not have epidemics of obesity and ill health. An optimally nutritious five-a-day would be meat (ideally liver); fish (ideally sardines); eggs; sunflower seeds and spinach. However, this was never about optimal health – it was a marketing slogan to increase profits of fruit and veg companies.