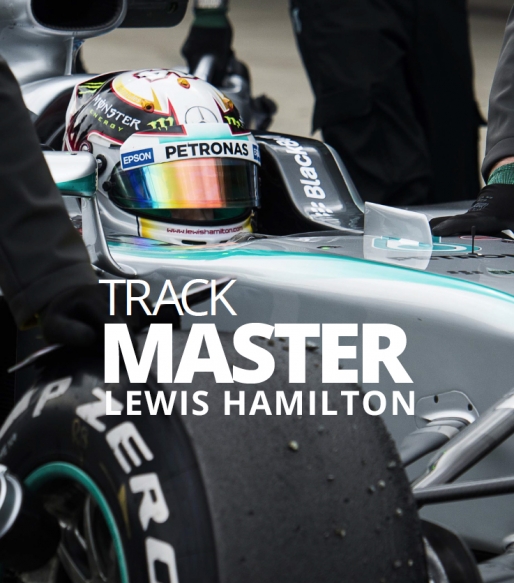 Lewis Hamilton’s dominance of the F1 circuit is legendary, with a recent second win at the British Grand Prix – but what has been key to his success? Dr Stephen Simpson reports

Lewis Hamilton is a British racing car driver, and current Formula One World Champion. He has broken almost all records in this dangerous motor sport and is still only aged 30. So what are the secrets of his phenomenal success, and what drives him to step into a racing car and put his life on the line almost every day?

The truth is that Hamilton is not an ordinary person. He demonstrated this from an early age. At the age of 10, he famously approached the McLaren team chief Ron Dennis at an event and stated simply that,  “I want to race for you one day”.

Sure enough just three years later he was invited to join its Young Driver programme, and made his F1 debut in 2007, winning his sixth race, and notching three more wins to come second overall in his first year. 2008 was even more spectacular, winning the Championship with five wins. To date he has 38 wins, and despite being only 30 is already the fifth most successful driver in history.

So what are the secrets of his success? Often, but not always, one secret is to be born to the right parents. This is not essential for success, but it certainly helps. Lewis was not greatly interested in school, but obsessed by motor sport. His father, Anthony, promised him he would support his racing career if he would work hard at his studies. Many fathers have fallen into this trap without fully understanding the size of this commitment.

Training to be a racing driver is the most expensive of any sport, and costs much more than to study to be a brain surgeon. To cut a long story short, Hamilton’s father worked up to three jobs at any one time, as well as travelling to all of his son’s races. Without this paternal sacrifice it is doubtful that Lewis would be World Champion today.

Another secret of success common to most high achievers is that Hamilton is tough, very tough indeed. Champions are different to the rest of us, and we should always remember this. Hamilton does not risk death and race to make friends. At best his relationship with other drivers is fiercely competitive. From his early years he has been fighting tooth and nail to prove that he is a better driver than Nico Rosberg. Now they both drive on the same Mercedes team.

Hamilton is tough off the track too, and demonstrated this by his direct negotiations with his employer. Rather than use agents and managers he chose to deal directly with Mercedes. The result was a three-year deal rumoured to be worth at least £100 million. Interestingly he also negotiated to keep his image rights. These could be worth a fortune too.

However Hamilton’s greatest strength is the control he exerts over his mind. This above all else is what makes him a champion. So where does this strength come from?

Hamilton believes much of this mental strength comes from his father. Especially his mental preparation and the way he thinks. Races can be won and lost by a fraction of a second, and therefore it is no surprise that teams explore every possible avenue to shave a split second off a lap time.

One avenue many have explored is mind coaching for their drivers. Some athletes see mind coaching as only for those who have a problem that needs fixing, whilst others view it as a way to expand their already prestigious mental powers.

Therefore it comes as no surprise that Mercedes hired Dr Ceri Evans to work with its team. He is both a psychologist and a psychiatrist. Considering Hamilton’s towering mental strength it is also no surprise that he felt he did not require Dr Evans’s input.

“I’ve never had it, never needed it and will never have it. So we’ll never speak of it again unless I start going crazy,” he said in an interview with The Guardian in 2014. “For me, as a driver, it’s not something I feel I need because since I was eight years old I’ve won every championship I’ve competed in, and all I’ve needed is me and my family.”

However Hamilton has certainly spent thousands of hours developing his mind skills in different ways. In an earlier interview with The Guardian, Dr Kerry Spackman shared details of his work with Hamilton. Dr Spackman is a mathematician, neuroscientist and psychophysicist. He spent hours working with Hamilton in Mercedes’s simulator in Surrey, England.

Spackman explains why control of emotions is so important for a driver. “The engines are revving, the red lights are going, all these cars are slamming into the corner – natural anxiety alone would make you absolutely petrified, but that’s not the state you need to be in to react correctly or intelligently.”

So the challenge is to be alert, focussed, and calm. How can this be possible under these extreme conditions? The answer is by practice, and the right kind of practice too. By breaking a race down into small segments and rehearsing them time and time again, either on the track, or increasingly in the simulator.

Curiously enough this practice can also be entirely mental, lying in the comfort of a hotel bed, with eyes closed. Repeating these sequences accompanied by minute muscle movements simulating the movements Hamilton would make in a real race.

It is not only F1 drivers that practice these techniques. This is an extract from one of my books, Play Magic Golf. ‘Skiers do the same too. Physiologists have wired their muscles, and attached them to recording machines. This is called electromyography. They discovered that when a skier is standing in the laboratory with eyes closed visualising their next competition run the same muscle groups are being flexed, and at the same time, as would happen on the real run, mirroring the ski terrain.’

The results from these kind of exercises can be phenomenal. Something has certainly clicked in Hamilton’s brain. Back to Dr Spackman again describing how Hamilton handles emergency situations. “He probably has 25 solutions in his mind. He’s exceptionally well prepared.

Most people turn up and drive and just deal with situations as they occur. He has the structure to handle it.”

He certainly does. These mind skills work equally well in other sports. They work in business and your personal life too. So I wonder what you can do next to release the champion that is waiting to burst out of you?

Dr Stephen Simpson is a Fellow of the Royal Society of Medicine, and an elite performance and confidence expert. He regularly appears on TV and radio, and his clients include leading names from the diverse worlds of sport, business, the entertainment industries, and even professional poker. Dr Simpson is also a best-selling author, presenter and writer. Full details of his articles, audiobooks, books, podcasts, and videos can be found at  drstephensimpson.com