Top 6 universities by The Best You

Home Top 6 universities by The Best You 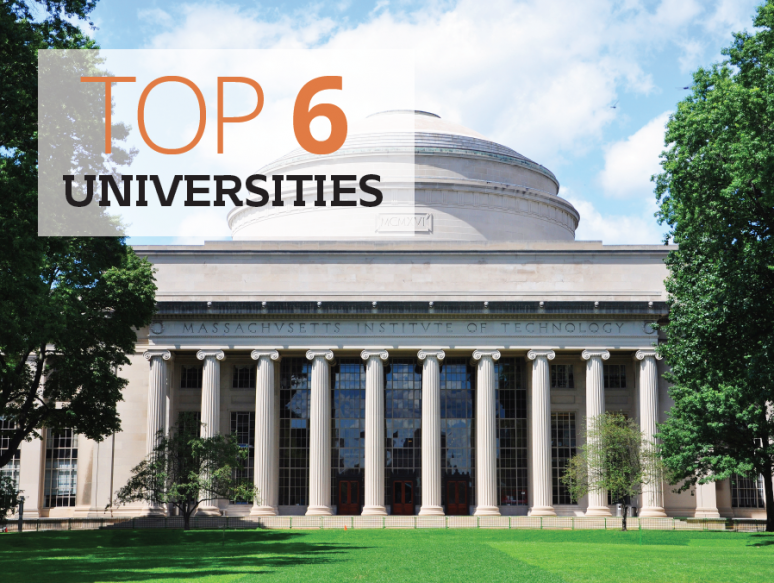 Back to school… but where are the world’s best universities? According to higher education data specialist QS, English universities still dominate education’s elite

1. Massachusetts Institute of Technology
Founded in 1861, Cambridge, Massachusetts MIT’s reputation as a tech specialist institution stems from World War II and the Cold War when researchers worked on the development of computers and radar. With 81 Nobel Laureates and 34 astronauts among its alumni, it also boasts a number of successful entrepreneurs whose companies have aggregated revenue that would collectively rank as the world’s eleventh-largest economy.

2. University of Cambridge
Dating back to 1209, Cambridge is the second-oldest university in the English-speaking world. Its libraries hold around 15m books, 8m in Cambridge University Library alone. It has educated 15 British Prime Ministers, including Robert Walpole, nine monarchs and three signatories of the United States Declaration of Independence.

An Ivy League research university in Cambridge, Massachusetts, Harvard’s alumni includes eight US presidents, 62 living billionaires and 150 Nobel Laureates. The university has also featured in a wealth of films including Soul Man, Good Will Hunting, Legally Blonde and The Social Network.

The world’s second-oldest surviving university with teaching at the site dating back to 1096, there are 38 colleges of the University of Oxford. Prime Minister David Cameron studied at Oxford, as did Stephen Hawking and Sir Tim Berners-Lee, inventor of the world wide web.

6. University College London
A relative youngster, UCL was founded in 1826 and was the first university in England to admit students regardless of gender or religion. With a main campus in London’s Bloomsbury area, it also has satellite campuses in Adelaide, Australia and Doha, Qatar. This year, it established a new school of management which will move to Canary Wharf in May 2016