Top 6 Random Acts of Kindness by The Best You

Home Top 6 Random Acts of Kindness by The Best You 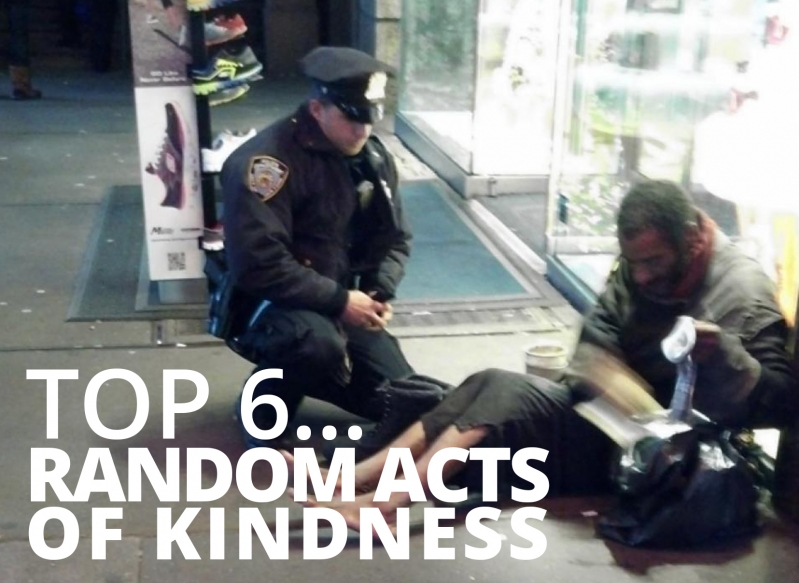 With Random Acts of Kindness Week on 14-20 February, The Best You takes a look at some of the greatest ‘do good’ moments

Anne Herbert and Margaret Pavel’s 1993 children’s book, Random Kindness and Senseless Acts of Beauty is believed to be the first time the phrase was used to describe the concept that small everyday actions could make a positive difference to the world.

2. Karma Army
In 2002, comedian and writer Danny Wallace wrote Join Me, a book about a cult that he accidently started that encouraged Joinees to the Karma Army, to perform random acts of kindness, particularly on ‘Good Fridays’. He later followed the book with a second tome, Random Acts of Kindness: 365 Ways to Make the World A Nicer Place.
3. In your shoes
On 14 November 2012, NYPD officer Lawrence DePrimo gave a pair of boots to a bare-footed homeless man. The moment was captured by a tourist from Arizona who posted it on the force’s Facebook page which went viral within days.
4. Coupon crusader
Jordan Cox of Essex took it upon himself to scour the internet and magazines to find coupons to shop for Christmas in 2013. He then donated £600 worth of food which he had bought for just 4p with 470 coupons to Doorstep, a food bank for local families. We salute you super saver!
5. Stand up lady

When beautician Katie Cutler read about the violent mugging of disabled pensioner Alan Barnes, she was move to set up a fundraising page to help relocate him. The appeal generated more than £330k towards the cost of a new home.
6. It’s on us!
In 2014, medical student Josh Stern posted his #FeedtheDeed video to Facebook, a pay-it-forward initiative to encourage people to film themselves performing a creative act of random kindness, then to nominate friends and family to continue the chain within 24-hours. With more than 10k posts across North America, the UK, Australia and Mexico, we’re feeling inspired – will you join us?