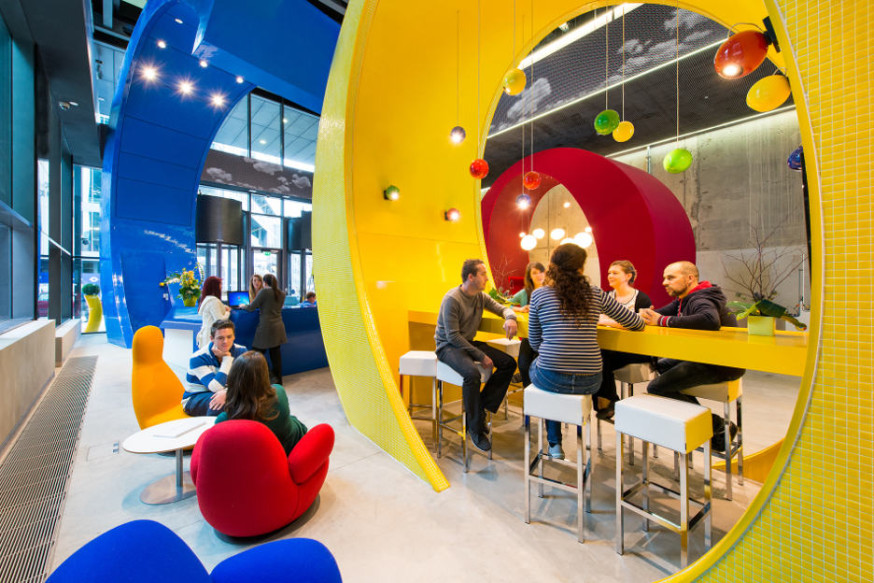 Considering we spend at least a third of our lives in the office, job satisfaction is important. If you are feeling underappreciated at work, perhaps it’s time to make a change. The Best You has put together a list of the top six companies you should send your CV to.

Working for a great company is relative. Some people value above average remuneration; others look for positions with great benefits. If you’re a new parent, then you might rate being able to work flexi-time as your number one priority. Most companies in the developed world have a few perks that make the daily grind a bit more bearable. Then there are those companies that stand head and shoulders above the rest and make going to the office a pleasurable activity. We’ve had an extensive look at the results of the worldwide job satisfaction surveys, and we’ve brought you the top six companies with the highest job satisfaction rate.

What is it? This USA-based global management-consulting firm is headquartered in Boston, Massachusetts. It provides advisory services to many of the world’s largest businesses, non-profit organisations, and governments. Bain & Company has 50 offices in 32 countries and more than 6,000 employees.

What makes it great? In addition to good pay and benefits, Bain & Company also focuses on social responsibility. Their employees get personal fulfilment by contributing their time and skills to work in the community through pro bono consulting projects, mentoring CEOs of charities, fund-raising efforts and community days, as well as education and social enterprise programmes.

What is it? Since its launch in 2006, Twitter has become a worldwide phenomenon. But if you’ve been building rock statues in the outback since then and have no idea what we are talking about, this is it in a nutshell: It’s is an online social networking and micro-blogging service that enables users to send and read short 140-character text messages, called ‘tweets’.

What makes it great? In addition to having the necessary technical skills to work for this social networking giant, personality is also a very important. Because of this, they have hired 2,300 of the best people the world has to offer, making the working environment fun and productive.

What is it? That business-networking site that everyone is a member of but no one except recruitment agents actually use – until you’re looking for a job that is. Then it’s very useful. Basically, it’s an online version of your CV combined with the status update abilities that Facebook has.

What makes it great? You may assume that working for a company that is dedicated to others finding their dream jobs might be a bit soul destroying, but you’d be wrong. LinkedIn has a scheme that allows employees to follow their passions, which creates a workforce of people who are not only satisfied with their jobs, but with their lives.

What is it? That website that you log into as soon as you get to the office so you can while the day away looking at cat memes and having conversations with your great aunt who doesn’t understand the difference between writing on your timeline and sending a personal message.

What makes it great? Of course all companies have to say they are Equal Employment Opportunity and Affirmative Action employer, but Facebook takes it a step further. They give employment opportunities to former hackers, giving them a chance to turn their life around and use their skills to earn an honest (and very decent) living.

What is it? If the Internet was a religion, Google would be its god. It knows everything and has single-handedly made the human race the laziest it has ever been. Can’t remember who starred alongside Matt Damon in The Bourne Identity? Google. Want to know a good Mediterranean restaurant in your neighbourhood? Google. Want the latest news on the Middle Eastern crisis? Google.

What makes it great? For four years running, Google has taken top place in Fortune’s annual ranking of places to work. This is because they take all the things that make the other companies on this list great and combine them. It has great salary and benefits packages, a diverse working environment, social consciousness and such high standards that working for Google for six months pretty much guarantees you’ll get any job you want after that. Not that you’ll ever leave Google.

What is it? Originally called Marks & Spencer, M&S recently rebranded itself to appeal to a younger crowd. It is a UK-based department store that sells everything from homewares and food to clothes and accessories. Established in London, England 1884, it now has locations in over 30 countries worldwide.

What makes it great? M&S has a great reputation for looking after the wellbeing of their staff. They have industry-leading salary and benefits packages, and they encourage their staff to enrol in training courses that allow them to move up within the company. They are also known for being a great place for new parents to work as they offer the best maternity leave and flexible working hours for when you are ready to come back.