Top 6… Outdoor cinema classics by The Best You

Home Top 6… Outdoor cinema classics by The Best You 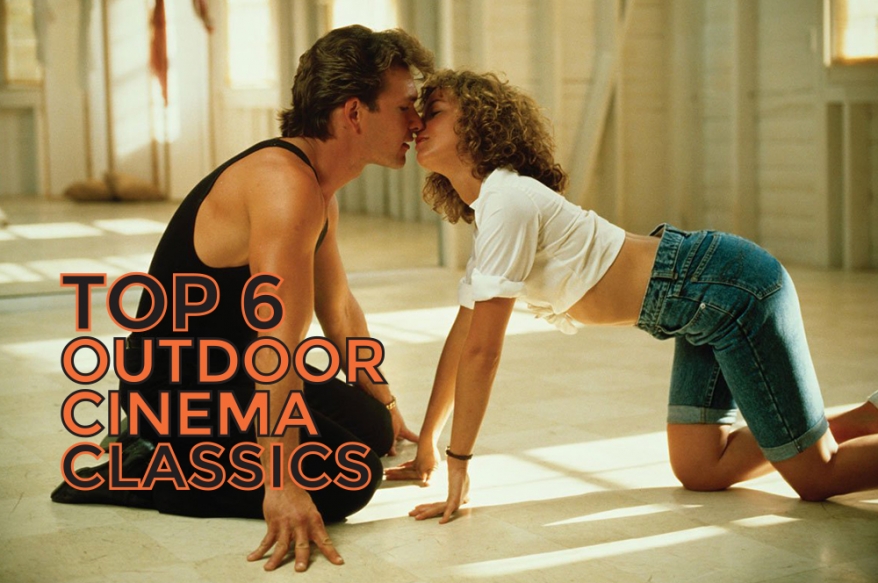 Whether it’s a projector and sheet in your own backyard or a night out at some of the UK’s finest landmarks, there’s a feast of film on show at outdoor cinemas across the UK this summer. Here’s The Best You’s best views…

With its 60s styling and soundtrack, Dirty Dancing has the power to whisk us back to the golden era of summer camps. In this unforgettable romance, ‘Baby’ (Jennifer Grey) has one more year until she joins the Peace Corps, but when she arrives at Kellerman’s Resort with her family for one last family vacation, the strait-laced discovers dance instructor Johnny Castle (Patrick Swayze) and his gang’s style of ‘dirty dancing’. Summer romance doesn’t get much hotter!

Bringing the set list bang up-to-date, outdoor cinemas across the UK will be airing the seventh installment in the Star Wars film series. Directed by J. J. Abrams there’s a ton of special effects that mean even if you saw it on release, you simply have to head to an outdoor screen to watch it again and see the other half of what you missed first time round.

Another 80s classic, Michael J. Fox made his name as Marty McFly in this sci fi adventure comedy. Teaming up with Dr Emmett Brown (Christopher Lloyd), the doc has cooked up a time travelling DeLorean which transports Marty back to his home town circa 1955. Seeing his parents in a whole new light, Marty and the Doc have to engineer his return to 1985 before history unravels and he and his siblings are eroded from time. An awesome adventure with a cracking soundtrack.

Praised by Stephen King as an influence on his work, and one of the highest grossing horror movies of all times, The Exorcist follows the demonic possession of a 12-year-old girl and her mother’s attempts to save her with an exorcism by two priests. Shot in 1973, this film still has the power to spook!

Oozing with sing-a-long songs, style and stars, Grease was the film that shot John Travolta and Olivia Newton-John to stardom in 1978. Set in 1958, Sandy and Zuko rekindle their summer romance at Rydell High school – but will their friends, the T-Birds and Pink Ladies, approve? Superb casting and enough plot to support the music which is undoubtedly this movie’s sweet spot.

Filmed on location in Surrey and Wales, John Landis added comedy to the horror genre with this 1981 tale of two American tourists whose lives take a dramatic turn when they are attacked by a wolf on the moors. While Jack is killed, David discovers that he has become a werewolf and the story follows his romp through the capital. Don’t miss Rik Mayall’s cameo as a chess player.