Top 6 moustaches by The Best You

Home Top 6 moustaches by The Best You 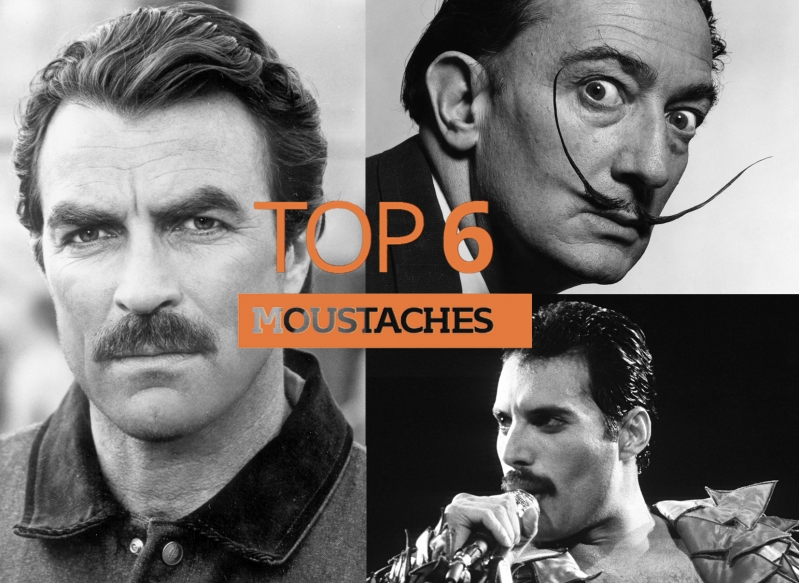 As it’s Movember, we couldn’t resist paying tribute to marvellous moustaches past and present

As Magnum PI, Tom Selleck’s moustache became synonymous with 80s excess, as his character solved crimes in his Ferrari 308 GTS, Rolex watch and Hawaiian shirts. While others emulated his style, Selleck’s thick moustache was in a league of its own and the actor stuck fast with his facial hair through roles in box office success 3 Men And A Baby and later Friends. It even has its own Twitter account, @StacheOfSelleck

In terms of wackiness, Salvador Dali’s wispy-yet-perennially-smiling facial hair takes some beating, and in 2010 was voted most famous moustache of all time. Once asked if it was a joke, he replied, “It’s the most serious part of my personality.” Influenced by the Spanish masters, Dali’s moustache featured in a 1968 TV ad for Lanvin chocolates which sent his heavily pomaded whiskers swiveling.

Queen frontman Freddie Mercury sported a class handlebar moustache, which some have suggested was adopted to frame his prominent teeth. Mercury wrote ten of Queen’s greatest hits and since his death in 1991, fans have continued to flock to the outer walls of Garden Lodge, 1 Logan Place to pay their respects to the rock star.

Never afraid to get fully into character by changing his appearance, Brad Pitt has experimented with a shaved head (Fight Club), greasy locks (Snatch) and clean cut (Ocean’s 11) but the rakish moustache and sideburns that he grew for the Angelina Jolie-directed movie, By The Sea stuck around post-filming suggesting Pitt liked the look.

Agatha Christie is reported to have been irritated by her most famous detective, Belgian-born Poirot, but he lives on with his most recent reinvention by author Sophie Hannah in 2014’s Monogram Murders. She says she envisaged David Suchet, with his infamous waxed moustache, when she wrote the best-selling mystery.

As Hitler’s ‘toothbrush’ moustache is symbolic with evil and terror, Charlie Chaplin’s innocent tramp sported the same style but was designed to create laughter. A master of physical comedy, Chaplin parodied Hitler – who was rumoured to have been a fan of the silent movie star – in his 1940 film, The Great Dictator.