Top 6 Fitness Gurus by The Best You

Home Top 6 Fitness Gurus by The Best You 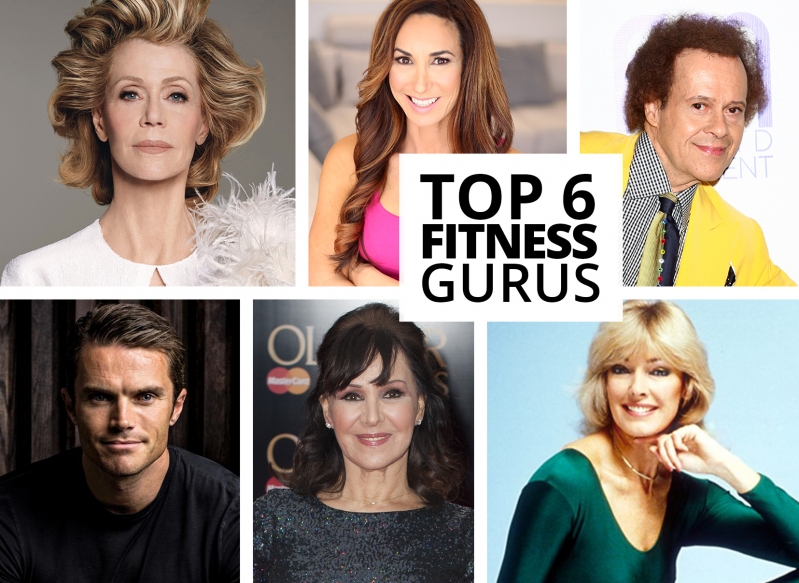 They’ve made us sweat, made us ache… and made us fitter.

Top of our list is the fitness queen herself, Jane Fonda. In 1982 her first exercise video, Jane Fonda’s Workout, burst onto our screens, becoming the highest-selling video of the time. It spawned a generation of lycra and leg-warmer wearing aerobic exercisers, and Fonda went on to release a further 21 workout exercises that collectively sold more than 17m copies.

Now 78, she’s still in amazing shape – proof that a lifetime of exercise really could be worth the effort.

As the US gave us Fonda, the British found a fitness friend in Arlene Phillips who released her Keep in Shape System record, also in 1982. A dancer from the age of three, she led the jazz dance advance, which she taught at the iconic Pineapple Dance Studio in Covent Garden. A renowned choreographer who worked on the film Annie and Duran Duran’s Wild Boys video, the album cover was an essential part of any self-respecting 80s teen.

Proving that anyone can do it, Milton Teagle Simmons, AKA Richard Simmons, rose to prominence in the US with his high octane, weight-loss aerobics programme, Sweatin’ to the Oldies. Having lost 123lb (56kg), his mission has been to help others step out of the misery of obesity, and he estimates that he has helped shift a combined 12m pounds over the decades.

Today he uses his social media channels to continue to reach his fanatical followers.

Better known as the Green Goddess, Diana Moran was spotted by a talent scout as the corporation prepared its line-up for the launch of BBC Breakfast. So-called because of her trademark green leotard, she had us all stretching before we started the day and quickly rose to become a household name. Sadly Diana was diagnosed with breast cancer but is now a regular as the agony aunt on Age UK’s radio show, The Wireless.

When you count Naomi Campbell, Natalie Imbruglia and even Prime Minister David Cameron among his client list, you know why Matt Roberts – AKA Mr Fitness – is in the premier league of personal trainers. Saying that there is no excuse for laziness, Roberts is reported to rise at 5.20am and work to 8pm but looks at least a decade younger than a man in his early 40s.

With her inspirational ‘Throwback Thursday’ Facebook posts and Instagram shots of her uber abs, Natalie Jill shows that clean living and exercise can be transformative. Just five years ago, the Californian was rock bottom after her divorce but used social media to post her own journey to health and fitness. Along the way she’s gathered almost 479k followers who adore the functional fitness fanatic.