Top 6 cities to live in

Home Top 6 cities to live in 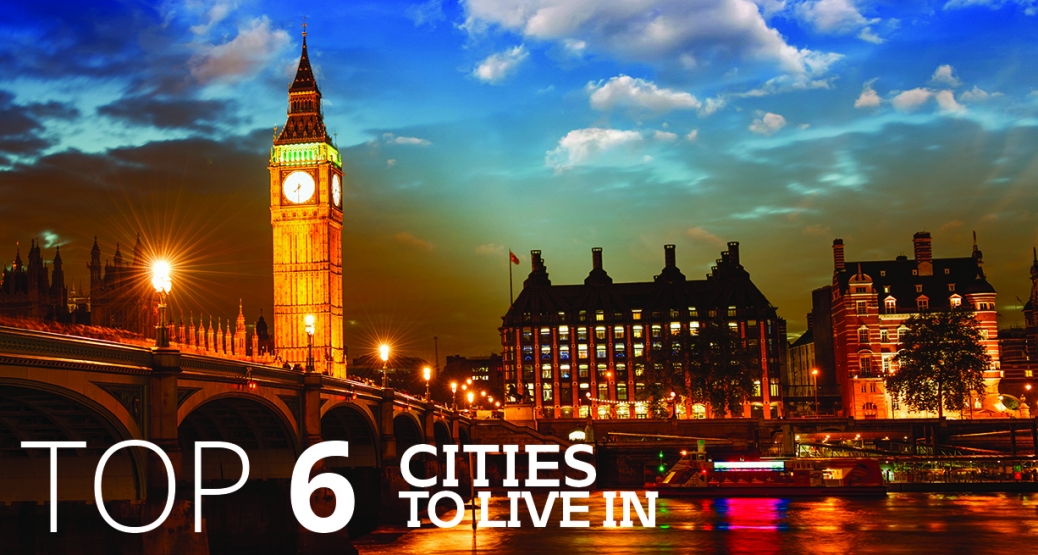 City living can be exhausting, but some cities are more draining than others. Then there are those cities that are rejuvenating, whether it’s because of the weather, or the cultural aspects. The Best You has put together a list of the top six cities to live in.

Quality of life is subjective. Some people value readily available outdoor activities, while others might demand a smorgasbord of galleries and museums. No matter what your interests, there is surely a city that is perfect for you. If you’re looking to relocate, don’t start packing until you have read this list. We’ve got something on the list for everyone, and you are sure to find your bliss. Of course, if you’re happy where you are, no one’s telling you to move. As the old saying goes, “If it ain’t broke…”

Where is it? It is located on the large natural bay of Port Phillip, with its city centre situated at the northernmost point of the bay – near to the estuary of the Yarra River. With a population of 4.35 million, Melbourne is the fastest-growing capital city in Australia.

What makes it great? This year, it was ranked third on the world’s most liveable city survey, and it’s appeared in the top three every year since 2002. Melbournians love the city’s vibrant energy—each area has its own distinct character. Modern, cutting-edge designs add to the fascinating mix of heritage architecture present in the city’s ever-changing skyline.

Where is it? Located on the southern most tip of Africa, this metropolis is home to the two oceans, Table Mountain, and an extensive commune of hipsters. Despite the fact that it is in Africa, it retains its distinctive European vibe—a product of its rich (and occasionally rocky) colonial past.

What makes it great? There is a fantastic mix of European influence and raw Africanism in this city, and, whether it’s a hike or a night out on the town you’re after, Cape Town has whatever you need. It does have a reputation for being a bit cliquey, but over the past two decades it has welcomed so many international visitors and residents that this reputation is fading into the past.

Where is it? England’s beating heart is as hard to find as it is difficult to love. One of the most world’s most famous cities, it is almost universally known as the city of miserable weather, bad food, and, of course, the ubiquitous cabs and red busses. None of that prevents the world from falling in love with the place. The place to be if you love culture or pints at the pub (especially if they’re both your cup of tea).

What makes it great? English lexicographer Samuel Johnson once said: “When a man is tired of London, he is tired of life.” Gender-biased as that statement might be, it is absolutely true. There is never an excuse to be bored in London. Sure, it may be expensive and wet, but there is always something interesting to do and fascinating people to meet.

Where is it? Situated in the vast river basin where the Elbow and the Bow rivers converge, Calgary is the largest city in Alberta. With 1.2 million people, Calgary is not as big population-wise as Vancouver, Toronto or Montreal, but, as the largest undivided metropolitan centre in North America, it makes up with size what it lacks in numbers.

What makes it great? Not only is Calgary’s economy booming, it also boasts one of the most popular and funniest mayors anywhere (something of a Twitter celebrity). Though the needle can occasionally dip below -30 degrees, the warm Chinook winds that blow through the city sporadically make the long and dark Canadian winters bearable. Cyclists can be seen on the city’s bike path network all year round.

Where is it? Auckland lies between the Hauraki Gulf of the Pacific Ocean to the east, the low Hunua Ranges to the southeast, the Manukau Harbour to the southwest, and the Waitakere Ranges and smaller ranges to the west and northwest. It has a population of 1.4 million and more boats per capita than anywhere else in the world.

What makes it great? Auckland, like many other parts of New Zealand as well, is one of those rare places that has both a rich, versatile culture and a strong economy. The city is known for being very friendly, which makes it a popular spot for relocation. New Zealand as a whole has a reputation for being quite overcast weather-wise, but Auckland is the sunniest of the cities and has very mild winters.

Where is it? New York City is in the Northeastern United States, in southeastern New York State, approximately halfway between Washington, D.C. and Boston. It is home to 8.5 million people, and 800 languages are spoken in the city, making it one of the most linguistically diverse cities in the world.

What makes it great? New York City has become known the world over as the city that never sleeps. If you’re the kind of person that craves dim sum and a fake Prada handbag at 4am, then NYC is the place for you. Packed with an amalgam of cultures, covering all brows from high to low, galleries, museums, live music and great food abound in the Big Apple.