Top 12 Inspirational Quotes by The Best You

Home Top 12 Inspirational Quotes by The Best You 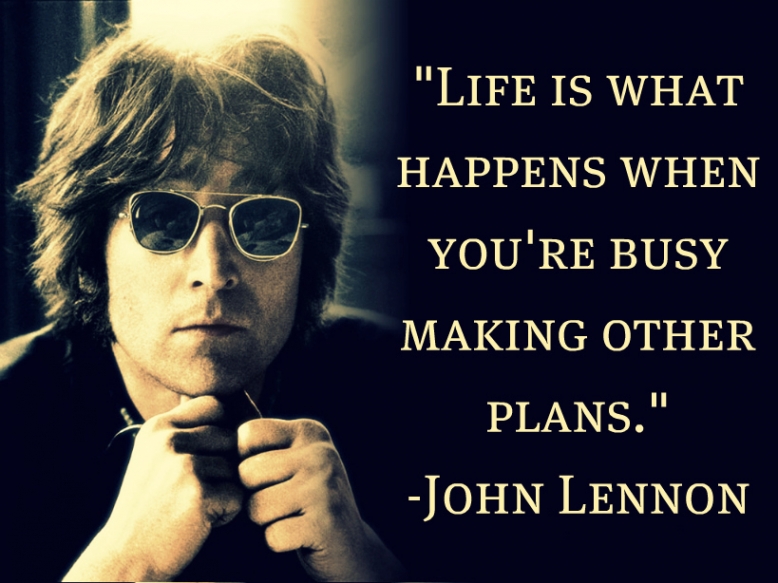 Thanks to the easy sharing that social networking makes possible, inspirational quotes have become a ubiquitous part of online life. While these quotes can be inspiring, uplifting and thought provoking, they are often presented without context or attribution. Here are ten of our favourite quotes and the stories behind them.

“Whatever the mind of man can conceive and believe, it can achieve.” – Napoleon Hill

This inspiring quote is from Hill’s 1937 book, Think and Grow Rich. The book was published during the Great Depression, and despite people not having much disposable income, the book sold millions of copies. By the time Hill died in 1970, it had sold over 20 million copies. Even today it rates on best-selling lists.

There is a lot of mystery surrounding this quote. One theory is that this is something that Gretzky’s dad used to say to him, and the legendary hockey player passed it on to the masses. Other people attribute this quote to Michael Jordan or the legendary ice hockey commentator, Don Cherry. Whatever the source, the meaning is clear, so take your best shot.

“Life is what happens to you while you’re busy making other plans.” – John Lennon

This is a line from Lennon’s song “Beautiful Boy (Darling Boy)”, which was on the 1980 album, Double Fantasy – the final album he released with Yoko Ono. The song was written for Lennon’s son Sean, his only child with Ono. Despite Lennon’s estrangement from Paul McCartney at the time, McCartney lists this track as one of his favourite Lennon compositions.

“The best time to plant a tree was 20 years ago. The second best time is now.” – Chinese Proverb

Like all quotes from anonymous sources, this one is impossible to trace, but the meaning is clear. We all wish we had started on projects sooner, whether it is starting your own business or learning a new language. But just because you haven’t done it yet doesn’t mean you can’t or shouldn’t do it now. There is no time like the present!

“Your time is limited, so don’t waste it living someone else’s life.” – Steve Jobs

In 2005, Steve Jobs was invited to Stanford to give the Commencement Address to the graduation class. He covered a lot in that speech, from how he came into the world to facing death when he was diagnosed with pancreatic cancer the previous year. This quote is from that speech, and although it may be the most famous takeaway, the whole speech is inspiring and we highly recommend it.

Facebook and Pinterest boards would have you believe that this is a William Shakespeare quote. Given it’s succinctness and elegance, this is an easy mistake to make, but, in truth, it was part of a work that came nearly 400 years after the Bard passed on. It is actually from a book called Finding Your Strength in Difficult Times: A Book of Meditations by David Viscott, which was published in 1993.

Angelou is most famously credited with this quote – something she didn’t dispute in a 2012 interview with Beautifully Said magazine when the interviewer mentioned it was one of her favourites. However, a bit of investigation has found that Carl W. Buehner, a high-level official in The Church of Jesus Christ of Latter-Day Saints, originally said it. It appeared in the Richard Evans’ Quote Book back in 1971.

Robert J. Burdette was a popular humourist in the late 1800s and came up with this pearl of wisdom in a New York newspaper article in 1883. The full quote is “If you men do anything else in the world, get married. If you say you can’t afford it now, it is because you are too selfish and too mean. Don’t believe the world owes you a living. The world owes you nothing. It was here first.”

“Find what you love and let it kill you.” – Charles Bukowski

Despite being credited for this quote, Bukowski is only responsible for one word. The original quote was “Find what you like, and let it kill you.” which was first said by musician and mystery writer Kinky Friedman in 1986 in the Houston Chronicle, a regional newspaper of Houston, Texas. Friedman was commenting on his career change from musician to author.

“We are all in the gutter, but some of us are looking at the stars.” – Oscar Wilde

Oscar Wilde uttered many a zinger in his time – some he put in his plays and books, while others he reserved for witty banter at dinner parties. This particular quote is from his 1892 play Lady Windermere’s Fan, which is about the title character suspecting her husband of infidelity. The line is spoken by Lord Darlington, Lady Windermere’s friend, who offers to be her lover in a revenge plot.

Nelson Mandela was inspiration personified, and he said many things during his 95 years on this earth that inspired both a nation and the world. He dedicated his life to ending the oppressive regime of apartheid in South Africa, and when he started, it must have seemed like an impossible feat. However, he, along with many comrades, fought the system and won, inspiring this quote.

“You must be the change you wish to see in the world.” – Mahatma Gandhi

Gandhi said this when he was speaking after prayer service. People kept saying to him that the world has to change for us to change. He said, “No, the world will not change if we don’t change.” So we have to make the beginning ourselves. It has always been our human nature to blame someone else for everything that is happening. It’s never us. We are never at fault. And he tried to make us realise that we are just as much in the fault as anybody else.