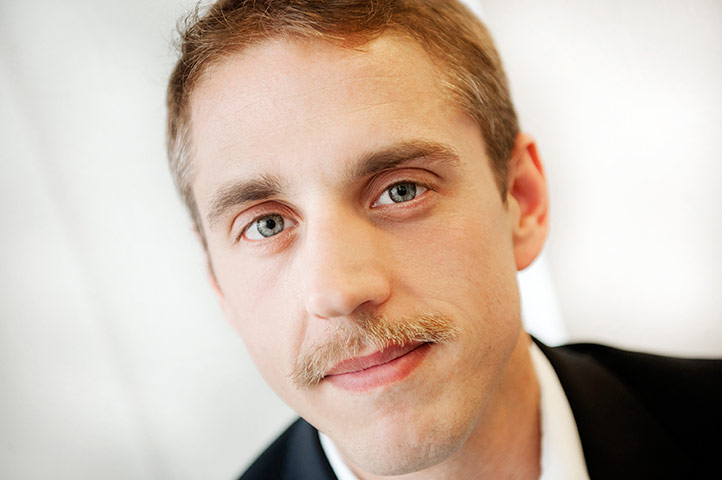 There are so many challenges in the world, and this month aims to bring about awareness for three of them: men’s health, diabetes and bullying. We have three amazing survival stories from people who have overcome these challenges.

Back in 2006I had a bit of pain and discomfort in my right testicle. It was sore for a couple of days, and then I went home one night and just had a check of my testicle and found a lump. I looked online to see what it might be, and scared the life out of myself with the diagnoses you can find on Google. The end diagnosis was that it might be testicular cancer. It can be a lot of other things, but cancer may be one of the outcomes. So that was enough to spur me to go to see the doctor and get it checked.

After that I was referred to the hospital for further tests. I had an ultrasound. The doctor took me into his office, sat me down and delivered the lines you never want to hear. “There’s a 99 per cent chance you have testicular cancer.” I was in the room for another half hour or so, and I can remember almost none of that conversation. As soon as they broke those words, “You have cancer”, my brain kind of shut down. You think, “Christ, you know, am I going to die? What does this mean? What’s going to happen?” Things accelerated pretty quickly from there in terms of having blood tests and getting booked into surgery straight away.

My friends and family all rallied round, but telling my people I had cancer was some of the hardest phone calls I’ve ever had to make. I’d gone on my own to the hospital thinking it was probably just going to be nothing. I had to come home and tell my dad that I had cancer, and phone my mum and tell her over the phone, and phone my friends and tell them. It was incredibly hard, but actually they were awesome. My friends especially reacted with shock as you’d expect, but very quickly, within a matter of seconds were kind of taking the mick, having a joke about it.

Life now is good. I’m a healthy, normal 35 year old. I have testosterone replacement, so that provides me with the vital hormones that I need to stay manly and do all the things I used to do. I’m very active, fit and healthy and have a long life ahead of me. I have regular check-ups and they’re still dealing with, certainly the mental aspect of what I’ve been through over the last eight years, and that has been a big challenge. But physically I’m 100 per cent fit. I do a lot of cycling. It’s very comfy on my bike now, which is a bonus.

My advice for people who are going through what I went through is justtalk about it. Take the support that’s offered, don’t be afraid to ask for support. Movember is that time of year when we’re having these conversations. Growing moustaches is an awesome way to raise awareness and get young guys aware of the risks of things like testicular cancer. It’s a fantastic way to start those conversations, get it on people’s radar and start to normalise that and mental health a bit more.

I remember that I first started getting bullied when I was in primary school. I was one of the only ones in my class who had a learning disability. Because I did things differently, the other children in the class used to call me names like ‘Stupid’ and ‘Dumb’. I never told the teacher, though, because I thought everyone would say I am ‘telling tales’. This made me feel scared and alone.

The bullying carried on in secondary school. I was very quiet in class, and just kept my head down. The bullies would pick on me if I got something wrong. Because I didn’t want to get involved with the drinking and smoking that some of the other people were doing, I got picked on even more. This got worse and it got physical. I would get beaten up both during and after school. I was still too embarrassed to tell anyone. When I finally did tell the teachers, they didn’t believe me. In the end, it got so bad that I couldn’t even eat. I decided I needed to tell my family. I then had meetings with the school to get it sorted, but things didn’t change much. When I went to college, things carried on exactly the same. I tried to make new friends, but I found it really hard because of all that I’d been through in the past.

Then things began to change. I went a training centre called Rathbone in Birmingham. They help young people to achieve qualifications. There I was introduced to a new group of friends. They were all doing childcare. They seemed really friendly, which I found hard to believe, as everyone in my past had been so nasty. For the first 2 months, I kept asking, “Are you sure you’re my friends?” and they would say, “We’re your friends no matter what.” They see something in me that other people never took the time to see. I am a lot happier now I have these friends. I still remember what it was like when I was bullied, but it doesn’t affect me like it did.

My advice to anyone being bullied is don’t be afraid to tell people what’s happening, even though it’s scary. I also say just be yourself and don’t hide who you really are. Just like me, you’ll find the right friends in the end.

As long as I can remember, I have loved eating. During my early teens, my school gave out exercise as a punishment. If we misbehaved, we had to run around the tennis courts, and the worse the crime, the more rounds we had to do. This probably was a factor in my strong avoidance of exercise of any kind.

By the time I reached fifty, I was habitually overeating, locked in a belief I could never lose weight, and I had accepted that I would be overweight for the rest of my life. All of this changed with the shock of being diagnosed with Type 2 diabetes. I spent some time deciding how I would handle it. What I wished for was to reach a healthy weight and blood sugar level and maintain it easily and naturally for the rest of my life.

To achieve this almost impossible dream, I mindfully chose what habits I wanted to cultivate, what foods I wanted to start liking, so that every day was an investment towards a lifelong healthy lifestyle that was increasingly easy to maintain. In addition I developed an arsenal of mental tools to help me. I chose the gym as the place to start exercising, and also to gradually start moving to healthier eating. I learned to enjoy eating slightly smaller amounts, and more importantly slowly switched from sweet and processed food to more nutritious food, also reducing my carbohydrate intake.

Eventually I lost 40kg and my blood sugar became normal again. 12 years later, I was discharged from the diabetic register. I still exercise regularly, and I really enjoy being fit. I also still love eating, but now in a healthy way, with no feeling of deprivation whatsoever. I am an ex-diabetic, and with my current lifestyle, I intend to stay that way.