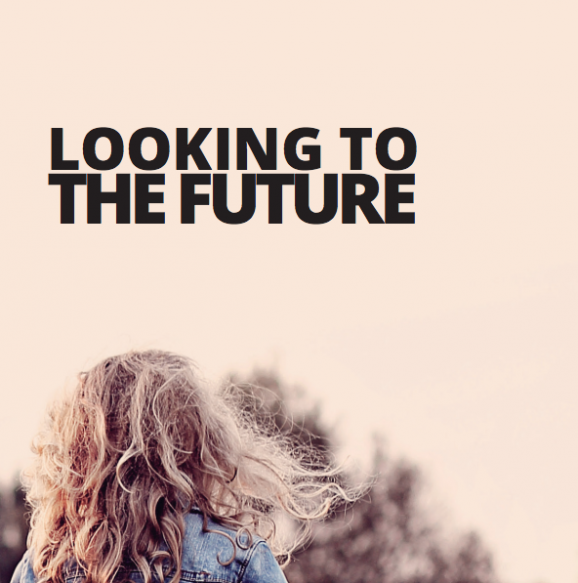 Centrepoint gives homeless young people a future. Here, two people share their story of how the charity has supported them

With her mum regularly working abroad, Cia often had to stay at her grandmother’s house, but frequent arguments led to their relationship breaking down and Cia was told to leave.

I came to Centrepoint on my 18th birthday in July 2013. Growing up, my home life was busy. I had one big brother, two younger brothers and a younger sister; my mum always had temporary accommodation so we were often moving. I would just settle somewhere and then I would have to move again. We used to stay at my nan’s a lot but we didn’t get along. When we were staying there, there were seven of us all together in a two-bedroom flat.

After starting secondary school, Cia fell in with a bad crowd and she would often not attend lessons.

I didn’t go to school that much and I got kicked out of all the time, mainly because I was absent. I was always the head of something and supposed to be a role model, but I was never there. I was always with girls that were bad and we would go and drink. I didn’t do my GCSEs as I was drunk.

My mum wasn’t around that much; she does therapy so she travels a lot and when she travelled we would stay at my nan’s and that’s when everything would go bad. The more I stayed with my nan the more things got worse, because we would just argue. It was arguments about everyday things. At first I could handle it, but then the arguments started getting bigger and we were fighting and she would throw things at me. I couldn’t hit her because she’s my nan and she’s old, so I’d go to my friends’ house and drink because I couldn’t stay there.

That’s when everything started to happen. I started drinking. The girls I used to spend time with did silly things like run away – we would all be together but I knew I was with the wrong people.

After one fight with my nan, I just ended up leaving and staying out all night in a park. I was with a friend and we tried to sleep but it was freezing. It was lucky we had each other really.

My little brother called me saying he was hungry and nan had locked the fridge, so I said I’d go home and stopped at McDonalds for them. I gave them the food and conked out on the bed. I thought I’d sleep next to my sister and leave early in the morning so my nan didn’t see me. But she heard us, came in and she said ‘what the f*** are you doing in my house?’ and dragged me out of the house by my hair – I only had a bra and shorts on. I was crying it was so sad.

I called my granddad and said, ‘Can I stay at yours?’, but he wasn’t having it. I called my dad but he said no too, so I got the bus to a friend who was at a hostel. I couldn’t stay at hers, but she said she would meet me and bring some clothes.

After visiting the council, Cia was referred to Single Homeless Intervention and Prevention. She was temporarily moved into her own flat where she lived for a month, before being referred to Centrepoint.

My room at Centrepoint was huge. I thought it was going to be an awful hostel but it’s actually very nice and clean. I am glad I came to Centrepoint because of things like the Workwise course, where we got a motivational speech and they push and encourage you. Before coming to Centrepoint I didn’t know I wanted to be a presenter, but being able to present Centrepoint’s Got Talent made me realise that’s what I want to do.

Cia is now working as a waitress and hopes one day to be a television presenter. She is an ambassador for Workwise, helping to teach part of the course to other young people. The Workwise project supports a young person into training or employment by teaching them essential skills like CV writing and interview techniques.

Centrepoint is helping me find placements, just doing running or something similar to get my foot in the door. I am not in employment or education at the minute, so I am focusing on the placements. Staff at Centrepoint are great – my advice to other young people facing homelessness would be to keep your head up and bring a toothbrush.

*Cia Robinson is an alias.

I had a good childhood but not at home. My best memory was spent outside of my house, where there was a build-up of negativity, a lot of negative energy which got me down and depressed me.

I used to take my attitude to school. I used to hate when people asked me what’s wrong, so I used to act out. In my house I got negativity so when I got to school and someone told me that I was doing something wrong I just felt that I was constantly wrong. Being young I didn’t really understand why everyone was on my case.

In school I used to get in trouble for losing my temper, I used to get into fights and all sorts. I was kicked out of two mainstream secondary schools and ended up in a unit.

I always used to get into arguments with my dad, especially. Sometimes we used to get into physical fights and neighbours would call the police. There was a lot of hate in my heart. I used to feel like  I was living in the house, but that it wasn’t my house; that I was like a lodger.

Last year, getting ready to go to university, but finding it difficult to settle in college, Comfort and her dad had a big fight and the police got involved.

So, at 21, even though I wasn’t an angel growing up I’d never been in a situation where I’d been in court or anything like that. So, to be put in a situation by your own father, to get a criminal record it affected me. That was one of my lowest points. I was homeless for four months, and spent Christmas and New Year’s with my friends.

But I feel happy because it took me to this stage; I’m at Centrepoint now. Me and my mum are strong-minded women, my mum’s a very independent woman. So when a strong woman and another strong woman are together in a house it’s a recipe for disaster, but now we’ve both got our own kingdoms to reign we can get together and discuss how our kingdoms are going. My mum will call me now and we’ll be on the phone for two hours chatting.

Ending up in Centrepoint was perfect. If you were having a tough time, and you were homeless; this is the hostel you want to end up in. You’re forced to grow up when you’re made homeless, but Centrepoint tell you what being an adult is about. You’re making it hard for yourself if you don’t take responsibility for things, and that’s part of being adult. And the sooner I learn it the sooner I’ll take it on in life. I’m trying to make it a habit.

I feel like I’ve been adopted into this big family. I feel like I’m in this big old mansion with loads of people who are from different background but kind of share my story in that they’ve had a tough time. You might not speak to anybody in here but you have enough respect because you’ve been through something and we can coexist and be nice to each other.