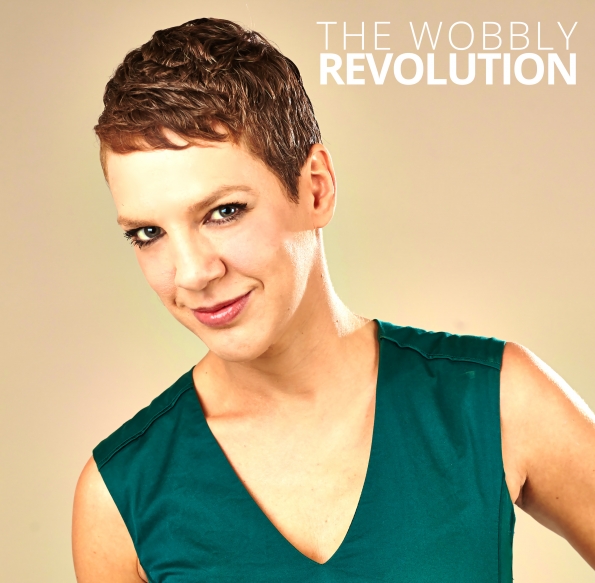 With her striking looks, the genetic inheritance of her Spanish father and half-Swedish, half-English mother, gamine haircut and sparkling wit, Francesca Martinez is the stand-up artist who can cut a politician down to size with a quick one-liner – with a wry smile, of course. Oh, and she has cerebral palsy, something she describes as making her ‘wobbly’.

If these facts are unusual, she’s doing better than most of us, having risen from child actress on Grange Hill and Holby City, to The Observer’s 2003 ’50 funniest acts in British comedy’ and, more recently, one of Britain’s Most Influential Women on BBC Woman’s Hour’s 2014 Power List.

An outspoken campaigner on disability and welfare, Martinez turned the tables on society  with an award-winning stand-up show called What The **** Is Normal? and a subsequent best-selling book of the same name. In it she asks if you’ve ever met a ‘normal’ person, and demonstrates that society’s perceptions of conformity perpetuate unhappiness for so many, regardless of ability.

“I realised that everybody is different, and there is no ‘normal’,” says Martinez, when I ask her what she discovered on her journey. “Society makes us believe that there’s a right way to be and there’s so much pressure on us to hide our imperfections. A certain appearance is deemed to be ‘ok’, and, if we differ, we are made to feel abnormal.”

Our self-perception influences so many  aspects of our lives, and this is evident from Martinez’ own experience. “Growing up wobbly, the pressure was heightened for me, and I felt I was seen as abnormal,” she says. “I grew up in a happy home and was very loved and confident, but when I realised the world saw me the other way, I struggled for a few years.

“Then I figured that I had never met anyone ‘normal’ and thought, ‘Why am I getting my knickers in a twist? I’m Francesca, and I’m wobbly’. Acting had a profound effect on that, and it was very empowering.”

Growing up, Martinez found the transition to secondary school difficult, and, a performer from a young age, landing the part in Grange Hill at the age of 14 came as a huge relief. “Between the age of 12-19 I felt ashamed of myself and became quite myopic and depressed. I was incredibly unhappy at school, so it was fantastic to be given the opportunity to act and some of my confidence did come back.”

After Grange Hill, Martinez’s father, a novelist and playwright, wrote a film and asked if she would play a character who was a stand-up comedian. While Martinez loved the script, she told him she couldn’t possibly do stand-up.

Perhaps with a paternal insight into his daughter’s real abilities, even before she realised them in herself, Martinez’s father encouraged her to research the role with a stand-up comedy workshop. At the end of the workshop, she was persuaded to do a gig. “It felt incredible,” recalls Martinez. “I loved it and knew that I wanted to do it for a living.

I had always used humour from a young age, to relax people, as I hated to be pitied. I always joked about things, and I think dad saw that in me. I started gigging around the UK and a year later I performed at the Edinburgh Festival.”

Martinez won the Festival’s 2000 Open Mic Award and since then has toured the world with her unique take on life, performing with Jo Brand, Johnny Vegas, Al Murray, Lee Mack and Ricky Gervais. She continues to combine her stand-up with a successful acting career, alongside her role as a campaigner for disability rights, social and climate justice.

“I think anyone in the public eye should use that platform to highlight issues,” she says. “People should use fame for a positive purpose. Disability is still hugely underrepresented, and there are many people living in poverty without a voice, so if I am able to bring a focus to a really serious situation I  will do so.

“Disability can affect any of us tomorrow and if the safety nets aren’t in place to support people there’s something hugely wrong. We shouldn’t live in a society where people are losing their homes, or have to choose between heating or eating.”

With a General Election this month, Martinez doesn’t feel positive about the future for disabled rights. “Disabled people have been hardest hit in recent years. They didn’t cause the recession, or take out loans or huge bonuses. Austerity is making the most vulnerable pay for the greed of others. The rich are getting richer, and the poor are becoming poorer and I feel very scared about what is happening.

“Many of my friends are young, capable people, but they need support and when services are eroded it can ruin lives. There’s a lot of rhetoric about maintaining independence, but the cuts are impacting that reality for many people.”

Alongside political debate and reform, Martinez believes a media that represents and embraces diversity will have a hugely positive effect on society. “Right now we have a very narrow focus of beauty and health,” she says. “Culture reflects such a  shallow section of society and it makes millions  of people unhappy with themselves. We obsess about what we don’t have.

“’Normality’ is different and no matter what body we are born into, all human experience is important. We need to give people the mental tools to fight back and think, ‘My body gives me life and without it I wouldn’t exist.’” With such an insightful and powerful perspective, Martinez’ ‘normal’ is something we should all aspire to.

(CTA) Francesca Martinez’s book, What The **** Is Normal is published by Ebury Publishing