The Rocky Road to Success – Neil Armstrong, Grit and Courage 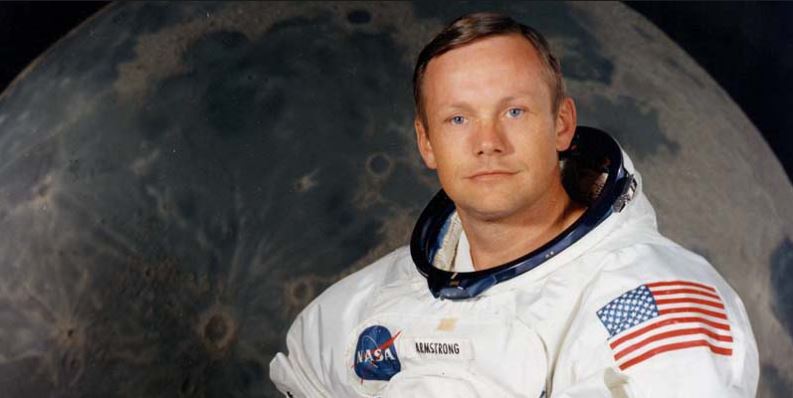 For the first man to set foot on the moon, the appeal of flying was something that came to him soon after he was born in 1930. His father took him to the Cleveland Air Races as a 2-year-old and his fi rst fl ight came at the age of 6, when his father took him for a ride in a “Tin Goose” Ford Trimotor. Armstrong was just 15 when he earned his fl ight certifi cate, before he had a driver’s license. As a US Navy pilot, Armstrong saw action in Korea, where he was hit by enemy fi re and had to bail out over friendly territory. Later, as a test pilot with the NACA, Armstrong showed his ability to keep his nerve during an experimental run in which three of the four engines on his aircraft failed. Armstrong’s story is essentially one of keeping your nerve, dealing with problems with grit and determination, and keeping on course. In 1958, due to his character and his track record he was chosen to join the astronaut programme with the US Air Force, in which more training and gruelling fl ying were undergone. Luck was also on his side. Armstrong’s astronaut application arrived about a week past the deadline, but a friend saw its late arrival and slipped it into the pile before anyone noticed. Armstrong’s excellence as a pilot stood him in good stead on the famous moon landing of 1969 when he noticed the flight computer was taking them to a dangerous landing area. He took manual control and fl ew the Eagle lander to safety. On July 20, 1969, Armstrong was the fi rst human being to set foot on the moon. The Best You have included him here because as a mark of respect for his death on August 25th, 2012. He was a man who changed what human beings think they are capable of.