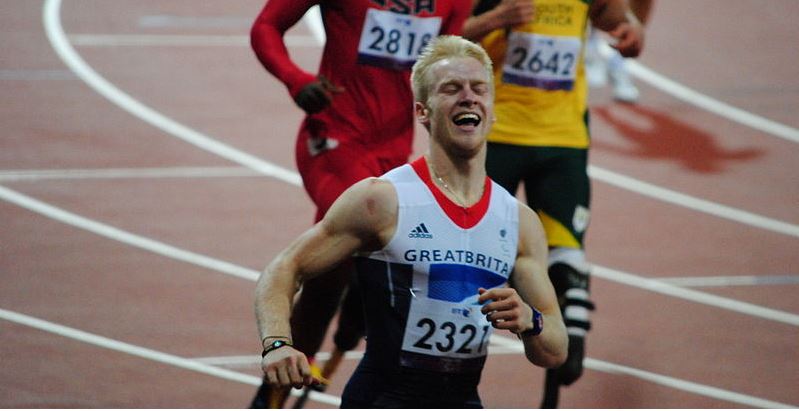 When five-year-old Jonnie Peacock had to have his lower leg amputated after contracting meningococcal septicaemia, you’d think that he might have been allowed a few moments of feeling sorry for himself.

But that was just not Jonnie Peacock’s style, and by the age of 6 he was running around on an artificial leg, and enjoying his life – even if all that exercise meant he had to go back into hospital for further operations to remove more of his diseased leg. His teachers back then tell how they thought of changing the rules for the school sports day, but that Jonnie wouldn’t hear of it, determined to compete on the same level as his able-bodied schoolmates.

When his class heard that the UK had won the Olympics bid, Jonnie was only 12, and had never considered running seriously. That only happened two years ago when he started training seriously at Lea Valley.

In those two years, he has become the world’s fastest amputee over 100m, beating his idol and mentor Oscar Pistorius and securing him Gold at the London Olympics. It’s an amazing journey, which shows how determination and the ability to shrug off setbacks can put you absolutely at the top of your world.

A big hand to Jonnie Peacock – at the age of 19 probably the world’s greatest 100m Paralympian!