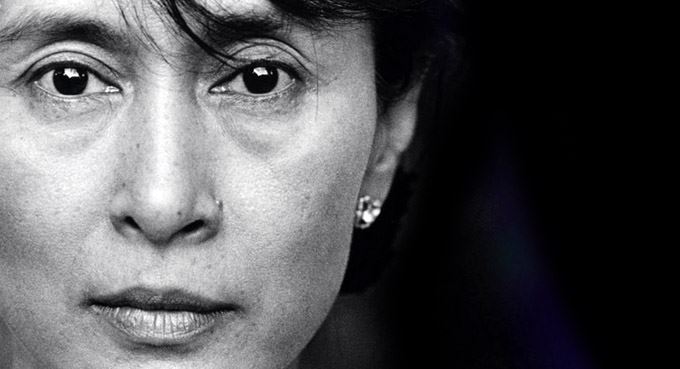 Burma’s pro-democracy leader Aung San Suu Kyi has faced decades of humiliation and a long imprisonment. Her campaign of non-violent resistance to one of the world’s most brutal dictatorships has inspired people worldwide. Her courage has come from her belief that no junta is stronger than a people’s desire for freedom.

Aung San Suu Kyi originally returned to Burma from the family life she had built in Oxford to nurse her dying mother. Once there, as the daughter of the leader of Burma’s struggle for independence, she was swept up in the pro-democracy movement. Being talented, intelligent and gently charismatic, she soon found herself general secretary of the National League for Democracy. Her commitment to the pro-democracy movement led to more than 15 years in detention, as well as physical attacks on her and her supporters.

Perhaps the saddest sacrifice of all was the enforced separation from her family. Her husband, dying of cancer in the UK made a desperate appeal to the Burmese junta be allowed to see her. Their reply was to say that Aung San Suu Kyi would have to leave Burma to see him, and would not be allowed to return. He died in 1999, having not seen her since 1995.

Last year she was finally released from house arrest. Her thoughts soon turned to attempts to free the remaining 2,100 political prisoners in Burma. She is working to free “the faces the regime wants you to forget”. Throughout all this, Aung San Suu Kyi, 65, has remained resolute for non-violence and has fought for the freedom of her people with extreme dignity. Aung San Suu Kyi’s amazing life offers a snapshot of heroism.