The Rise of Ronaldo – Cristiano Ronaldo 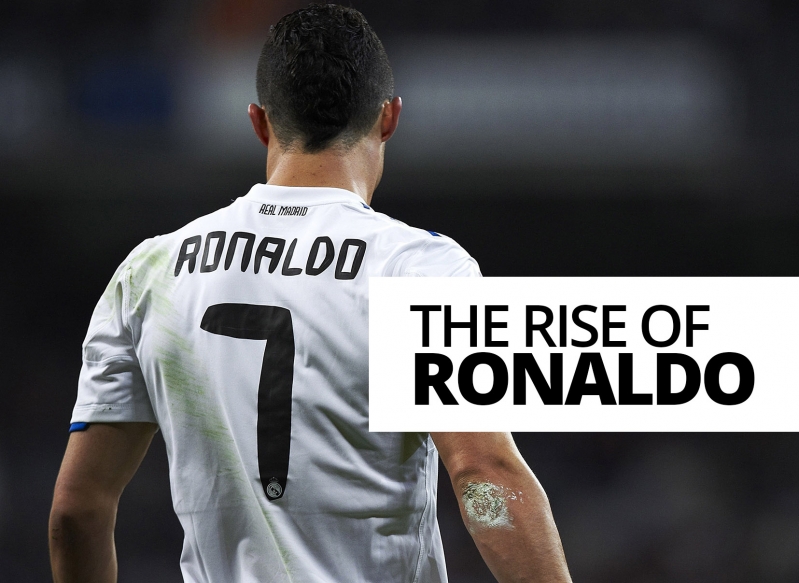 The Best You looks at the extraordinary career of footballing legend, Cristiano Ronaldo

Cristiano Ronaldo was born on 5 February 1985, in Funchal, Madeira, Portugal, growing up in a working class neighbourhood in genuine poverty, the youngest of four children. His home by the sea was a small tin-roofed shack where he shared a room with his brother and two sisters. His father was, among other things, a gardener who had a drink problem, and his mother worked as a cook and cleaner.

Through his father’s other work as an equipment manager at a boy’s club, Ronaldo came to play soccer.

By the time he was ten years old, he was already recognised as a phenomenon – a kid who ate, slept and drank the game.

“All he wanted to do as a boy was play football,” his godfather, Fernao Sousa, recalled for British reporters, adding, “He loved the game so much he’d miss meals or escape out of his bedroom window with a ball when he was supposed to be doing his homework.”

Ronaldo always had a strong sense of his own value, famously being expelled from school after throwing a chair at his teacher because he “disrespected” him. His mother’s mediating influence saw him agree to focus on his football at the age of 14.

Early on he believed he had what it took to play professionally. In 1995, aged ten, he signed with the local club, Nacional and was later signed with Sporting CP for an undisclosed sum. From the very start, he broke records, becoming the only player to ever play for Sporting’s under-16, under-17, under-18, B-team and first team all in one season. Playing his first league game, he scored two goals.

Diagnosed with a racing heart at the age of 15, he underwent laser surgery, which cauterised the part of his heart causing the problem.

He was discharged on the same day, and was playing football again a few days later.

It was at an exhbition match in Lisbon in 2003 that Ronaldo stepped on to the world stage as a footballer. In an exhibition match between Manchester United and Sporting at the inauguration of Jose Alvalade Stadium his team beat the tourists. United’s players were so impressed they urged Sir Alex Ferguson to sign him. He did, paying £12.24m for his fiery new player.

It was money well spent. He repaid the investment in the 2004 FA Cup final, scoring the team’s first three goals and helping them take the trophy.

During his time at Manchester, Ronaldo developed the extraordinary skills and flair that are his trademark. He is not only a technically brilliant player, but also a consummate performer who knows how to entertain a crowd.

He deliberately chooses the more spectacular kick simply because he can, to the delight of spectators.

“He is one of the most exciting young players I’ve ever seen.”

Nor is there any waste in his display of flair, since his shooting is accurate and fast.

Described by many as, “the new George Best”, Best himself responded that there had been many players who’d been described as such in the past, but this was the first time the accolade had been a compliment to him rather than the new player.

At Manchester, Ronaldo helped take the side to three Premier League wins, and also to winning
the FIFA World Cup. In 2009, he was named World Player of the Year, and then transferred to Real Madrid for the sum of £80m – at the time making him the most expensive footballer in history.

He said: “I know they are going to demand a lot of me to be successful at the club and I know that I’m going to have much more pressure than at Manchester United because I was there for many years. It means a new challenge and is going to help me be the best footballer.”

His winning streak went on from there, when he broke the 2010-11 La Liga goal-scoring record, helped Real Madrid gain the La Liga title and became the fastest player to ever reach 200 goals for Madrid and continuing to skittle away old records – the latest being his claiming the laurel of being Real Madrid’s all-time record goal-scorer.

As wells as his FIFA World Player of the Year award, Ronaldo has won the highly prized Ballon d’OR, the Golden Boot and has been named the UEFA Club Forward of the Year.

He is an extraordinary talent who is able to anticipate the ball with extraordinary precision and can read the action on the pitch with a deeply ingrained instinct and legendary reaction times. *