The revolution begins here – The Oola Guys by Bernardo Moya 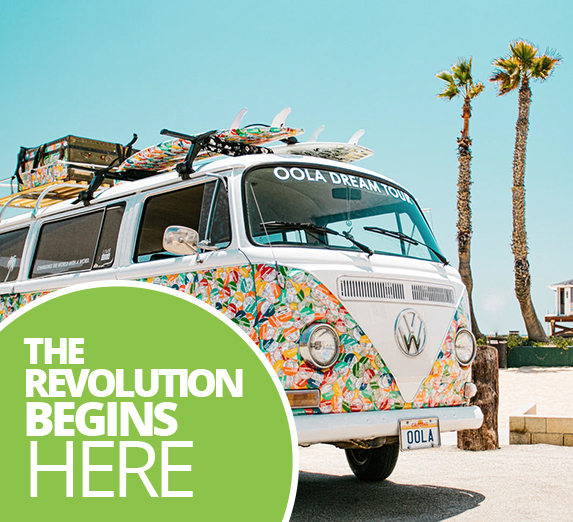 There’s a movement spreading across America. It’s called Oola, and it was created by the Oola Guys – Dr Dave and Dr Troy. With its simple methods of finding balance in an unbalanced world, it looks set to grow and grow. Bernardo Moya speaks to The Oola Guys

“Oola,” Dr Dave tells me, “is that place we all shoot for in life. That feeling we experience when you get the successes along the way – even if it’s simple stuff, like reading a book on a beach, or playing with your child.” Dr Troy adds, with
a twinkle in his eye: “In short, Oola is cool.”

They describe Oola as that state of awesomeness, when your life is balanced and growing in the seven key areas of life – the seven F’s of Oola, which are fitness, finance, family, field, faith, friends, and fun. It sounds simple – it is simple – and maybe that’s why the Oola movement has been taking the US by storm. The Oola Guys have made it readily available for you to make the changes you want. With their guidance, you reflect on how you can improve the seven Fs of your life. Then you write down one thing you’d like to change in each area.

After that, you write down the next 7, and the next 7, until you have 21 goals to aim for.

Along the way, the Oola Guys are there to help. They break it down for you, so you can get to each goal. The effect is transformative. Dr Dave and Dr Troy first met at

Uni in the US, Dave says. “I was finishing my doctorate and I interned with Dr Troy. We met in 1997 and hit it off. He became my friend, boss and mentor all at the same time. He introduced me to the concept of balancing your life in 1997. We sat down at the Hard Rock Hotel and went through where we are with seven areas of life. What kind of dad did I want to be, what kinda business did I want to have, how much money did I want to have – and how were we gonna do that?

Troy adds: “We set goals in seven categories, and then we kept each other accountable by phone. We’d just keep each other on track, like, ‘Dude you’re drifting from this,’ or whatever.

It was that simple.

“Just a group of guys trying to be better guys in all seven areas – not just winning in business and money like most people.”

“Then I went overseas, to do some business in 1999 and we drifted. He got busy with his family, I got busy with my work and family and we didn’t connect on these principles.”

While things worked out for Dr Troy, who continued to apply the principles they’d worked out to his life, things were different for Dr Dave. At first it all appeared to be working – but as time went by, he lost connection with Oola.

“One day a couple of years ago, Dave popped up. He’d been super-successful in all seven areas –  a beautiful home, beautiful family, beautiful business, was in shape. But now he was desperate, in a motel, bankrupt, divorced.”

It was then that Dr Troy started to help him apply the seven Fs again to his life. Immediately, it started to work. It was extraordinary. Seeing him put his life back together, the two of them decided to write a book about how Oola can help so many others.

The birth of Oola: Find Balance in an Unbalanced World was not a normal bookwriting experience. “We wrote it in three days,” says Dr Troy. “Neither of us had written more than a five page paper in college!”

Dr Dave adds: “We were thinking we’d sell about 40 books but – it would be a fun project. We had no idea it was gonna take off. The first, like, 10,000 copies of the book is a picture of the back of Dr Troy’s head, because he’s like I’m not gonna come out of retirement, no-one is gonna know who I am. The book just started to take off.”

So what was the root of the book’s success?

Dr Dave answers: “I think a lot of it was just going against the grain, like, we didn’t listen when we went to an editor in New York. They came back and they said, ‘Okay first of all it’s a really well written book, it’s simple principles but get rid of the word Oola, because it doesn’t make any sense.’ We just didn’t care.

We’re like, ‘Screw it we’re doing it our way.’ Dave and Troy are convinced that the word Oola really made it take off. It was intriguing – a brand all of its own.

“I think, especially in the US everyone in their heart feels this imbalance this disconnect. They’re so busy trying to accumulate material things. I think we struck a nerve with people,” he adds. “

“And it’s simple to tell people about it, it’s simple to follow, the word is sticky. People use it in sentences. We have fifth graders going, ‘Hey that’s not Ool’a. Or, ‘Don’t do this, this is Oola’.

We have plastic surgeons saying, ‘This is my Oola’.”

As word about the book spread, Dr Dave and Dr Troy were soon being asked to speak at personal development events. It’s gone on from there, growing massively, partially because of the completely fresh approach the pair takes to teaching. They incorporate films, games and much more.

The atmosphere is informal – not like a traditional seminar. It makes for fun, which is a great way to do personal development. It doesn’t have to be serious dedication. It needs to come from the heart, for a person to find their own way. The heart of Oola is a cool approach to the world – working out the changes you need, and then overcoming blocks to get what you want.

Dr Dave and Dr Troy have a surfer-dude attitude at heart, and that’s why they decided to take to the road, spreading the word of Oola in a VW camper. Covered in stickers where people have written out their seven Fs,

“the idea of Oola is to get people to sign a contract with themselves to do things better.”

People see it, they’re intrigued and they write out the changes they want. Then, amazingly, they see those same people later on, telling them that changes have happened.

Dr Dave and Dr Troy have done so many miles in the Oola bus that they’ve had to put three new engines in it. They want to get all the states of the US covered. And still the energy goes on.

There are events happening right now, and merchandise available that helps you stay on the Oola path. For the future, there are going to be more corporate events, too – because, with a happier, fitter workforce, business is more successful.

Wherever they go, people tell them the changes they have made thanks to Oola. Focusing on fitness, meeting that deal they signed with themselves, overcoming blocks in all seven key areas of their lives, people are transformed. So, from a fresh idea, a new perspective, a movement has been born. And what’s more, it works! 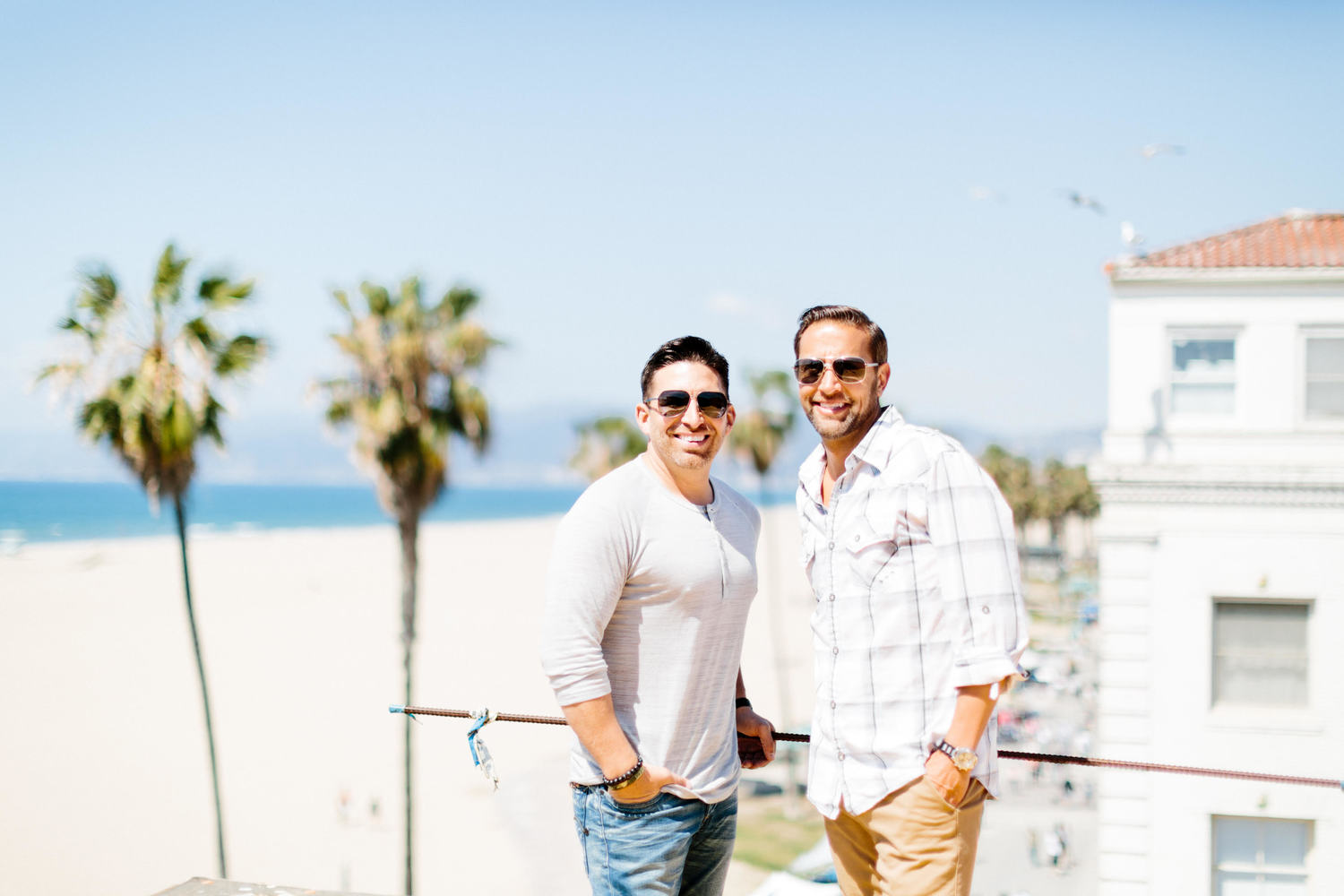 Find out more at oolalife.com