The Evolution of A Megabrand

Home The Evolution of A Megabrand 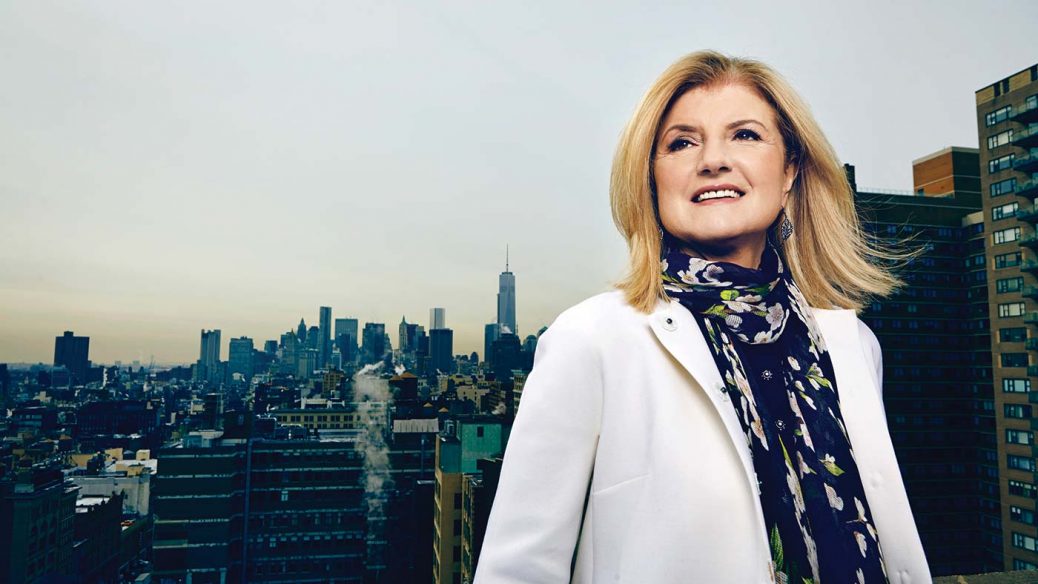 From humble beginnings to media mogul, The Best You looks at the many sides of Arianna Huffington

Some people are born to succeed, and it seems Arianna Huffington (née Stasinopoulou) is one of them. Though Huffington grew up in Athens, Greece in a lowly one bedroom flat with her single mother, she worked hard at school and was driven to make the best of her life.

Huffington not only landed herself a place at Girton College, Cambridge, but also became the first foreign and third ever female President of the Cambridge Union. By the age of just 21, she was dating the critic and polymath Bernard Levin, and had her own publishing contract. That first book, called The Female Woman, which was designed to counter Germaine Greer’s infamous feminist tome The Female Eunuch, saw Huffington argue that Women’s Lib appealed only to women with “strong lesbian tendencies.”

Given her way of looking at the world, perhaps it’s no surprise that Huffington became a darling of the right wing in Britain. She soon counted leading Tory politicians among her friends, and became a political commentator and prominent media figure. She left Levin when she realised he did not want to marry and have children, and nowadays jokes that “everything that happened in my life… happened because a man wouldn’t marry me.” Huffington went on to fall in love with oil and gas billionaire Michael Huffington, an American congressman. The couple wed in 1985 and the new Mrs Huffington quickly became a conservative stalwart in the US.

However, with the approach of the new millennium, Huffington developed a new consciousness. Always independent-minded, she concluded that the world divides into those who recognise that there are “two nations” (the rich and poor) and those who don’t, and thus she developed increasingly progressive views. Huffington says of her politics that she’s “trying to break away from the idea that we see everything through the right versus left prism,” and she founded her blog The Huffiington Post in 2005 to try to find and bring together the best thinking from both sides, in order to progress civilisation.

One of Huffington’s many skills is her ability to network, which television host Bill Maher sums up by saying that “if Arianna wants to be your friend, give up. You’re like a weak swimmer in a strong tide.”

Her brilliant networking meant that when she set up The Huffington Post, she was able to invite the rich and famous to contribute articles for free. Within a few years, The Huffington Post – or HuffPost as it’s fondly known – was rolled out around the world. Today it is the second most-read news website.

Huffington’s extraordinary career has seen her succeed time and time again. In 2011, she sold The Huffington Post to AOL for £265 million, but stayed on as Editor-in-chief. Then in 2014, she reinvented herself once again, announcing her departure from HuffPost to set up her own self-help company, Thrive Global.

The roots of this revolution occurred in 2008, when she collapsed from exhaustion and found herself “lying on the floor of my home office in a pool of blood. On the way down, my head had hit the corner of my desk, cutting my eye and breaking the cheekbone” said Huffington.

The time she spent in hospitals while being checked for serious illness (she had exhaustion, nothing more) made her realise the importance of sleep and rest. She looked into yoga, other self-help disciplines, and corporate wellbeing and decided that was where her future lay. Her book, Thrive: The Third Metric to Redefining Success and Creating a Happier Life, describes how to reprioritise your life to tip the work /life balance in favour of life. It’s also part of a massive corporate enterprise that sells courses for individuals and businesses, and provides all the paraphernalia that goes with it, from books and apps to blankets that enable you to get enough sleep and be healthy. The business took off immediately, with Business Insider reporting that within six weeks of launch it was already far surpassing projections.

What enables Huffington to move so seamlessly from being close friends with celebrities, business people and politicians, to running a media empire and starting a company in a market in which she had no previous experience? Some of it is attitude. It’s not that everything in her life has gone her way, it’s simply that she doesn’t acknowledge or dwell on the times she has failed. As she puts it, she treats life as if “it’s rigged in my favour.”

She admits that she’s had to come to terms with her inner voice that brings her down, calling it her “obnoxious room-mate.” Indeed, the voice hasn’t completely gone. She acknowledges the criticism, yet the difference, she says, is that these days she responds to it by acknowledging that she made a mistake, and knows that admitting it doesn’t make her a bad person. That is part of the maturation process, of outgrowing the conditioning you received as a child. The same approach can be seen in her attitude to external criticism.

“My advice is look at a child and see how a child handles being upset or angry. I don’t believe in growing a thick skin, I think that prevents you from really being permeable and feeling everything to the fullest. A child will get really upset and really cry, and then five minutes later say, oh, nothing happened… holding grudges is the worst… Move on. That’s my advice to everyone” said Huffington.

This approach goes hand-in-hand with a strong spirituality.

“I don’t believe – I know. There is that deep knowing that we have about God… It doesn’t matter for me what particular form your God takes, Christian, Jewish, Buddhist. I think the most important thing… is that there is a spiritual reality beyond our material reality. That life is partly this journey to learn more and more about it, to understand it, live it better – and that for me is what makes sense of a lot of things that happen in life” said Huffington.

Faith, then, is another part of the mix that makes up Huffington’s extraordinary career. A success story that continues to thrive.