That will teach you

Home That will teach you 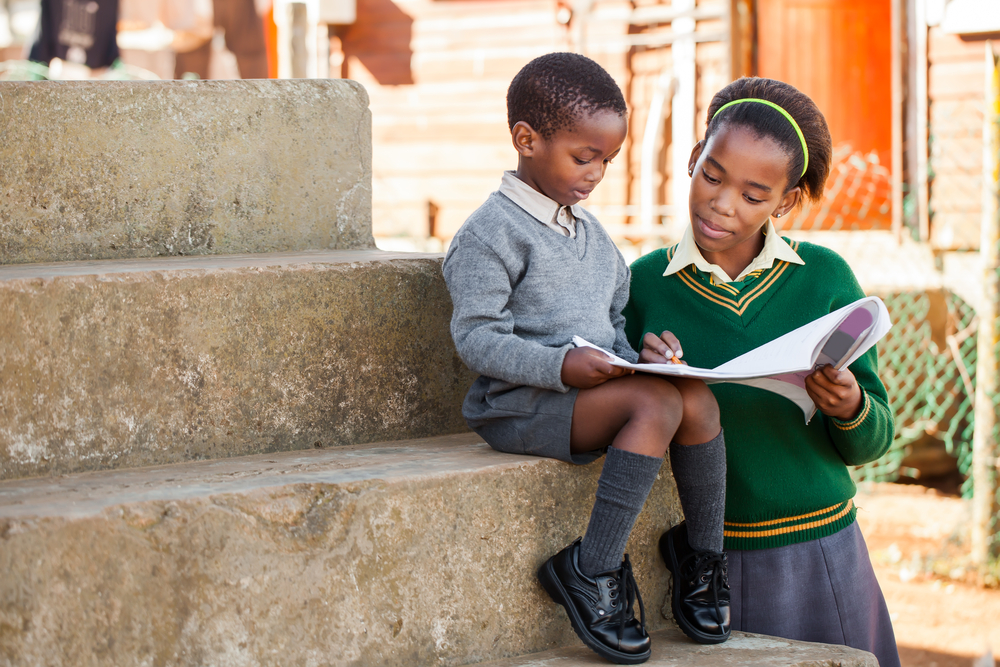 All over the world there are kids who should be in school and aren’t. The struggle for an education is far rifer in developing countries, but the truth is that education problems are global. The Best You looks at some of the problem areas, and more importantly, some of the solutions.

In 1979, Pink Floyd released their seminal rock opera where they sang “We don’t need no education”. Apart from the fact that the grammatical structure of that sentence clearly points to the fact that they did indeed need an education, their entire premise is incorrect. We do need an education. We all do. Of course there is value in knowledge, but at the root of it, we need an education to have a fulfilling life in the 21st century. It’s true that not everyone is a born academic, enthused at the idea of discussing poetry, philosophy and politics, but we all need to learn a trade.

A survey in 2009 showed that 10 per cent of children around the world were not in school. That is 67 million children, and Ethiopia alone accounted for two million of these children. This represents 16 per cent of the country’s primary school-age population. The good news is this is a major drop from the statistics in 1999 when the figure reached 63 per cent.

The global percentage has fallen from 2000 when it was 16 per cent, but there are still far, far too many children not in school. Because of certain fundamentalist religious beliefs, the lack of education affects girls more than boys with 53 percent of the out-of-school children being girls. And although there is progress, it’s not happening fast enough. “Between 2000 and 2005, we saw a dramatic reduction in the number of children excluded from primary education. But since then, the rate of change has slowed down considerably,” says Hendrik van der Pol, Director of the UNESCO Institute for Statistics. “At this rate, we will not achieve universal primary education by 2015. So it is time to raise the alarm among governments and international agencies globally.”

Kevin Watkins, Director of the Education for All Global Monitoring Report, reiterates these facts: “It is increasingly difficult to reach those children who remain excluded from education,” he says. “Governments must commit not just to achieving national goals, but to seriously tackling disparities based on wealth, location, ethnicity, gender and other markers for disadvantage. More must also be done to protect and provide education opportunities for the millions of children deprived of education due to conflict.”

Between 1999 and 2009, the amount of out-of-school children was by more than 30 per cent points in Burundi, Madagascar, Mali, Mozambique, Niger and the United Republic of Tanzania. Much of this progress has been attributed to the abolition of school fees. However, the proportion of children out of school remains very high in the following countries: Equatorial Guinea (46 per cent), Côte d’Ivoire (43 per cent), Niger (41 per cent), Burkina Faso (36 per cent) and the Central African Republic (31 per cent).

In a lot of Africa, children are not receiving an education because of financial means. Either their parent cannot afford the school fees, or the transport fares for the children to get to school, or often both. Also, when children reach a certain age, giving up school and finding menial employment is preferable so the family can bring in as much money as possible. Of course this doesn’t make sense in the long run because if a child finishes school, he or she is much more likely to get a better paying job after graduation. But when you are living in abject poverty, the main focus is to get food on the table. But there are other reasons, such as religious reasons living in conflict areas, that children are not being educated properly. In the areas of Pakistan that are under Taliban rule, such as the Swat Valley, girls were at times banned from receiving an education. Less than a year ago, a teenage education activist named Malala Yousafzai was shot in the head in an assassination attempt by the Taliban because of her fight for the rights of girls to get an education. Miraculously she survived and has since made a full recovery and in July she gave a very moving speech to the United Nations about a girl’s right to learn.

Enough with the problems

So, we know that the fact that there are so many out-of-school children is a big problem, but what can you do to help?

War Child, which is one of the charities that we support at The Best You, has a programme that helps the 40 million children who are currently out of school get an education. You can support this cause by following this link: http://www.warchild.org.uk/get-involved