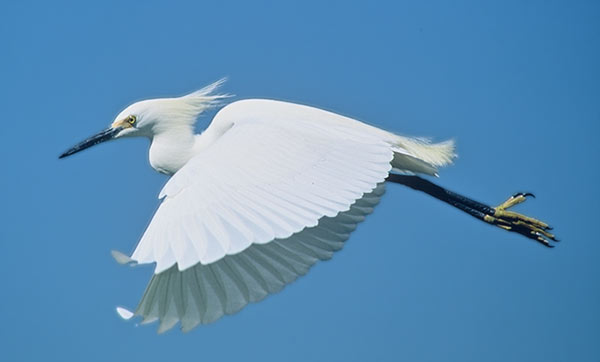 If I take a picture of a flying bird, wait 5 minutes, and take another picture of the bird, what’s going to happen?

I’m probably not going to get the second picture because the bird will have moved on 4 minutes and 45 seconds ago.

This bird is moving. Almost everything else is moving on planet earth, too – rivers flow, waterfalls fall, the wind blows, and sharks swim up to 50 miles per day. Even the Smotionloth, with a top speed of .003 miles per hour, moves.

Two Pictures To Measure Your Life

At the start of a month, take a snapshot of your life – your health, your finances, your progress on goals, your relationships, everything. Write it down in detail. This is your point A.

At the end of the month, do the same thing. This is point B.

What you’ll hopefully see is the magic of movement from A to B. If your life snapshot is practically the same as the first of the month, you’re not doing much! If you’re not a step (or five) closer to your dreams, you’re on pace to NEVER see them happen. That’s a hard truth to accept, but let it sink in. If you don’t make progress each day, week, month, or year, you’re on pace to disappoint yourself. The only way you’re going to achieve your dreams is if you MOVE towards them in the present (not “someday”).

The only time it’s ok to stand still is to briefly consider which direction to go. But even then, you’re actively thinking and planning your next moves.

Every moment of inaction is actually a step backwards because you lose time and are establishing a standard of chronic failure. You’ll consciously or subconsciously think, “if I haven’t really done anything in the last few years, it probably isn’t going to change.” This is something I’ve struggled with and it’s difficult to break through it. I’ve had the best success with “just doing it” when my mind is stubbornly doubtful but I know better.

If your point A and B look eerily similar and you’re afraid you’ll miss out on a better life, what should you do?

Jump Into A New Current

A current is a way of living, so to jump into a new current is to try something you haven’t tried before. As if we’re at a buffet, we can choose which currents to swim with (and which ones to swim against).  There is a kiddie pool with stagnant water, but it’s green and I’d stay away.

An active thinker will recognize a “foreign current” that grinds against his values and swim to a new one. But for a “go with the flow” person, there is a strong risk of living someone else’s life and being miserable for it.

When you do figure out where you want to go, you might be so entrenched in this current that you can’t see changing, and won’t, because it would be uncomfortable.

Hey, are you liking this post so far? If you like it, why not subscribe to Deep Existence for bonus content and 3 awesome gifts (free)? That link opens in a new tab, so you can finish reading this article if you click. To learn more about the gifts and the perks you can expect as a Deep Existence subscriber, click here (new tab).

A great life motto is if it makes you feel uncomfortable, DO IT NOW. Uncomfortable people are the ones jumping in and out of currents, looking for the one they like. They learn faster and gain valuable experiences that enhance their skills and help them decide what they want to do more of. I just went to Kauai, Hawaii for 10 days and I saw a new (simple) kind of life there that I hadn’t seen before.

Everything good I’ve done has involved some amount of discomfort and everything bad I’ve done has been comfortable or easy. If you do what you’ve always done, it’s going to be cushy. Nothing remarkable will happen. Venture outside of the lines you drew many years ago, and you’ll find it very uncomfortable, scary, and absolutely invigorating. Once you master this, go outside the lines that mankind itself has drawn – the invention of the airplane, harnessing electricity, tightrope walking across Niagara Falls, and the people who jump off cliffs wearing a flying squirrel suit are good examples of that.

I’m not asking you to invent teleportation, but if you do, link back to this post.

I am asking you to step outside of your narrow boundaries that are there because you’ve never challenged them. The longer you go without trying something, the more intimidating and off-limits it will seem. I swam competitively from age six to eighteen, so I know swimming is relatively easy to learn and not a big deal, and yet, some people are terrified of the water because they haven’t tried for decades.

Rulebooks have always been about control. They limit behavior to make it predictable. YOUR rulebook does this to you, and it’s making your life a little boring, isn’t it? Look at one of your rules now by thinking of a few things that you “can’t do.” Are you sure about that?  Toss the rule in the trash, and jump into a new current. You can always swim out if it’s not for you. You do know how to swim, dont you?