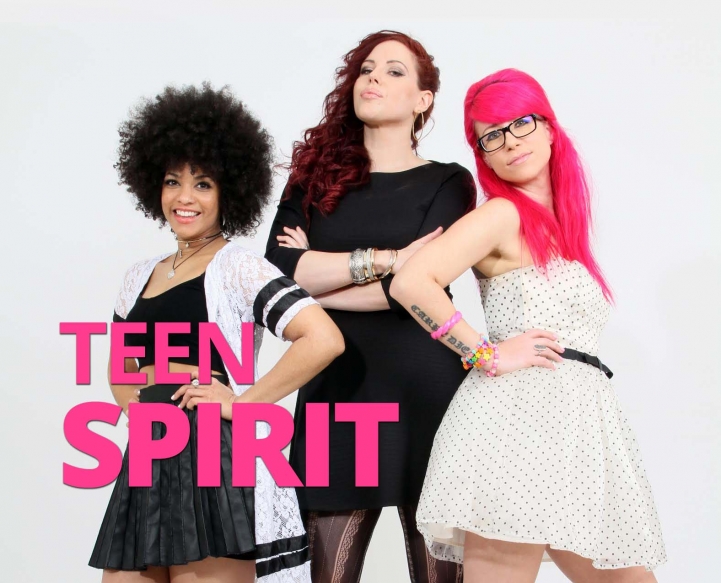 How do I know if I’m healthy? What’s it like to take drugs? Is everyone having sex? Being a teen can be a bewildering journey of self-discovery, but the Self-Esteem Team helps young adults tackle the tough stuff. Daska Davis chats with member Grace Barrett about the team’s new Zoella-endorsed book

Navigating the teen years can be one of the toughest periods of life, with friendships, peer pressure, biological and hormonal changes, plus a wealth of Google horror tale ‘advice’ to cope with.

Globally, research has shown that teen mental health can be pivotal to adult health and wellbeing. Confidence and self-esteem are key to coping, but it takes more than a quick pep talk from parents or teachers to achieve a positive state of mind.

Cue the Self-Esteem Team, founded by journalist, campaigner and author Natasha Devon MBE who, having recovered from an eating disorder during her late teens, was inspired to create award-winning body image and mental health classes.

Subsequently she recruited musician Grace Barrett and Nadia Mendoza to join her in talking within schools to help young people with their self-esteem. To date, the trio has worked with more than 50,000 teenagers, using their expertise to help tackle body confidence and self-harming, issues that both Barrett and Mendoza respectively experienced as teenagers.

Now it is set to reach a wider audience with the release of a new book, The Self-Esteem Team’s Guide to Sex, Drugs & WTFs?!!, which answers a range of subjects in an honest, funny and compassionate dialogue, with responses from each of the team. It’s the natural extension of the group’s work which has been described by Gok Wan as, ‘Exactly what the UK is crying out for!’.

“We’ve been together for a couple of years,” says Barrett who was plagued with eczema and acne while growing up, but now advises teens on simple, affordable ways to look after their bodies and minds.

“Natasha came to review one of my gigs and says it was a thunderbolt moment when she saw me on stage. We got to know each other and she invited me to join her in the Self-Esteem Team, and although our upbringing was very different we had both faced confidence issues growing up.

“After we started to work with Nadia, we began to deliver a wider range of topics based on our personal experiences and we gradually began to develop our individual roles. When we were writing too, we quickly found our own voices in the book.”

Devon is seen as ‘the mind’ of the group, regularly appearing on Sky News, This Morning and BBC Breakfast to comment on education, mental health and body image, Barrett is ‘the body’ championing the link between physical and mental health, and Mendoza is ‘the soul’, focused on mental health and individuality.

“Natasha developed an eating disorder at university and at 25 felt she had no job, friends or money. Despite being an A* student, she recognised that all the grades in the world don’t prepare you for life. Initially she wanted to do a PSHE class but felt that theses just tell you the story but don’t give you the answers. For example, when we talk about exam stress, we explain how the brain works but we also offer three or four tricks to apply in real life to cope better.”

It’s often said that today’s teens are under more pressure than ever before, but does the Self-Esteem Team really think so? “I think so,” says Barrett. “The last generation that faced this level of seismic change was in the 60s. Today’s landscape is so different. When I was at university, facebook didn’t exist. As teens we all have body hang-ups, but the first time someone posts a picture of you on the internet can be awful, and we’re all hanging on how many ‘likes’ we get to bolster our self-esteem.”

While the team covers a wide range of topics, the issue that is central to most is mental health. “We get a lot of ‘I don’t feel right’ responses in sessions,” says Barrett. “There are techniques that can help. It’s about getting used to recognising how you feel. If the environment you’re in is not right, we suggest envisaging somewhere that does – whether that’s real of imaginary. Who are you with? Where are you? Then it’s about building a bridge to get there.”

To find out more visit www.selfesteemteam.org