Home Tarot – giving you the edge in business by Anne Jirsch 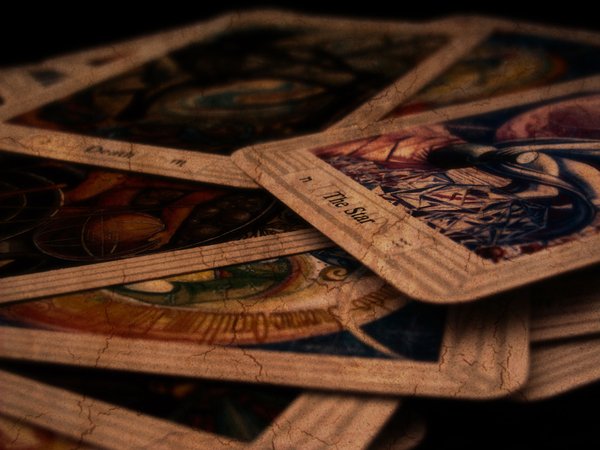 Tarot readings may conjure up images of old ladies in veils surrounded by candles, velvet and crystal balls, but Anne Jirsch, who has been a tarot consultant for over 28 years, reckons it can be used in a practical fashion as well.

I had my first tarot reading over 40 years ago. A friend dragged me along, and I half expected it to be some vague nonsense or clever guesswork, but instead it was incredibly accurate. The reader told me something that I could not see happening. I decided to get a second opinion and a third – just out of curiosity.

Both readers told me exactly the same thing as the first – that I would move to the countryside. It didn’t make any sense to me. I am a townie through and through. A short while later a situation arose where I was made a seriously good offer to move to the countryside. I learnt two things from this: Firstly, tarot is amazingly accurate. And secondly, it taught me that I have control over my destiny, because I didn’t make the move that was predicted.

From that moment my intrigue grew. My best friend bought me a set of tarot cards and I dutifully sat down and tried to learn, but boy it was hard. To give you an example, just one card had many meanings, none of which made any sense when I looked at the picture. Some of the meanings of just one card were consanguinity, marriage with tribulation, inheritance (which could also mean loss). Then there were different meanings as to where the card lay in a spread as well as the combinations, that is, if one card lay next to another it would take on a whole new meaning. I was baffled and gave up.

A couple of years later I met a gypsy who told me, “My forefathers couldn’t read or write. Do you seriously think they studied tarot from a book? Just look at what is in front of you and allow your intuition to give you the answers.” I haven’t looked back since.

Over time I built a worldwide client base. My clients come from all walks of life – I have visited palaces, been flown out to Hollywood, and even sat in on board meetings with the C.E.O. telling his team, “Anne is my secret weapon.”

Of course this didn’t happen overnight. I’ve worked hard for my clients and built a solid reputation. They expect a lot – people at the top do.

But can tarot cards give you the edge? They certainly can. They can alert you to potential problems, highlight the best time to make a move, let you know who to trust, and show you who or what will bring you big dividends.

Most people attempting to read cards have the same experience as me. They get a little tangled by all the different cards, meanings and spreads and soon give up. However, by using the NLP principle of chunking down, you will soon get the hang of it.

There are 78 cards, so chunk down by separating them into three piles. Firstly, there are the Major Arcana. These are the cards you have heard of: The Wheel of Fortune, The Hanged Man etc. Next put aside the four suits: Cups, Batons, Coins and Swords. The third pile is for the court cards: Kings, Queens, Knights and Pages.

Think of the tarot as your story – the Major Arcana represent the big events in your life. The four suits are the details of love, money, work and all you have to deal with. The Court Cards are the players, the people in your life.

Now take the four suits and split them into four piles: Cups for love, Swords for difficulties, Coins for money and Batons for work. Just by noticing which cards dominate gives you an idea of what you need to be focussing on.

Now give the cards a good shuffle and lay out nine cards, three for past, three for present and three for future. Just take what comes to you. If the cards look better in the future that means you are heading in the right direction.

I have been teaching tarot for over 28 years, and many of my students are now professional Tarot Consultants. I can teach anyone in a day – it is that simple.

Anne Jirsch is a London born professional psychic with a large worldwide following. Her client base includes heads of industry, politicians and celebrities from the world of film, music and sport. She is an internationally best-selling author of four books 'Instant Intuition,' 'The Future is Yours,' 'Cosmic Energy' and 'Create Your Perfect Future.' She has appeared on numerous radio shows, having regular slots on Star FM, BBC Radio Cumbria and BBC Radio Cambridge. Anne has also appeared on Kuwait morning television, Estonian television and BBC morning news and more recently 'This Morning' where she hypnotised celebrity Natalie Cassidy and took her into her future lifetime. Anne is a leading world pioneer of Future Life Progression and runs the only training school for FLP in the world with 250 practitioners in 8 countries. She is the Chairman of The Past & Future Life Society. She has representatives in Japan, Kuwait, Dubai and Estonia and travels extensively with her sell-out workshops and seminars.
http://www.annejirsch.com