What Does It Take To Be A Pro Wrestler? An interview with Diamond Dallas Page

Home What Does It Take To Be A Pro Wrestler? An interview with Diamond Dallas Page 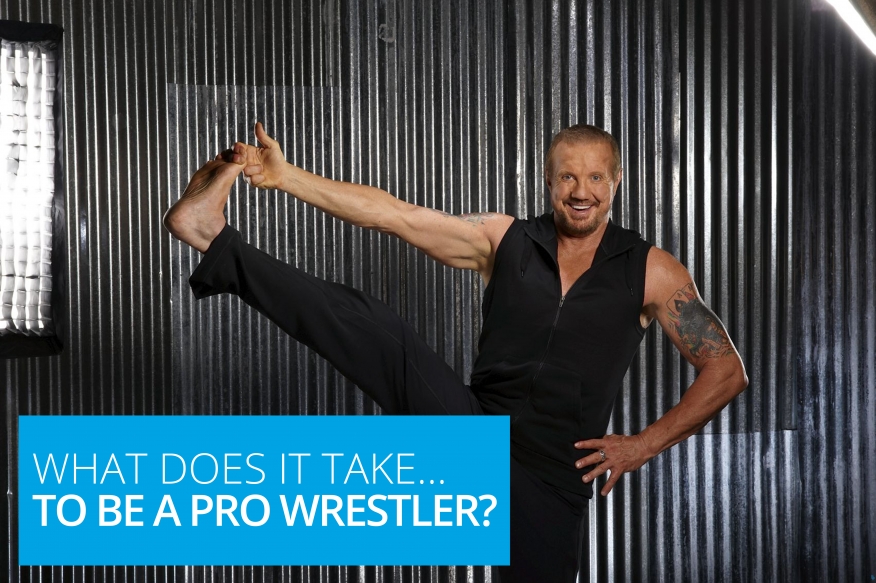 Part of being the best you can be is focusing on what it takes to get there. We’re continuing the “What does it take…?” column, which looks at this aspect of being the best. This month, we’re chatting with former WWE wrestler and current fitness guru Diamond Dallas Page.

How did you make the transition from wrestler to fitness guru?

I developed a yoga programme for guys who wouldn’t be caught dead doing yoga. I didn’t develop it for the yogis. A lot of people are into all this spiritual stuff, and I respect it, but it’s just not part of what I do. The only reason I ever got involved in any kind of yoga was out of necessity. Because my career started at 35, I was constantly looking for ways to hold back the hands of time, but when I was 42 and on top of the world, I blew my back out so badly that three different doctors said my wrestling career was over and, out of necessity, I reached to yoga because that’s all I could do. I ended up combining it with the rehabilitation moves I’d learned, some old-school calisthenics and a whole different level with tone and attitude. Next thing you know, in less than three months, I was back in the ring. I proved the doctors wrong, and I was back to living the dream. At 42 they said my career was over. At 43 I was the heavyweight champion of the world.

To outsiders, wrestling and yoga seem like polar opposites. What do you have to say to that?

I agree, but that’s just on the surface. You know, I often say, “What’s the antithesis of a yogi?” I don’t know, maybe a pro wrestler who was in the movie ‘Devil’s Rejects’ [laughs]. But today, it’s a whole different world. A lot of my career, I’ve taken the path less travelled – I starting wrestling at 35 and getting into my own form of yoga at 42. There wasn’t anybody else doing that, and everybody laughed at me. Today, 40 guys in the WWE do DDP Yoga. Today, there are over 35 retired wrestlers who do it on a daily basis. The WWE PC, the performance centre where all the young guys and girls are coming out of, there’s 71 of them there, 100 per cent of them are doing it. And now, we’ve got football players in my country, baseball players, MMA fighters, and that’s on the athletic side. The big part is on the regular guy and gal side.

My fiancée Brenda – that’s who I love the most – then my daughters [laughs]. It’s sort of like a tie. I don’t want to put one over the other. God, that’s all I need [laughs].

I think watching Arthur Boorman run – that choked me up. He’s 47. He was a paratrooper. He’d been walking with knee braces, back braces and wrap-around canes for 15 years. Over the length of the video he loses the knee braces, the back brace and the canes not just to walk, but to run. After that would be the resurrection of Jake ‘The Snake’ Roberts, watching Jake Roberts go from a shell of man to being inducted into the Hall of Fame this year, all through DDP Yoga. In fact, there’s no spiritual side of this when it comes to the humming and the chanting, but there is when it comes to the power of positive energy.

When was the last time you saw the sun rise?

I was in Costa Rica surfing about eight months ago. I watched it every morning, and I would get ready to go out into the water.

Do you surf often?

I wouldn’t say often. I used to, but I still surf. For like a week or two.

How do you relax, apart from surfing?

I don’t really feel like it’s tense or stressful. I think that while I’m doing my workout, it’s a workout, and at the same time it takes me down because I have to focus on what I’m doing. I’m trying to work on meditation right now. I’m not really good at that, but I’m going to be.

Do people still come up to you and ask you to do the ‘Diamond Cutter’ on them?

All the time [laughs].